This may border on the political but it bears mentioning: Zwarte Pieten 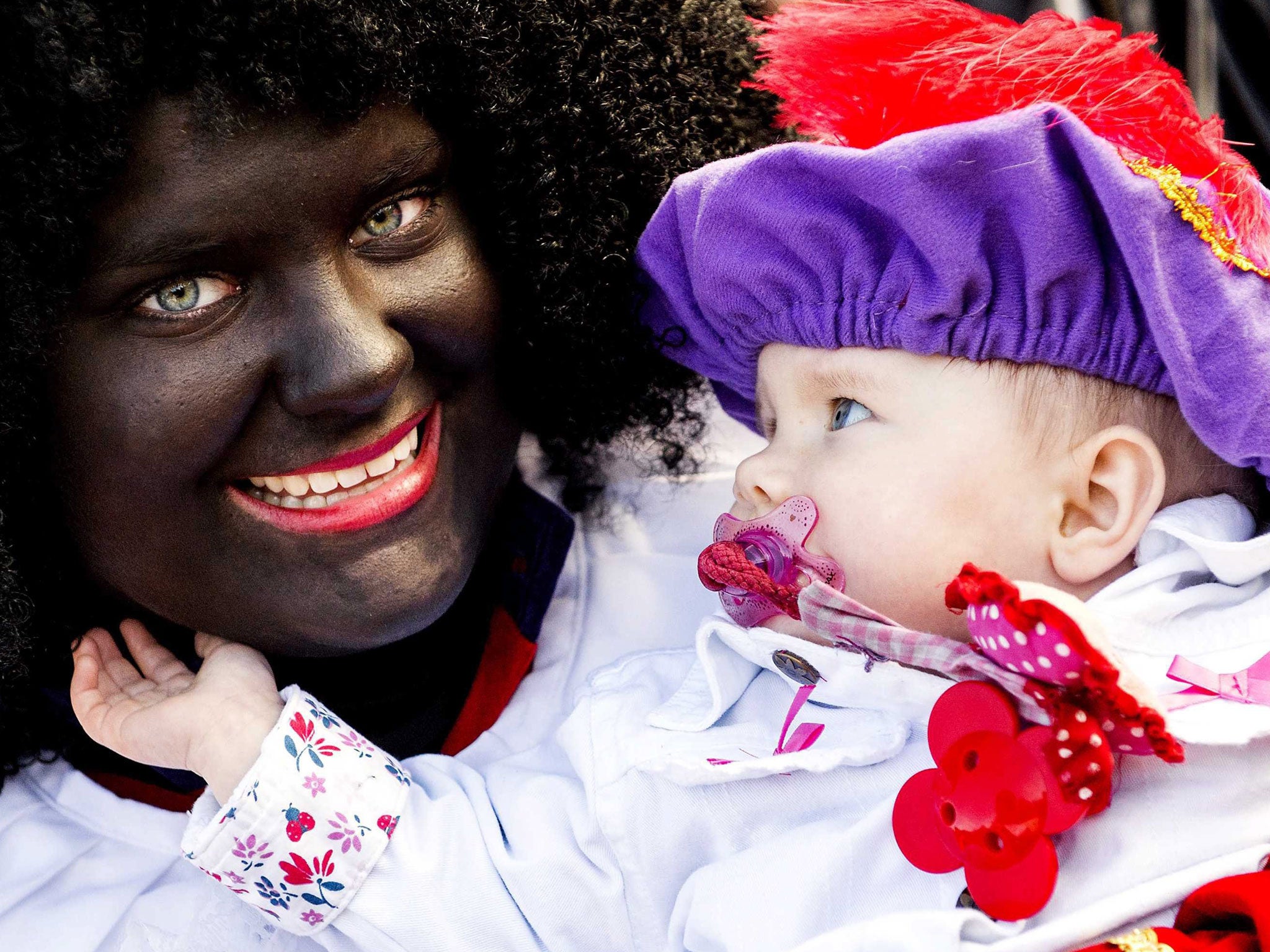 Tensions mount in the Netherlands as UN questions ‘Black Pete’

Can we get a simple round of “amen” to the idea that the UN should be supplied with enough rock salt that there be enough for every Nederlander to tell them to “pound salt” with the expectation that the UN delegates would not be in danger of running out?

As a parent from the Netherlands i have been watching this debate go from a passive protest to downright angry violent behaviour.

If the protesters get their way, there will be only one loser here: The children of The Netherlands.

Why? Because children do not party the accused discrimination or racism that some adults think they get offended by. They party because of the gifts and the awesome parties.

As far as we know, Sinterklaas has been a childrens celebration since the year 1850. The more commonly known Santa Claus actually was derived from Sinterklaas and a few other traditions around Europe.

Let that sink in for a moment … The idea of Santa Claus is from this person.

Now, as you all know, back in the early centuries black (if you yourself prefer the term african american, please feel free to prefer that) people had… let’s say … considerable less rights than any other human. The slaves. It existed. We’re not proud of it. We can’t erase history however. Each and every population on this planet has done things to other people they’re not proud of.

The people who accompany Sinterklaas are called Black Petes or Zwarte Pieten. In the early days they resembled the slaves a lot.

Gradually over time everybody got equal rights no matter what color the skin is, as now is very common in most areas on this planet.

The tradition of the Black Petes however did not change visually. It changed conceptually, but visually they are still black.

Nobody cared. Nobody thinks less of Black Petes. They’re a friendly bunch of helpers giving lots of candy to children. It’s a children’s celebration. Even in World War II Sinterklaas came helping the poor.

Children think it’s awesome. Some are scared, as some children are scared of Santa Claus, clowns or the Easter Bunny.

Except for a very small amount of people that feel offended. They feel racism and discrimination.

Because this small amount of people have finally managed to get their voice heard, the rest of the population here got very very angry.

They got so angry around here that they decied to shout back. A lot. On facebook and other things. People are angry, because they think a childrens party that has been a Dutch tradition for centuries might get destroyed forever.

Just because one may feel immensly offended by a local tradition, it doesn’t mean it’s meant to be offensive. I’m not sure if everybody will ever understand or accept that.

Let’s continue this funny complex hilarious strange tradition. It serves the economy. It makes children happy and everybody party. Why feel offended by some loonies that dress up in black?

So,what’s next?Ditching Christmas and Santa Claus because of the elves?Maybe the little people feel offended when they see pictures of Santa surrounded by not-so-tall persons…

Probably, ‘Sinterklaas’ originated with dark coloured helpers,but the times were different then,and when the ‘whities’ finally came to their senses,the stereotype of the “black servant” (no offense intented!!!)
was replaced with a dark person with a ‘roe’ to punish misbehaving kids.
A ‘roe’ is a 18th century chimney cleaner’s tool,so black Pete went from a ‘dark’ person to a ‘filthy’ person with a chimney cleaner’s attibute…Too bad there are some people who (mis)use this children’s festival to sound politiccaly correct…