I need 4-5 good burners for a few upcoming systems I am building. I have run out of my Optiarc AD-1640s though I still have a few spares just incase my Benq DW1640 bites the dust.

I was initially looking at some of the LiteON and Asus drives, but I’m not sure where to turn now. I will only be burning at 8x speed (MAX), if that matters.

You may not get any answers to this. For one thing, getting hung up on Quality scores is not something anyone around here does, at least, not since MooMooMooMoo quit posting regularly.

The current crop of DVD burners is adequate for most needs, especially since you will be using excellent media. None of them are particularly outstanding in comparison to the others. If I were shopping for a new burner, I’d be looking at the Blu-ray burners from LG and Pioneer, but since you need four or five, that is probably not in the budget.

So flip a coin, or stick with a favored brand. Since I don’t like Lite-on, I’d probably get a Samsung or LG, but you may have other preferences. Asus rebadges drives made by others.

The last time I went looking for a pure DVD drive, I went to ebay to find an Optiarc 7200S in mint condition.

Kerry,
Thanks for the reply! That is the 2nd time I have read about the Optiarc 7200s drive as a recommended option. Do you like that drive better than the 7240/7260s? I will check out the Samsung & LG forums and see how the available drives there are doing in terms of scans, etc. One thing, if i am not looking at the quality score, than which measurements or errors, etc are relevant when making a comparison?

Quality scores can be adversely affected by spikes, so take a look at total PIF values. Look for large blocks of errors in scans. I’m not what you might call one of the “faithful” when considering quality scans, but they can be helpful to a certain extent. I look at TRT scans as another helpful measurement, and real world playback is the final say.

My 7240s was a pretty good drive. My 7200s seems just as good, and has a much better rep around here. I rarely do scans anymore, so I don’t have any direct comparisons between the two.

[The following only covers recently-released models, so drives released since early 2013. And I don’t actually own any of these drives; I just look at the scans posted by others.]

None of the most recent DVDRW drives is amazing compared to the next one, but if you’ve got old stock of YUDEN000 T02 and MCC 004, I think (hope?) you wouldn’t have an issue either way.

Regarding Samsung versus LG: I have a small preference for Samsung’s drives…just because they don’t seem to needlessly release new drive models every few months, so I imagine they are more mature out of the box. And they’ve historically been pretty good at writing, while LG can sometimes be temperamental.

I also have a big preference for LiteOn drives, so if you can get one of those, it should be fine. They’re pretty flexible, but most people get them if they want to perform quality scans and leave the burning to another drive. They are better than other drives with mediocre media, but about equal to other drives when using high-quality media.

[But I definitely think an Optiarc, as discussed above, would be a nice find.]

Kerry/Albert,
Thanks for the followup. I will spend some time in the Samsung forum. My primary burner is still my BenQ DW1640–though I could swear I had another one as a backup–can’t find it though.

I have the Optiarc 7260s as backup(s), but I don’t want to put those in any new systems, since–as you all have noted–the drives today are not as consistent as some of the drives from yesteryear. I was hoping I could find some newer drives like those old ones, but for now it looks like I had better check ebay for AD-7200s–I just checked earlier and have no idea how to determine how fresh the drives are (most are manufactured around the summer of 2008).

It was still possible to find the 7200s as “new” old stock on ebay a couple of years ago, but these days they are all going to be used. So that’s just a crap shoot on their condition. Could be great, could be something else entirely.

Its too bad the manufacturers felt compelled to bring out new models all the time, especially since most of them were just giving higher top speeds, which we generally ignored.

Once optical drives dropped in importance and became commodity products, they slowed down on the yearly new model craze, but by then there were no outstanding drives left, and reliability has not been great.

I’d say for the last four years, I’ve focused attention on the Blu-ray drives, since Pioneer and LG continue to produce good drives there. But they are also very expensive in comparison. Probably a connection there.

In any case, good luck with your hunt. As Albert and I have pointed out, using your old stock of TY and Verbatim, you should have [B]no[/B] issues in getting good burns, even from current burners.

The 7200s are still available in europe in new condition: 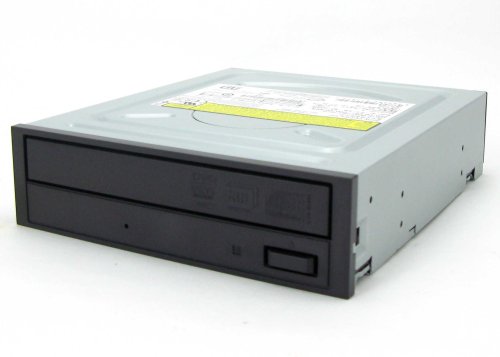 Even more in europe: http://www.heise.de/preisvergleich/eu/?cat=dvdram&asd=on&asuch=AD-7200

I"m not spamming for NewEgg & I don’t have the drive so no comment on it’s burning quality. The price just seems very good.With the promo code.

Cholla,
thanks for the link. my current newegg check shows it at $19.99.

Albert,
I don’t see many threads w/burns from the SH-224DB besides this one:

WHAT is wrong with Astalavista.box.sk?

No matter what i search for, astalavista gives zero hits. Do any of you guys have the same experience, or is it me ?

the user “newfish” seemed to get a nice burn on the MCC004 discs, as one might suspect. Would this be the drive you would recommend?

Chef,
thanks for posting some more ebay links. I’m leaning towards the AD-7200S drive if possible as Sata is much easier to connect to on new motherboards, are there any major differences in terms of quality burns from what you have seen between the IDE and SATA models?

Yeah, the SH-224DB is probably fine for all intents and purposes, and if purchased from the right place, you’d have a decent return policy if the drive didn’t do a good job.

If I may answer for chef, there is no difference in quality between an SATA and PATA model of the Optiarc AD-7200/7201/7203 series.

Just a follow up. I ordered 2x 7200s units from ebay (they look basically new) to compare them against my 7240s and they do look a little better, but I still can’t reach 97%. Let me know what you think of these scans:

P.S. Ignore the date, my Win98 pc is not even on the network and probably needs a new battery.

These are all excellent scans. The 7200s scans are showing lower jitter scores.

Thanks for the reply. Would it be fair to say that based on the slightly lower PI scores that I should burn the MCC004 media in these drives and save the TY for my Benq DW1640, liteon 165p6s and Plex PX716?

The differences in PIF scores are not significantly different. You can use either media in these two Optiarc drives. We have been recommending both media types for almost a decade now, ever since MCC-004 came out, and YUDEN000-T02 even before that.

If you are getting even better scores in the other drives, by all means use the TY there too, but I just don’t see that variations at this level are going to make much difference in real world use.