Which capture/tuner for a htpc?

I have (already own) the following capture and or tuner cards but have not used any of them enough to know which is best (I have never done a comparison). I was just wondering if anyone had any opinions on which was best. I will probably use 2 if not 3 in the same system (nero home supports multiple tuners for picture in picture, recording one channel while watching another etc).

dazzle video creator platinum (external usb, I got this recently and have never even used it). This one doesn’t have a tuner but can do hardware mpeg1/2/4-divx.

aver tv stereo
I have had this one for ages and seem to recall it working ok, but I havent used it in a long time because I lost the software for it (found it now).
http://www.aver.com/products/tvtuner_AVerTV_stereo.shtml

norwood micro pic tv tuner card with remote (compusa brand). I never got this one to work so I have no idea how well it works. It would crash the computer (determined it was a driver conflict) but I have only tried it on the one computer (it is a diffrent computer I am looking at using).
http://www.compusa.com/products/product_info.asp?product_code=333088

Pinnacle pctv pro (It has a remote but I think the reciever is dead).
This is a very old version (not even officially win xp compatible) that I cannot find info on but it works.

Pinnacle studio av/dv, this one is a capture card only with no tuner. I have only played with it a little but it seems to work quite well. 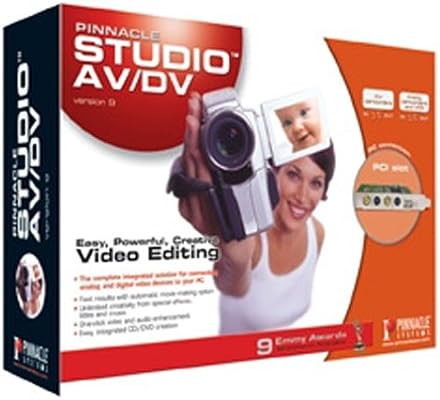 Computer specs are
athlon xp2400
ecs n2u400a motherboard
1gig kingston pc3200 value ram
radeon 8500
whatever dvd burner I decide to put in it out of the ones I have.
soundblaster live 512 sound card (I have an audigy 2 if this one doesnt work out well).

This is actually my weakest computer. I wanted to try it as it will be in the front room conected to the tv and stereo only, and I want my fast machines for computing.

So anyone have opinions on those cards?

On a side note (not related to my question), if it works I may try using this computer as an internet server (so I dont have to string 50 feet of coax cable from the front room to the bedroom anymore), and an always on computer for skype. It might also server as a good backup internet computer. I’m always changing hardware/software on my internet computer so I eventualy have windows problems. It doesn’t help that the baby loves turning things on and off, and he knows how to push and hold the power button to hard shut down the computer. He also tends to rip wires out of the back while it is running (I plan on getting it high enough he cannot reach it but I need a new desk that can acomidate 2-3 full tower computers, high enough off the ground that a 1.5 year old cannot reach anything for that).

ripit,
what kind of transmissions can you receive?
Terrestrial, dvb-s, c, t ???

I’m really not sure. So far I have only been setup for regular analog television reception (even with cable, all my equipment is analog so I have used a box to convert). I’m not sure what digital transmissions are now available here (I live in Irving TX, near Dallas TX). I don’t have any kind of digital receivers though, computer or otherwise.