Which BluRay burner for mac?

Hi everyone this is my first post on here

Ive been hunting for advice on BluRay burners for my macbook pro late 2008 and am totally confused.

I’ve always used pioneer in my desktops as they seem to support the best range of media but it seems there is a problem where the drive sleeps on the mac - anyone had any experience of this?

I’d like the otion of XL etc but seems the prices are huge at the moment.

First things first: the USB2.0 implementation on Apple’s older laptops should support a solid burn to a Blu-ray disc, though it won’t be all that quick. (6x may be the upper bounds for that).

The drive sleeping issue: OS X does have a quirk when putting external drives to sleep. It seems that, depending on the chipset, the Mac can be cycled through a few sleep cycles & wake-ups before the optical drive doesn’t wake up again. If this happens, though, all you must do is power cycle the drive and it will be good to go. (I would say to go ahead and disconnect the drive, anyway; that seems to work around the problem). This happens with many drives, so no worries about going specifically for a Pioneer.

One other thing of note is that, with a disc in the drive, you must use the system “Eject” command from within whatever application you’re using, or install the persistent menu bar eject icon (Google search on that: https://www.google.com/search?q=add+eject+to+os+x+menu+bar). The eject button on the drive itself is ignored as long as a disc is in the drive (even after the Mac is turned off, in some cases).

Right, then. Next up, OS X since Leopard (I believe) supports all optical drives for the use of CDs and DVDs. You could still use a BD-RE drive with CD/DVD media as is normal and be perfectly fine. The Blu-ray limitation, as I understand it (and as you’ve noted), means that none of Apple’s software will play back a typical Blu-ray movie, and you can’t burn to a BD-R/RE disc with any of Apple’s software, but you should still be able to browse previously-written discs such as data discs. (Don’t quote me on that last part).

Backing up your photography shouldn’t be a problem if you have a capable burning program; Roxio/Sonic Toast 10 and newer support Blu-ray writing, at the very least, and some other options may exist that I don’t know about.

Choosing a good Blu-ray ripper might be a different story. I know they exist, but I have not paid much attention to which programs are the best. I would start with the following links, personally:

The Hassle-Free Guide to Ripping Your Blu-Ray Collection

Blu-Ray may be majestic, but it also has more copy protection than any other format around, and playing it on your computer can be difficult to impossible. Here’s how to rip those movies for glorious HD movies, anywhere you want them.

http://www.makemkv.com/ Unfortunately, my Blu-ray drive is ROM only, thus OS X blocks access to it (thanks Apple!), so I cannot give it a try.... 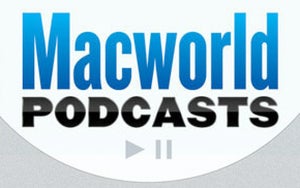 Blu-ray ripping on the Mac

DVD ripping has been easy to do on the Mac for some time. Blu-ray ripping, however, is just starting to make an appearance. Rip Blu Ray’s on your Mac

MakeMKV lets you rip DVD’s and Blu-Ray discs easily in Mac OS X (or Windows or Linux for that matter), and during the beta, the program is free! Each beta release works for 60 days and then i…

All of those links point to MakeMKV and Handbrake, but this forum has quite a few fans of DVDFab, who also seem to have an OS X version. I would go with them should MakeMKV not work: http://www.dvdfab.com/index.htm

Thats great as now I know the problem is not pioneer specific I will get one of their drives.

Would using eSata or FW 800 increase the performance/BD write speeds of the drive?

Ideally I want to get a pioneer 207 internal with an enclosure - if I do is this a good idea and do I need a fan ? or if one of the above does not increase performance is it better to get a specific external drive that only write at x6 anyway?

I’ve installed the eject menu item - didnt even know about that so will come in very handy as before I had to switch back to toast to eject! cheers

I’ve read that MakeMKV is good but will research when I get it.

Do you know about the differences between the pioneer 207 drives as in UK I can get a EBK or DBK is there any notable difference? I know the BK is colour and I think both come w/o software which isnt really an issue as they dont work for mac anyway!

Even if they say OSX isnt supported is that an issue apart from the sleep issues?

If you can use eSATA, that’s preferable. Then comes FW800, as it has a bit more bandwidth than USB 2.0.

Many people see no need for a model of enclosure with a fan, but no matter which route you go, be sure to read reviews on longevity. (Models with fans, if cheap, tend to have poor-quality fans).

Differences: 207E supports BDXL, according to the few searches I’ve done. 207D/plain-jane 207 do not support BDXL.

Pioneer likely says OS X isn’t supported due to lack of native Blu-ray support, but others have gotten comparable BD-RE drives to work.

What BD burners do you rate?