Hi everyone,
My son came over to my house recently and we did some spring cleaning, we went into my hardware closet and found about 35 old ( really old) 2.5" Sata SSDs and even though they were all MLC, they are small amounts of storage and would not be useful inside my computer. So we decided to make a few external USB drives out of them. While the storage amount is minimal in most of them, ( 2X240GB, 4X480GB, 6X512GB), it is large for a good USB drive. I would not be resorting to this if I could get anything for them on eBay, but when I went to sell them, there were plenty of the exact same SSDs selling for between 25 and 75 dollars, there is no place on earth I could buy a 480GB Sandisk Extreme Pro USB drive for 75 dollars. Or an OCZ Vertex 512 USB drive for less than 100 if they even made them, and enclosures are cheap, 8.50 € for a nice one.
So what’s the verdict, does anyone agree with me to keep them rather than sell them for 1/5 of what I paid?

Yes they are fine. Just make sure you EJECT the drive before disconnecting.

Instead of an enclosure get one of the following.
Providing its connected to a USB 3 port there will also be enough power for the SSD.
Plus you can quickly plug in another drive without having to open up an enclosure.

Thanks Wendy, as a matter of fact, it is USB 3.0 and the enclosure I ordered, is very easy to switch out drives, plus for 11USD I could have a few of them if necessary,
https://www.amazon.com/gp/product/B00OJ3UJ2S/ref=ppx_yo_dt_b_asin_title_o00_s00?ie=UTF8&psc=1
I just couldn’t part with those SSDs for what they were selling for, I mean MLC Nand is not easy to find anymore.

Yes they are fine. Just make sure you EJECT the drive before disconnecting.

I tried this with some older drives and a no-name enclosure some years ago. Everything looked great until, by mistake, I once shut down the computer with the SSD still connected. Next time I plugged in that drive the entire partition table had been wiped. One would think that, in the process of shutting down Windows would flush all of the drive buffers first, but aparently that wasn’t enough for a clean removal.

Edit, a bit more research, I also got this one that fits 3.5 mechanical drives and 2.5" SSDs, I am also going to keep the one on the top because it has a power button if you look close enough that acts like I am disconnecting the drive. I do have about 50 TBs worth of movies and other films, that was part of a treasure trove of things that my Dad left and I had a company convert the tape into .mp4, so I could actually see what it was. I had this done years ago and now they are on a big mechanical drive. I sort of like this idea because the older SSDs are not really worth much and I spent a ton of money on them back in the day. So at least this gives me a realistic use for them.
https://www.amazon.com/Inateck-Converter-Adapter-Included-UA1001/dp/B00N4JUOI2/ref=sr_1_18?crid=GDN8PJTAVNKV&keywords=Inateck+FE2013+2.5+inch+Hard+Drive+Enclosure&qid=1651522926&sprefix=inateck+fe2013+2.5+inch+hard+drive+enclosure%2Caps%2C411&sr=8-18

Don’t just switch the drive OFF. It has to be unmounted first.
When you connect an external drive you’ll get a little ICON appear in the notification area of the taskbar. Click on it and it will say Safely Remove and Eject the Device.
That’s how you unmount the drive.

I am an old man and I am still learning new stuff from you Wendy, thank you.

It came today and works great, it initialized directly from the USB port. I formatted it to NTFS and now I have an OCZ Vector 512GB (474GB after formatting) USB drive. I am really pleased I did this. The USB drive that I usually buy are not dependable unless I buy an expensive one like the Sandisk Extreme Pro, and they are at a minimum 150USD for a 512GB (I think)
Thanks Again 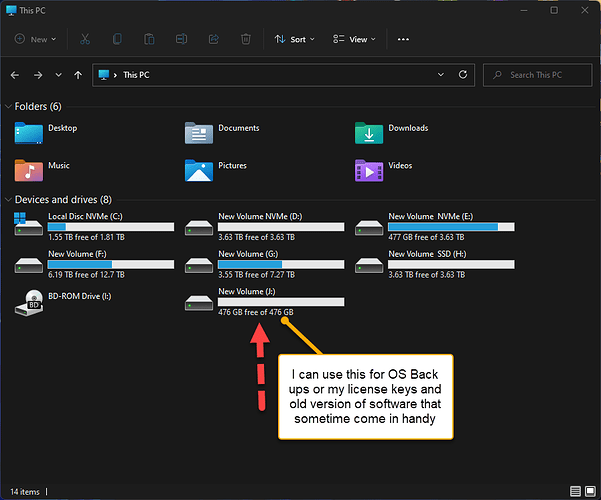 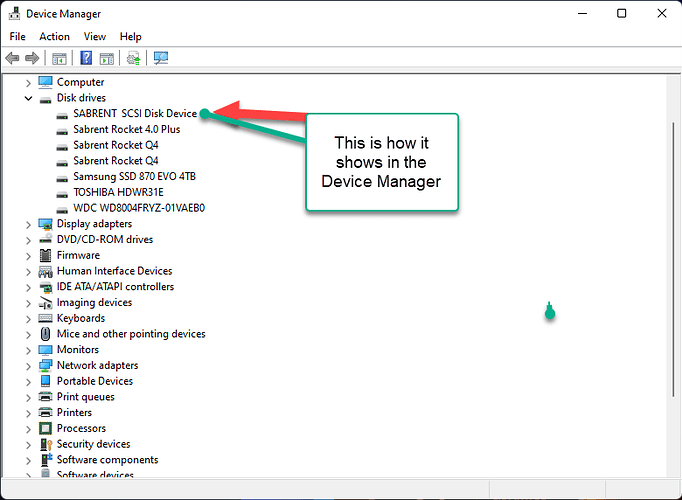 Thanks Wendy, as a matter of fact, it is USB 3.0 and the enclosure I ordered, is very easy to switch out drives, plus for 11USD I could have a few of them if necessary,
https://www.amazon.com/gp/product/B00OJ3UJ2S/ref=ppx_yo_dt_b_asin_title_o00_s00?ie=UTF8&psc=1
I just couldn’t part with those SSDs for what they were selling for, I mean MLC Nand is not easy to find anymore.

I’ve got that same enclosure but in the transparent flavour. It works beautifully, and is able to utilise my USB 3.0 port at max speed.

, and it’s still performing flawlessly without a single bad sector.

Compare that to my latest TLC Samsung 870 EVOs in 2TB and 4TB, both of which developed bad blocks within less than 3 months of use, I had to RMA both (one got rejected cause “1” bad block is not enough apparently). So as far as SSDs go, it seems that the very old MLC ones are still pretty reliable, especially if you’re thinking short term storage or file transfer.

The issue with the other adapter options suggested is how prone to accidents they seem to me, especially on my cluttered desk, I’d be always worried I’d knock one off by mistake and the SATA connection will get disconnected.

Also for the 50TB archive that you have, please make sure you have at least another backup copy of it, and keep checking them up every once in a while and check their SMART values to catch any issues before it’s too late. My main 10 TB backup decided to die on me a while ago, and I had to spend several days recovering most of the files from it, and trying to dig out the damaged ones from my older HDD backups. Since then I’m keeping 2 separate physical backups at least at all times.

I used old SSDs but good ones, they were brand new laying in my hardware closet, I forgot I had them. Old OCZ Vector 512GB, so I don’t think they will go bad that fast, all MLC nand.

IMO. The best SATA SSD ever made.