Toshiba Samsung Storage Technology (TSST), the joint venture between the two named firms that manufactures optical drives, is no longer making them according to sources familiar with the matter. This has left some third parties purportedly low on stock and could mean just LG and Liteon are the remaining ODD makers by the end of the year.
Our source on this news claimed that two separate people working for optical companies that rely on TSST hardware confirmed this rumour, stating that TSST has halted production entirely and will ship out its last few batches before the end of the year. They claim that this will leave just LG Hitachi making optical drives by 2017. 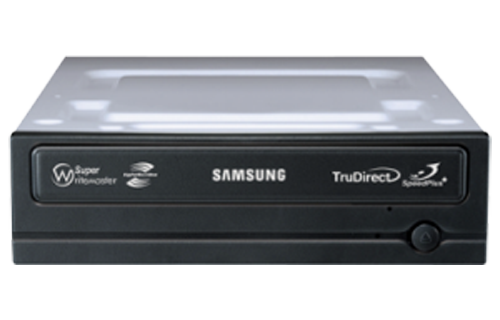 Did Pioneer stop their production? If not, there’d be LG and Pioneer left?

[QUOTE=Oinker;2774815]Did Pioneer stop their production? If not, there’d be LG and Pioneer left?[/QUOTE]

Panasonic should still be producing drives, too.

Lifespan of a Samsung SE-506CB is ridiculously short…

Panasonic should still be producing drives, too.

I asked this in the news story, but might as well cross post. Who is actually making Pioneer’s Blu-ray drives these days? I haven’t seen a Pioneer DVD drive in a long while, and the last ones weren’t worth spit.

[QUOTE=Kerry56;2774842]
I asked this in the news story, but might as well cross post. Who is actually making Pioneer’s Blu-ray drives these days? I haven’t seen a Pioneer DVD drive in a long while, and the last ones weren’t worth spit.[/QUOTE]

It’s possible that Pioneer has asked QSI to manufacture any BD drives not made in Japan*, given their last few DVDRW drives were rebadged of QSI models. The only difference being that the BD drives are still of Pioneer’s design.

Or it’s possible that Pioneer still has its ODD facilities running at a reduced capacity, or is in a joint venture with Quanta/QSI. But I’ve never seen any news snippet that specifically states what their situation is.

(*: at the very least, the BDR-S09J-X is labelled as made in Japan, probably by Pioneer itself; assuming they don’t have a limited run already produced, that means they still have at least one facility actively pumping out said premium drive)

And even Pioneer BDR-PR1Mx are all made in China

However, all Pioneer BD drives are manufactured on Pioneer’s own facilities, as far as I know.

And even Pioneer BDR-PR1Mx are all made in China

However, all Pioneer BD drives are manufactured on Pioneer’s own facilities, as far as I know.

Thanks for the correction.

Luckily, my BDR-S06XLB was MIJ.

Hopefully this is just a temporary setback.

If not, then hopefully somebody else will buy the operations/tech from Toshiba/Samsung and continue producing tsst dvd drives. (Such as somebody like Asus or Vinpower).

I find Samsung internal dvd drives are the best for reading basketcase dvd/cd discs. Perhaps it is time to stock up on remaining inventory of Samsung SH-224FB (or GB) drives.

Some press release about a “corporate rehabilitation” for TSST-K with a May 12, 2016 date.

Or is this TSST-K finding a way to negotiate its debts without formally filing for bankruptcy?

Some insight into TSST.

It appears TSST-K’s 49.9% shareholder is Optis, who also manufactures the OPU in Samsung’s dvd drives.

It just happens Optis also recently went into the mobile phone market, when they bailed out Pantech.

An approval by a Seoul court has ended the South Korean smartphone maker's 14-month court receivership.

A newly merged Optis and Pantech organisation would look beyond South Korea to grow, the chairman of Optis has said.

Mobile phones seem to be a crappy market to be in, especially when they’re competing against Apple, Samsung, and LG.

Hard to say for sure what Optis’ intentions are, in doing a “corporate rehabilitation” for their optical drive business TSST-K. That is, besides finding somebody else to take it off their hands.

Who will buy such a business? Will LiteOn or LG (or somebody else) buy up the carcass of TSST? (ie. Similar to how LiteOn purchased the optical drive remains of BenQ).

[QUOTE=jcroy;2775032]
I find Samsung internal dvd drives are the best for reading basketcase dvd/cd discs. Perhaps it is time to stock up on remaining inventory of Samsung SH-224FB (or GB) drives.[/QUOTE]

On the other hand, I may possibly be fooling myself in the end.

I had one local friend who purchased a lot of hd-dvd movie discs back in the day during 2006->early-2008. At the time in early-2008 when hd-dvd died after Toshiba formally pulled its support, this friend went out and purchased more hd-dvd movie discs and several discontinued hd-dvd players as “backup” players at clearance prices.

Fast forward to today, this friend rarely ever plays any of the hd-dvd discs. It was easier to just buy the bluray versions of the same hd-dvd movies from the $6-$7 bargain bins at WalMart.

I passed by the local computer store earlier in the evening, and noticed they had four SH224FB drives in stock with a January 2016 manufacturing date. They also happened to be on sale.

This is the only nearby store which sells through inventory relatively fast. (The other nearby computer stores seem to take longer to sell through the dvd drives inventory, and/or they don’t carry any Samsung models).

I gave in and purchased all four SH224FB drives.

Ripped ten+ dvd discs on two of these new drives. Will rip through several tv show dvd season sets on the other two drives, to see if there’s any immediate problems.

So far I haven’t been using my Samsung drive as a primary nor secondary ripping drive. I have only really used my (first) Samsung SH224FB drive for dealing with basketcase dvd discs, which the LiteOn and LG can’t rip properly at all. More recently, I’ve occasionally used my (first) SH224FB drive to rip some tv show dvd season sets released by 20th Century Fox. (Apparently Fox’s quality control has deteriorated greatly over the past several years, for their multidisc dvd sets).

I suppose now I can just alternate between several SH224FB drives, when ripping cantankerous tv show dvd season sets manufactured by Cinram. (ie. Fox and Lionsgate were Cinram’s largest clients for bluray/dvd disc manufacturing until late last year, when Cinram was bought out by Technicolor).

Otherwise my LiteOn drives are my primary ripping drives, and the LG drives as secondary drives. (ie. Secondary drive for ripping dvd discs a second time, and subsequent times).

How much this affects TSST manufacturing, is unknown.

Some poorly translated excerpts from second link ^ (from Korean) via google.

Optimus seuneun was put to results issued by the liquidity crisis forced financial institutions loans and convertible bonds for the acquisition of Pantech, after reportedly been put in court.

Pantech is struggling to improve the constitution, such as addition decision to cut back half of the last remaining employees followed all recommendations last year to 400 people among more than 900 employees have resigned.

Pantech is struggling to improve the constitution, such as addition decision to cut back half of the last remaining employees followed all recommendations last year to 400 people among more than 900 employees have resigned.

Some insight into Pantech’s woes and layoffs.

After a dramatic rescue from debt last year, South Korea's third-largest smartphone maker is to commence another restructuring that will cut its workforce by half due to a failure to find new investors.

Or is this TSST-K finding a way to negotiate its debts without formally filing for bankruptcy?[/B][/QUOTE]

Also in the above first linked ^^^ article, mentioned what exactly is “court receivership” in South Korea.

Pantech filed for [U][B]court receivership – South Korea’s equivalent of Chapter 11 of the US[/B][/U] – in 2014 and escaped bankruptcy last October after 14 months of looking for a bidder.

The facility in question referred to in the OP which recently stopped manufacturing TSST dvd drives, appears to be SEPHIL in Calamba, Laguna in the Philippines.

SEPHIL is the former “Samsung Electronics Philippines Manufacturing” which Samsung sold to Optis in August 2012.

Samsung Electronics has a new strategy for the future: `concentrate competency...

Samsung Electronics drastically reduced the number of joint ventures and companies it ...

Hard to find any good information online about possible layoffs from this Calamba, Laguna SEPHIL facility.

Perhaps this shouldn’t be too surprising.

Dropped by the nearby computer store at lunch today, and noticed they’re dumping the Samsung drives at clearance. (SH-224FB oem drives with a January 2016 manufacturing date).

I asked when they will be getting in the newer SH-224GB model, but they didn’t know.

A recent article written by a blogger who appears to live near the Optis/SEPHIL facilities in the Philippines.

The next story that Iâ€™m going to share with you happened right next door to where I work on my day job.

Optis is one of the new companies that stood in one of the many business parks in the province of Cavite, Philippines. It was only about three or four years ago when a building was constructed and the company hired hundreds of Filipino workers to work in their manufacturing floors. However, early this year, we took notice that the usual operation workers have not been going in and out of the company buildings, leaving them to seem deserted. A rally event occurred and left rumors that the employees have not had work since January of this year 2016, and the company has kept the reason a secret from the workers.

Out of curiosity and perhaps concern, Iâ€™ve researched some details regarding the issue and found an article from Pulse News, revealing that Optis has filed for court receivership to avoid bankruptcy. The article says that Optis has been growing its business aggressively by acquiring one company and another. However their optical disc drive (ODD) technology product, or more popularly known to us as the hard drive, has grown low in demand because more are now switching to mobile memory cards.