OK all you smart folks out there. Try this on for size.

Why is there a hole in a cd or dvd?

I mean c’mon it would spin whether there was a hole there or not - wouldn’t it? A frisbee spins and it’s got no hole in the middle.

The way I see it, they could have increased the storage capacity of the media’s if they left the hole out.

Data is recorded on the surface from the center going outwards.
If you have taken apart a CDROM before, you would see the loading mechanism with 3 silver balls towards the outside ring. The bearings hold the CD - lets it spin.

If you think about it, how else would the CD stay in place and spin symmetrically?? By a mechanism holding the outside of the disc?? No - data is recorded there. If it was held by the outer ridge, we probably would have a lot of shattering CDs and screwed up drives - not to mention very low speeds of reading the ROM in the first place.

What your saying only makes sense on some players. The player on my PC has no center post with three small bearings. I would imagine that slot loading players also don’t have the center post, so… I ask again.

Why is the center hole there, if a post is not needed in my PC cdrom and in a slot loading cd player?

In a slot loading CD Player, there is a center post. When the player pulls the CD in, it holds the disc in place (usually via a tray) and then the center post rises into the hole in the cd and snaps in via the bearings (and the support tray lowers). I would love to see your drive - regardless, I have yet to see a CDROM player that does not utilize the hole in the CD.

how exactly do u think a disc spins without utilizing the hole in the middle? it magically spins and hovers on its own? a frisbie is thrown through the air, it doesn’t spin in place.

I thought small fan creating a vortex effect. But I see where the post is simplier and makes much more sense:o .

Thanks for the lesson.

Don’t give the cdrom manufactorers ideas. If they could sell us all new players, they would.

OK. Glad you all enjoyed this little romp.

Can I hijack my own thread and ask a serious question or two?.

A mod should move this to the Jokes and Funnies thread immediately :p.

I found some branded Memorex DVD+R online for a decent price - 25 discs for 30.00 - with free shipping. Does anyone have a better price for branded media?

Mind telling me where,and what speed???.. 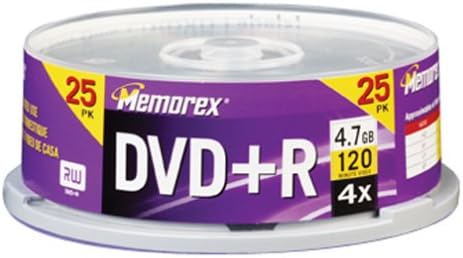 It says 4x. I hope the link works. Otherwise just go to amazon and search.

Can anyone answer my other questions?

Originally posted by eoniverse
[B]

With respect to both opticals on the one channel, burning on-the-fly is also possible, even with SafeDisc 2, when the reader and writer are on the same channel; but the reader has to be a good killer of error based protections, otherwise there is potential for buffer underrun to the point of instant coaster.

If you want to read to disk first then burn, place the reader onto the same channel as the burner.