As being from the Netherlands we’re expecting medals for swimming, female cycling, hockey, rowing and probably more of which I’m not aware off.

I look forward to the cycling, anyone else looking forward to something? Or is there no interest in sports here anyway?

Watched the ceremony and then firework display out in my road. Looking forward to a fair bit, especially the track cycling. Got tickets, going to be in the Velodrome on the day of the mens sprint final

The whole thing was phenomenal once it got up and running.

A visual extravaganza from beginning to end.

Who’d have imagined the Queen agreeing to act with James Bond too!! 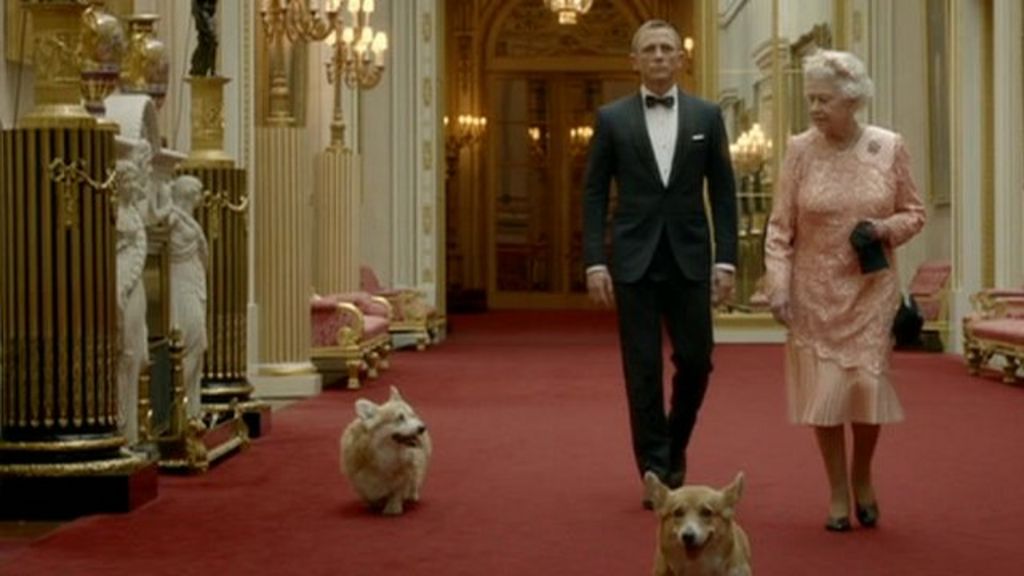 The BBC's head of drama, Nic Brown, reveals the story behind the making of the Olympics opening ceremony film with the Queen and "James Bond".

[QUOTE=Wombler;2646025]Who’d have imagined the Queen agreeing to act with James Bond too!![/QUOTE] That bit was quite amusing!

I must have been the only one not watching it! Whoops! But I did read the live feed on the BBC News site

No, you weren’t the only one not watching it. NBC in America ‘owns’ the American live-streaming but EuroSports TV might slip some streams in, too. We are watching the cycling road-race Sat morning early.

Steephill.TV may be an avenue to check for other streams.

I just realised I can watch the coverage live on the BBC News site, woohoo! I don’t usually switch on the TV during the day, so that’s handy.

And they have a separate feed for the tennis - excellent

Even though I enjoy most of the events at the Olympic Games I myself enjoy the gymnastics most of all.

I watched the opening ceremony last night, and it was very impressive.
I too liked the queen and James Bond bit, I also though the Mr Bean bit was excellent.

I probably wont watch the games much this week, but for sure when the athletics start, I wont want to miss a minute.

Having said, I may watch the swimming events, and for sure the cycling events.

I was shocked that the Men’s Road Race peleton let Vino take off with 7km left, as he chased the Colombian. Did those guys think “Vino is too old for this now” or what? Well, congrats to him. Maybe he’ll even pass his blood-test - not that I give a hoot about the doping claims and charges.

[QUOTE=ChristineBCW;2646059]I was shocked that the Men’s Road Race peleton let Vino take off with 7km left, as he chased the Colombian. Did those guys think “Vino is too old for this now” or what? Well, congrats to him. Maybe he’ll even pass his blood-test - not that I give a hoot about the doping claims and charges.[/QUOTE]

I don’t think the rest of the lead group had the legs left to take on Vinokourov and the speed that Uran Uran went off at was phenomenal.

Cancellara could have taken them both on though and would probably have won but for that unfortunate accident near the end.

Vinokourov has amazingly strong legs and I’ve enjoyed watching him in the past in the mountain stages of the Tour de France, making continual attacks just to assess the state of the other riders.

He’s a master of the tactics too so it was no surprise that he blew Uran Uran away when they got near the line.

TBH I think Team GB’s tactics let them down a bit as they should have never allowed such a large group, containing such experienced riders, to get too far ahead.

If they’d chased them down earlier in the race the result would have been a lot different, but great to see Vinokourov’s career finish on such a high. Particularly after all the problems he’s had in recent years.

I watched some of the opening ceremony. One thing I noticed was there are now so many countries and so many capitals and so many people.

Uran Uran - I love that. Yes, he makes this wide sweep to the wrong-side of the road that forces Vino to take the lead-out position, but Vino - wisely - doesn’t even pretend to tail after him - he jumps entirely and by the time Uran looks up again (he’d dropped his head during that wide wrong-side-of-road plunge!), Vino’s got 20-30 yards on him AND speed AND is on the inside of the next curve!

I don’t know if Uran could have nicked him had he been more judicious but he very certainly gave up all of his chances while Vino merely took advantage of what was offered.

My contempt was really on display for that mass sprint for - oh, what? 36th Position?!! Sheesh. I’d have rather then rode across, arm in arm, looking like a bunch of lycra’d Rockettes or something. [I]Kick boom bah, kick boom bah… “Yippee!! I won 36th!!” [/I]

The Cancellara crash - blast. I’ve cheered him in the past, and would have again.

I have ambivalent to negative feelings toward Vino, with a few proviso’s - this has GOT to be near his last-ever year of racing. (I thought that 3 years ago, too, but is Jens throwing down the gauntlet?!!)

There’s also Vino’s better bike-handling in 2003 on the melted tarmac when 20 seconds later, poor Joseba Beloki lost it and we witnessed on of the most excruciating injuries in cycling history. Ugh. I still cross my legs…

We went up to the hospital that night to see him, and it was packed with most of the riders walking past, just waving and nodding, wishing best of luck. Except Vino wasn’t there. Don’t know why, but I was incredibly unhappy with him.

And then in 2004 (or was it '05?) when Vino is apparently feuding with Ullrich & Kloden, sprinting off and Kloden leads the peleton up to him. I would like to hear Vino’s side of that - was he just testing the opponents, all by himself? Playing some kind of “we hate each other” game like a chess gambit?

We recently upgraded our cable to include a bunch of NBC channels and consequently get all the live streams. They are so much better than the network versions…They don’t jump from sport to sport, you get to see how they set it up and you don’t get all the commercials…But there appears to be a server log-jam at the moment…Very S_L_O_W to change streams…Relaunching it helped.

That’s one of the things South Korea is good at. Both of the major portals, Daum and Naver, have offered live sports on their own applications for some years - up to HD 1920*1080, no serious visible quality loss compared to conventional HDTV. The best part is that it’s usually at nearly zero cost - I mean though I pay about US$20 per month, it’s negligible considering how much the bandwidth and data traffic limit actually are, and so much more than what LTE and all the other competing technologies offer. I can watch several live HD videos from London at once. I don’t do that though as this country has to rely on expensive submarine fiber cables across the oceans.

The players from rich countries carry phones and cameras. That’s nearly another first on Olympics. NFC is also live during the whole games and on all the venues. Free Galaxy S III for all the important officials. Free Wi-Fi by British Telecom.

[QUOTE=ChristineBCW;2646082]And then in 2004 (or was it '05?) when Vino is apparently feuding with Ullrich & Kloden, sprinting off and Kloden leads the peleton up to him. I would like to hear Vino’s side of that - was he just testing the opponents, all by himself? Playing some kind of “we hate each other” game like a chess gambit?[/QUOTE]

He was just testing the opponents by himself as it was against team instructions and he got a warning for it afterwards.

Vinokourov had indicated that he or Kloden should lead the team if either of them proved to be better than Ulrich and this was his way of trying to prove it.

His contract with T-mobile was up that year and as he intended to change teams anyway I don’t think he was too worried about the repercussions.

It was fantastic to watch though.

We caught some replay Volleyball Saturday night, and we’re starting breakfast cooking with the Women’s Road Race going. Wet roads, a few slip-downs. Reason #1 to wear gloves - save the skin on the palms of my hand!

I watched some Judo and Archery games. South Korea added one bronze medal in Judo and will add either gold or silver in Archery Women’s Team. Russia vs China semifinals now while raining. Current score (6/24) - Russia (50) vs China (55).

Watch the women’s road race, shorter but was more interesting than then men’s. Thought Armitstead done really well to get the silver.