A Florida man was shot and wounded over the weekend by his dog, who walked away without charges, police said.

Florida man was shot and wounded over the weekend by his dog, who walked away without charges, police said.

Gregory Dale Lanier, 35, of Frostproof, Fla., told police Saturday that he and his dog were in their truck in nearby Sebring when the dog kicked a gun that was on the truck’s floor, the Highlands Tribune newspaper reported.

The gun went off, shooting Lanier in the leg, Sebring police said.

and the dog ate the mans sons homework to.

what they gonna arrest the dog for, for being a dog. The guys lucky it wasn’t a kid that shot him.

I’m sorry I can’t understand that. I have 13 or so hand guns and none of them would “go off” even if dropped hammer down onto concrete. In order to fire the trigger must be pulled.

Here in Honah Lee people cannot carry knives without being fined and/or jailed, and over there even pets and appliances are allowed to use guns!

The dog did do it

Well another dog has done it again we are going to have to figure out how to keep guns away from dogs.

Please do not make the post about gun control except for dogs, do not want to get into the gun control issure. I just think this is funny and we need funny sometimes 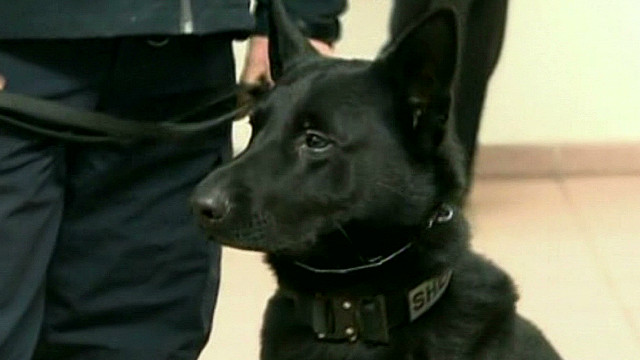 A Massachusetts police dog searching for a handgun not only found the weapon but fired it with his paw, a police chief said Sunday.

A Massachusetts police dog searching for a handgun not only found the weapon but fired it with his paw, a police chief said Sunday.

No one was injured when K-9 search dog Ivan discharged a bullet as he indicated the gun’s location, Lawrence Police Chief John Romero told CNN.

The cats drove the dogs to guns

It’s a bit worrying that dogs have started figuring out how to use guns… but consider what would happen if CATS were to figure it out as well - then there’d be no more doubt about them ruling the world!?!