This Sony BD-5300s is on sale for one hundred bucks and free shipping at NewEgg today (Tuesday 12/14) only.

The BWU-500S however costs 155 bucks with no free shipping. 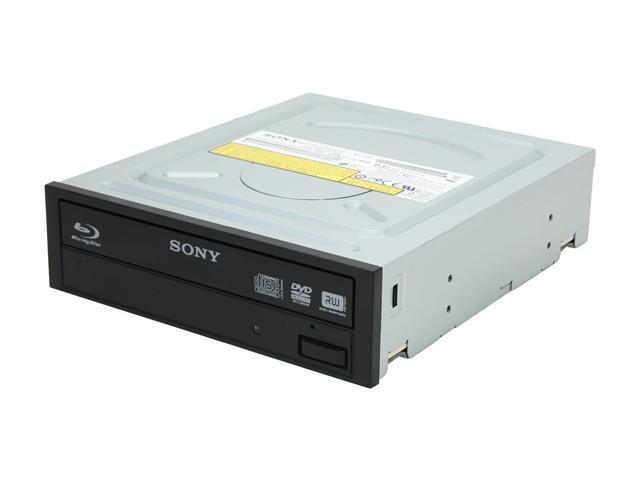 This Sony BD-5300s is on sale for one hundred bucks and free shipping at NewEgg today (Tuesday 12/14) only.

The BWU-500S however costs 155 bucks with no free shipping.

I’d really like to get a blu-ray burner . . . I just know as soon as I buy this one the price will drop even more in 6 months.

What kind of write speeds is this on DVD

Hard to believe that Sony would stoop to have Liteon manufacture their products for them.

[QUOTE=ricoman;2563219]Hard to believe that Sony would stoop to have Liteon manufacture their products for them.[/QUOTE]

That was a joke right??? I thought Sony was using Lite-On drives even back in the DVD burning days.

[QUOTE=Two Degrees;2563232]That was a joke right??? I thought Sony was using Lite-On drives even back in the DVD burning days.[/QUOTE]

Not that I’m aware of. I know they partnered with NEC and I think LG for a short while, but I don’t remember Liteon. I could be wrong of course, I’d just be surprised. Sony usually makes their own stuff.

Now for NE to leave it at that price (at least until Dec 27th for Christmas) so we can get some more early(ish) adopters onboard.

maybe a firmware update will do that… I could only get cd-rs to do a scan, not even dvd scans worked properly (error)

When Sony released their first DVD burner it was a pure Sony designs as far as I know and was pretty good at the time. They added plus R support I believe and 4x for free later.
I bought one when they were available at Fry’s and it was OK and was very well built. It didn’t always go 4x like it claimed but the disks always seemed to work.
I think after that they decided it was costing too much money to design and build in house and started having other OEM places build drive for them.
I paid 350 for mine and it was my first DVD burner, only had it about a year, then all the low price good quality 8x burners started showing up for less then 100.
Now we’re doing BD burners that are faster then the first DVD drives for much less money…

and just think what the first CDR drives cost.

SONYs first DVD burner was the 500DRU, IIRC.
Then they rebadged more and more drives…

Yep, my first CDRW burner was a Yamaha 4260 that I got around 97/98 paid 450 for it online.
It was more expensive becuase it was 4x speed and included RW support which I hardly ever used.
I went through quite a few burners after that has again the price dropped rapidly for faster and faster drives, plus the media got dirt cheap fairly quickly.
Tried a Panasonic first but couldn’t get it to work right so took it back and ordered the Yamaha after doing a lot of research.
That was back when you needed a SCSI card to make any of the burners work, as many of us remember, IDE wasn’t fast enough to keep up.

Talking of that, bought my first CD-R recorder in mid 97, Philips 2600 2x SCSI (HP readged the Philips drives), then many others from Yamaha, Sanyo, Mitsumi, Philips, Teac, AOpen, Asus, Plextor, Ricoh, Sony, Traxdata and also the Panasonic 7503B (IIRC), which was the cheapeast of the fast burners at that time and worked flawlesly here.

SCSI was great and Yamaha made the best quality CD burners (Plextor did some too, okay).

At this moment, there is one user review of this drive on NewEgg, and it says that the specs as listed by NewEgg are wrong. I went back to look at threads on this drive in the Bluray forum, and sure enough, the specs are very much like those of the LiteOn.

So CVS is probably right, the two Sony drives are LiteOn clones. If you are concerned about the low speeds, as listed by NewEgg, they are erroneous.

I was really hoping this drive was NEC chipped

Are there no NEC chipped BD burners yet? My 7200 Series drives are incredible! I want the BD equivalent LOL! My LG (WH10LS30)is so far good. But i’d like to find a TRUE Nec burner. Liteon let me down. The iHES108 has been far from useful…and that’s not the only lite-on to let me down either

i don’t think sony optiarc bd-5300 is a liteon clone.
it’s based on the same Mediatek chipset, but it is manufactured by sony optiarc

[QUOTE=Benza22;2619804]i don’t think sony optiarc bd-5300 is a liteon clone.
it’s based on the same Mediatek chipset, but it is manufactured by sony optiarc[/QUOTE]

What makes you think that? The drives manufactured before 7/11 can be crossflashed to a Lite-on.