LAS VEGAS - As the Consumer Electronics Show winds down, another famous Las Vegas convention is just getting started with a few new gadgets of its own.

At a demonstration at the Adult Entertainment Expo on Saturday, a dark-haired, negligee-clad robot said “I love holding hands with you” when it sensed that its creator touched its hand. Yes, indeed: A New Jersey company says it has developed “the world’s first sex robot,” a life-size rubber doll that’s designed to engage the owner with conversation rather than lifelike movement.

Another action, this one unprintable, elicited a different vocal response from Roxxxy the robot. The level of sophistication demonstrated was not beyond that of a child’s talking toy, but Roxxxy has a lot more brains than that â€” there’s a laptop connected to cables coming out of its back. It has touch sensors at strategic locations and can sense when it’s being moved. But it can’t move on its own, not even to turn its head or move its lips. The sound comes out of an internal loudspeaker.

I still prefer the Cherry 2000 model. 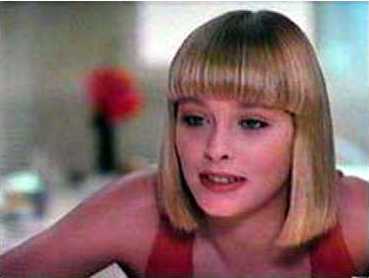 I do to was a great movie

[/QUOTE]
As I recall, he ditched his cherry2000 for a real “doll” … err … never mind.
No wonder all those terrorists were pissed. Sloppy seconds