has anyone come across any sata cards that support sata optical drives???
pci or pci-e either type

Sure. I use a PCI card with the Silicon Image SiI 3114 chip. The SiI 3112 also works well according to posts I’ve seen here.

Here’s the one I have: 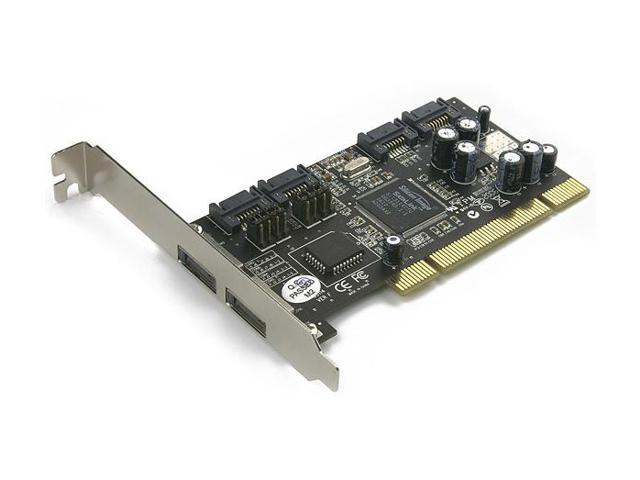 I was a bit concerned during installation because the manual doesn’t agree with the actual BIOS installed in the card. I thought for a while it would only do RAID but it turns out the latest BIOS and driver can do either RAID or non RAID.

Device Manager shows it as a RAID device and I can only install the RAID driver, but it works for non-RAID.

It works perfectly except for one thing. I can’t install XP when I boot up the XP install disc in it. I guess I could if I wanted to hit F6 and insert a floppy, but I have easier ways of installing XP, including using an external USB drive.

Everything else works, including booting up Linux or BartPE.