Raid on Swedish ISP, nothing found on the servers

Since the news about the Swedish ISP Bahnhoff was published here I thought I’ll post a little update.
Reuters conclusions was false and I presume they wont go out to correct it now when the protocol from the police is published.
Not even the Swedish media, apart from “Inrernet World” magazine, has bothered to follow up on what a fiasko the raid was.

The files that was supposed to be present on the servers in question was never found. No software for distributing files and no logs confirming that the servers been used for spreading material was located either.

All in all it’s been an interesting week in Sweden though.
Filesharing is very widespread here and the attempts lately to crack down on P2P networks etc has taken some major blows.
The “Antipiratbyran” is the organisation set up by the film, software and games industries to harras people by sending letter to ISP’s about users suspected to be sharing material and now raiding the ISP’s themself.
Their wepage was hacked just after the Bahnoff raid by an organisation called “Arga Unga Hackers” (angry young hackers).
They had gotten access to the mail correspondance from the “antipiratbyran’s” server and publicised letters exposing informers with full name, social security code and address on the hacked website.

In the midst of all this the new “US harmonised” laws was passed making it criminal to not only share but to download material.
The swedish government tries to tone the law down the implication of the law and have been saying that it will not be used to hunt normal people, and it’s to get to the people earning “big money” on piracy.

With the amount of people with broadband connections the selling of pirated material is to my knowledge very small though.
And the previous law was for sure sufficient to deal with any individuals in the business of selling pirated material.

A prosecutor yesterday dismissed a piracy case due to that he viewed the gathering of IP addresses as incompatible with the laws prohibiting unauthorized gathering of personal information.

Now there is a big resistance brewing and organising, and there will be a lot of action defending the rights to download and share material in the coming months for sure.

So the MPAA is deliberately using smoke and mirrors to confuse both the media(all) and the public simultaneously. How far will these sly foxes go with this charade!

Don’t suppose you’ve got an online link to the information? I’m really interested in this news, but can’t find anything on google from the keywords “Bahnhoff” AND “Internet World”. I assume the magazine doesn’t have an online counterpart.

Just enjoy following Sweden’s current legal developments in regard to piracy n’ the like.

Thanks in advance, spindrift,

The only place I seen the findings from the raid according according to the police protocol is “internet world” magazine.
I think it is the Swedish internet edition of an international magazine for web professionals.
The link (in swedsish of course): 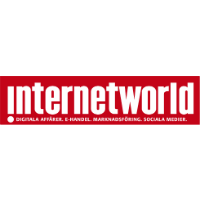 Like I said, otherwise even Swedish media don’t seem to be intent to correct the information spread after the raid, and I doubt even more that the international press will bother.

Thanks for the link, spindrift.

The reason google didn’t show me anything was cause my preference were set to only display english language pages.

It odd though, Reuters had always struck me as one of the more truthful of the international news agencies around. Particularly, their neutral reporting on the recent conflicts around the world. Where other news agencies where spouting biased opinions, reuters only ever appeared to be reporting the facts. I’m hoping that if they’ve mis-reported something by mistake, they do the honorable thing, publicly announce their error & apologize.

It’s at times like this I envy the non-english speaking international communty, who are commonly inclined to be bi-lingual. I really must look into learning another launguage.

Ok, the ISP’s (Bahnoff) internal report came out today, and it contains some shocking information.

There was copyright protected material on the servers, but not the material that was listed when getting permission from the court to do the raid.
And nowhere near 27Tb.

But the shocking part is that the person running the server was infact the informer that was hanged out when the website of “antipiratbyran” (APB) was hacked.

So APB, who is a privat organisation funded by big games, movie and software companies, has paid this guy to set up and run servers filled with copyright protected material.
Then they get the police to bust the ISP who was unknowingly is hosting the server they set up.

Bahnoff have publishes log files from “rouges” (the informers) IRC chat and network usage, and interviewed the two employees that knew about the activity.
The logfiles show him accessing material on the server from his ADSL account at home.
The IRC chats confirm him aquiering hardware for the server and his relation with the other Bahnoff employees that was taking part in running the server.

After the site was hacked and information about the informer leaked out APB on the other hand said that he was not involved with the raided servers in the news.
Considering the further evidence of the contrary now they will probably face prosecution I hope and think.

IMO the RIAA/MPAA probably spend more money trying to chase after these ppl then thay claim to lose thru supposedly illegal down-loading. IMO it’s all about being control freak/s

are all attacks against society, but alas these are the indivudals who hold the power over the militants as conspiracies to depreive the masses of our communal creations.

However the very seat that holds those in power is use of militancy to enforce their rule. It is pretty clear cut.

Do a search for ‘copyright’ material on any p2p and you may find some, of course you don’t know if the copyright holder is the one who originally put it online. You may assume that is the case but unless you contact them you don’t know.

It is all bullocks and only serves to hold back society by enforcing rules of use based upon freely dupicable materials.

Rights to intellectual property is the primary concern because it is equivlent to monopolizing air, that is just disturbing. Everything should be public domain regardless. Save people the little time we have for g-d’s sake.

Realestate and landrights are next but a little better understood, resource development a little more due to the finate nature, but really people should be able to get what they get.

I just think that all these manipulations, deceptions and militant attacks are causes for concern in society far greater then sharing data of all things.

This specific case is disturbing since it is sorta a private sting set up. I don’t get why the ISP would host directly though. It would make more sense to host from a second system if they had one, that connected to their isp, or using a hidden cache of somesort, doesn’t matter of course. What it is is that yet they had ‘internationally’ copyrighted material without permission on their servers (well we will never know that unless we see it) we don’t know how it got there but because of the ‘insider’ it is largely redundant, essentially a vicesting which is generally illegal in some cases or should be.

True the ‘industry’ is loosing millions which creates a collapse of what could be liberal values and shows the industry’s right wing side.

It is all just a bs game anyway. => :a not like I feel like paying bastards anyway.

Ur not g-d you are priveleged bastards, there is a clear and distinct difference. Don’t make it if you don’t want people to have it. You ain’t obligated to but just because someone uses something that you were granted by g-d doesn’t mean you need to kill them or take control of their lives by force. That is just bs. Live and let live.

99% of it is crap and pathetic regardless.

to the 1% of you that actually have something worth paying for, we all die, and after what you have done for us your place in heaven is here on earth.

Whatever this is bullocks but we all know the risk. All information we have is free, some people are pricks.

No, wait, let me understand. They paid that guy to set up a server (in what way this has anything to do with p2p, anyway? Downloading from servers isn’t the same thing at all) in order to monitor the people downloading, and then they busted him because they didn’t know who he was?
It’s the most ridiculous thing I’ve ever heard since the battle between the downloaders and the riaa/mpaa/whatever began. This deserves to be made fun of worldwide.