Is there anything special i should be looking for in a power supply… i assume the more wattage and fans the better… but should i stick to certain brands… not go under a certain wattage? im building a new computer and the case may or may not come with a PS… thanks in advance for the help…

PSU power depends from what you put on your computer: the more components (HD, burners, CPU power) then more watt are necessary.

I suggest you to buy a good PSU such as cooler master or enermax, because they guarantee constant voltages and amperes under many conditions, not only high watt numbers such as more cheap PSUs.

I think that a 400 W should be sufficient.

In my system I have a cooler master 450W; this PSU have a little display showing actual wattage, and right now it is a littel under 200W. My system have 3 HD, 2 burners and 1 dvd reader.

So I think that a 400 W should be sufficient.

Power is relative to the make, what I mean by this is it’s possible that a cheap 550 watt psu will not be as good as an expensive 350 watt. For your needs a decent make with a rating of 450+ should be OK. In fact give you a bit to spare. If the future is important in terms of possible upgrades then the most powerful decent psu you can lay your hands on. See my sig for what I’m running, my psu is rated at 480 watts continuous 530 watts peak & rarely breaks out of a trot. I have recently had a further 2 internal DVDRW’s & 2 external DVDRW’s + instead of the 2 pairs of Maxtors(200Gb) had 3 pairs(400Gb) all running on this setup no problem.

Forget not that if later on you go with SLI + bells and whistles - Makers like MSI and DFI void warranties if the PSU is below 480W - Think Future in your decision.

As far as I am concerned, the power supply is the most important part in your system. At best, a cheap or under powered power supply will make your system unstable. At worst it could fry and take a lot of the parts in your system with it. Further, even if it continues to work, unstable voltage can cause all kinds of problems.
I pretty much agree with everything everyone has said so far with one exception. No offence geno888, but if you were to try and make that cooler master actually handle a 450 watt load, it couldn’t handle it. Feel free to give me some dirty looks now (I know that even my friends give me dirty looks when I tell them thier power supply is not a great one). Not that it is garbage, but I wouldn’t group it with the higher end good quality ones that I would normally recomend (ones that can take heavy loads from power house computers and not blink twice or have thier voltage go out of spec). First thing I would do is defanatlly do what pollushon said and consider what you add in the future. If you don’t, you may find yourself looking for another power supply down the road when you didn’t have to. A good power supply can last several years. you might even want to take into acount that you might upgrade to another motherboard and a higher class of cpu in a few years. Will the power supply handle it? Look at your case. What can you fit in it? Most importantlly, if you are even remotlly considering sli, take that into account now. Sli has very special and very high power requirments. Even if your power supply seems big enough (like a 500 watt) and is good quality, it might not be good enough. I have a 460 watt enermax that has 33 amps on the 12v rail. A friend of mine got the same model power supply, but off ebay for a third of the price. While new, it is a version that is a few years old and only has 20 amps on the 12v rail. Think that will matter with his sli setup?

The first thing I would do is look at some power supply calculators. Keep in mind not only what you have now, but what you might upgrade to during the several years that a good power supply will last.

Here is some very good info on power supplys including a link to a power supply calculator.
http://www.ocforums.com/showthread.php?t=364232&highlight=power+supply+calculator
If nothing else, consider the amprage rating on the 12v rail. It can often be more important than total watage.

thanks for the help guys… ok… well, i did the calculator and firgured out i need ABOUT 350w… so i think im gonna be safe and go with a 450… what the hell right? so, can anyone recommend a good brand?? ive been hearing cooler master, enermax… any others i should check out… thanks

Thanks, I hadn’t seen that one yet.
Fyi try searching articles at toms hardware. Thier are several articles similar to that one that test other power supplies to.

I’m still not sure that I would group it with the other brands that I mentioned, but it would seem that thier is some honesty in thier label on this one, and acording to testing, it can at least handle 400 watts continiouslly and keep nice, stable voltages.
This is what I have come to expect from cooler master. 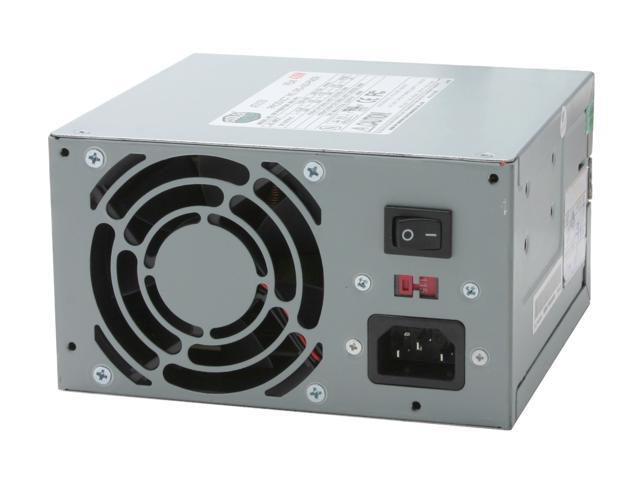 
It is a 400watt, 430 watt peak power supply. I don’t see how them or anyone else has the nerve to call something like this a 400 watt power supply. It’s actual power output is probably more like 250watts, maybe at the very most, 300watts, and like most cooler master power supplies, it probably cannot keep nice stable voltages at any load.
Here is the 450 watt that I am guessing that you have. 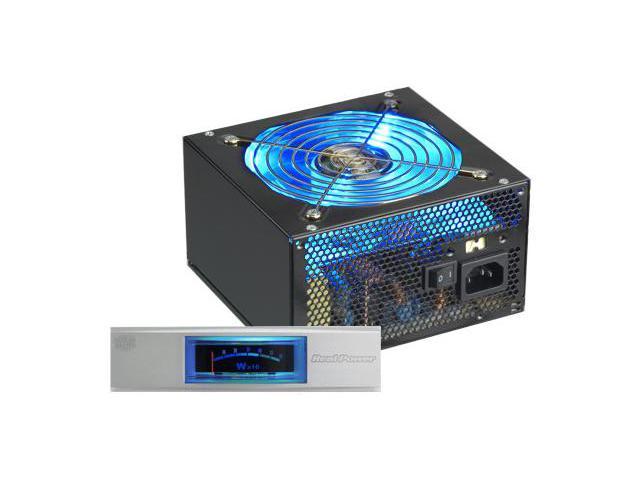 
it is 2.5 times the price for almost the same power (the plain jane version is about double the price).
notice that it has continious ratings and peak ratings on the label. If do the math, the continious ratings add up to 450watts. If you do the math, the peak ratings add up to about 675 watts.
After reading 5 reviews on this power supply, two of which seems to do a good job loading the power supply with computer hardware, one of which actually loaded it with a 400 watt measured load (that was toms hardware which is what got me looking into it further), I believe that this is a decent power supply and believe that its claims of 450 watts are just. I also believe that it costs double or more what the typical cooler master power supply has cost in the past. Maybe they are trying to move towards beter quality. Still, beware, thier are still lots of crappy cooler master models floating around there. Thier is one thing that I didn’t like about the cooler master though. The continous ratings for the 12v are 12A and 10A (dual rail so 22A). That is more like you would see on a 450 watt enermax or antec true power that was 3 years old (in fact that is exactlly what you would see on an enermax or antec true power that is 3 years old). My newer model 460 watt enermax has 33A on the 12v as opposed to 20A on the old model. they don’t even seem to make the antec true power anymore except for the 430 watt. It currentlly has 26A though the old models were more like 18A and if memory serves, the 480 watt was 20A on the old models, and actually steped up a couple of times, 24A, 26A, 28A. At one time you could actually find models in stores ranging from 24-28A. the new true power 2 that has replaced them has even more (31A for the 430 watt, 33A for the 480 watt). Thier is a reason that they have jacked the 12v power up so high. Current computers are very power hungry for 12v power. All the good power supply companies are doing it. You can almost ignore the wattage when shoping for a power supply these days and just look at the 12v rail power.
That doesn’t make the coolermaster a bad power supply, infact I am convinced it is a good one, but it does limit it. I wouldn’t dream of running a high end sli system off yours with 450 watts, 21A, but I would with mine with 460 watts, 33A.