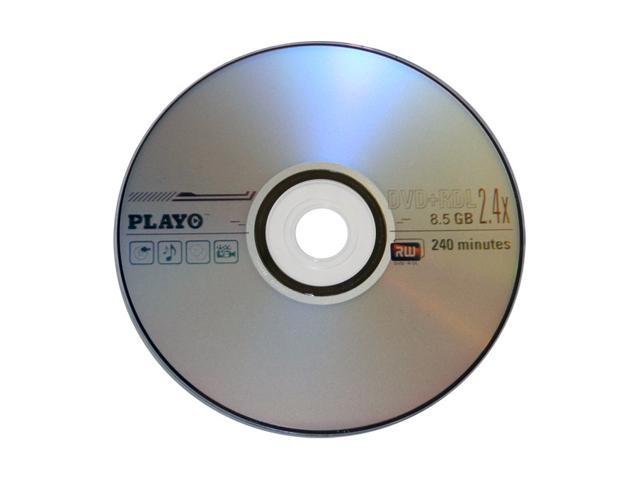 At $1 a disk, these are in my zone of consideration. For those who don’t remember my scans of these:
http://club.cdfreaks.com/showthread.php?t=187044

I found them very reasonable for budget dual layer media. Definitely better than many of my Ritek DL scans.

If you don’t consider the cheesy rebates, which I don’t, then Verbs are still hovering around the $2 a disk mark.

The other thing to consider is that last time I checked Playos were confirmed to be fake Ricoh discs. Even at a $1 per disc that is not something I would trust my money to and the scans are more than enough to put me off of them. My worst D/L Verbatim scan was just shy of 5K PIF (and that was a 2.4x disc burned at 8x) and the best scan I saw on the Playo had more than 17K PIF. Do us a favor and check and see where those Playo discs were made. There are also these from buy.com (scroll down to see discount price)

this time, they might not be Ricohjpn, they might be made in hongkong. Still I would not touch any DL media that are not made by Verbatim or TY

Last I heard they were Chinese (or Hong Kong) produced media that were faking the Ricoh media ID code. That’s why I asked the original post to verify this for us by looking at their country of origin.

I believe you can barely make out a “made in china” on the Newegg picture. I ordered a pack so I should have them tomorrow.

I think the origin of these disks were examined in agonizing detail in older threads about 5 months ago.

I won’t rehash what has been said before, but there is a place on my shopping list for budget DL media. My definition of budget is “significantly cheapter than Verbatim” which no one should argue is the brand against which we compare other media.

So far, that place has not been filled. I don’t consider Riteks cheap enough to be in the budget category. $1 a disk gets my attention. Cheaper would be better, but I’m interested and I’ll try a pack.

I know they won’t compete scan wise against Verbatim, but if they’re readable and they last, then I’m willing to give them a try.

I know they won’t compete scan wise against Verbatim, but if they’re readable and they last, then I’m willing to give them a try.

This is [B]exactly [/B] the problem with cheaper media , failure rate is MUCH higher than high quality media therefore they are in no way [I]cheaper[/I]

Then again it does vary based on burner and firmware. It is possible to have them burn nicely. The one really nice thing about all this is that it helps encourage price drops in the format as a whole. Not saying I would invest in it but I guess if you needed some D/L for throwaway or giveaway projects then I could understand where these would come in.

I see some1 flushing money down the drain

I have been using Single Layer Disc from Playo brand that I have bought from Staples for quite some time and I am not impressed with it if not disappointed.

I see some1 flushing money down the drain

Don’t look at me.