European optical media industry is going down the tubes.

The deed was done on January 5 and the assets bought from the Silicon Valley Bank of Santa Clara, which had a court authorise the appointment of a receiver when Plasmon defaulted on a $10m credit line from the bank. This was because expected financing from a private equity firm, Brownstein Schnel Holdings of Los Angeles, didn’t arrive and the money ran out.

Privately-held AST has bought “all of the assets of Plasmon, including the full line of libraries, drives, media and related technologies. Alliance will continue to provide support, sales and maintenance services for all of the Plasmon product lines. In addition, our manufacturing facility will continue to produce new products. Alliance’s focus is to ensure customer satisfaction, and continued confidence in UDO.”

Its ability and commitment to produce new products is unknown and the previous UDO roadmap in doubt. The purchase price has not been revealed. Twenty-four US Plasmon employees who left after a round of layoffs in October and November were hired by AST, and it plans to hire up to 20 more in the next three to six months for optical disk drive library manufacturing and testing. That’s 44 out of the 130 Plasmon employees that used to work in Colorado Springs.

AST’s owner and president Chris Carr, is quoted thus: “Our intention is to continue to produce and develop the product lines that Plasmon developed and provide excellence in maintenance and support services for all our current and future products.” That’s a comfort for US Plasmon customers. Ones elsewhere are not so lucky.

So ends Plasmon’s brave but doomed attempt to create its own proprietary UDO follow-on technology from magneto-optical drives. Devised and engineered in Silicon Fen, it cost the company dear, causing it to lose Nigel Street, the MD who had championed the idea, and to get substantial re-financing from Hanover Investors. Existing RAID storage operations were exited as UDO products got all the focus, as did the US geography where, it was determined, Plasmon had to succeed to be viable.

Plasmon’s investors appointed new CEO Steve Murphy, and a new marketing strategy was devised to mitigate the UDO drive costs with a substantial layer of archiving software. Murphy continued the focus on the US with Plasmon Inc. becoming the effective headquarters of the group. He supported the addition of hard drives as an alternate storage medium and the energetic setting up of alliances with archive and storage vendors. But this marketing activity could not generate new sales fast enough to withstand the falling sales revenues from legacy products.

There was never enough finance to sustain the operation while it built up sales of its new products and Hanover pulled the plug last year. UK Plasmon Ltd went into administration and Murphy tried to get an equity-funded buyout of Plasmon Inc so that the firm could go forward.

He tried once and failed, then tried again and succeeded in principle, getting financial committments even as the recessionary storm clouds were gathering. Plasmon Inc. announced its independence in October last year. The champagne corks were popped too early, though, because the money men couldn’t find the cash.

Now Murphy’s dreams are no more and the whole saga of hope and struggle since Hanover gave up has turned out to be the death throes of the company. A lot of people invested a lot of personal effort, committment and loyalty into Plasmon over the years and it has pretty much come to nothing with a whole bunch of staff redundancies, investor losses and dashed hopes.

Some ex-employees talk of golf course excesses by senior management, and some channel members talk of Plasmon management backsides and elbows being in the wrong places. There’s a fair amount of bitterness around, and that’s to be expected.

In the event, the business and enterprise optical storage market is a niche. What there is can be satisfied by DVD and Blu-ray. Like tape, optical storage has been sidelined by the hard drive and the simplicity of having your archive medium be the same as your mainstream storage medium.

The existence of a long-term, professional optical archive storage market has been shown to be a delusion. It does not exist. Optical disks don’t hold enough data, don’t perform I/O fast enough, and the high-capacity UDO drives were just too expensive. UDO was a bridge too far. Â® 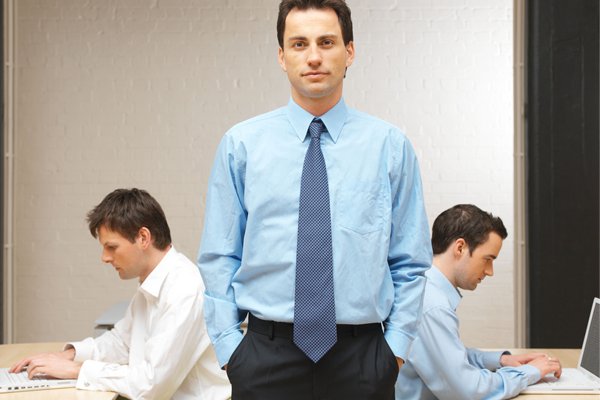 AST snaps up the pieces

Do you mean CD-RW media or drives? Plasmon never made any CD-RW media (CD-RWs with 97:27.00 ATIP are incorrectly identified as Plasmons by some programs) and their CD-RW drives (96-1999) were actually pretty good (good old OEM Sony SCSI burners).

He’s talking about their CD media in general. Plasmon was never known for quality at the consumer-grade level.

Yes, I’m talking about CD media. I have few CD-R/RW media, that are idetified as Plasmons, they turns to be bad after some time. One CD-RW have ATIP 97m27s12f.

[QUOTE=negritude;2264359]He’s talking about their CD media in general. Plasmon was never known for quality at the consumer-grade level.[/QUOTE]

Most of the CD-Rs with Plasmon ATIP were crap. But it was the fault of the actual manufacturers - Plasmon did supply only the stampers. Some manufacturers were able to made pretty decent media though - AOD (Netherlands), King Disc (Taiwan), SkyMedia (Switzerland)…

Most of the CD-Rs with Plasmon ATIP were crap. But it was the fault of the actual manufacturers - Plasmon did supply only the stampers. Some manufacturers were able to made pretty decent media though - AOD (Netherlands), King Disc (Taiwan), SkyMedia (Switzerland)…[/QUOTE]

I won’t put AOD and sky there. Sky never impressed me.AOD is a different story. very good initial burns, but after a few years media can go wrong, when you don’t expect it. Scarry behaviour.

As part of the channel:
UDO was a bridge too far a long time ago. We all advised Plasmon not to do something dumb like a proprietary storage format (UDO) with a 130mm disc. Who in their right mind would store their archived data in such a format?

The winner is DISC (German, the old NSM) who went right to Blu-ray recordable.

I stumbled onto this thread after learning Plasmon bit the dust.

From another thread, and here, I understand that Plasmon never actually manufactured discs but instead gave out the rights to the technology, and their stampers, to smaller, independant companies. But now I’m lost, if Plasmon have folded, how is it possible for them to supply the technology and stampers for other companies to manufacture discs?

I mean the Hyundai discs I bought the other day from my local 99p store - How is it possible that they are still manufacturing discs if the technology has now become unavailable to them? Or maybe what I bought was excess stock that was manufactured months/years ago taken on by the shop for pennies because the manufacturer couldn’t get rid of it?

I’ll ask the same question I asked on that other thread, why would companies, granted how many brands there from the mighty Verbatim to relatively obscure ones like SKY… Is why would smaller companies jump on the bandwagon, when they have relatively little to no chance of having success?

Maxell, Memorex, Verbatim et al. built up it’s reputation by consumer trust, glowering reviews, and disc popularity. To me, it just doesn’t make sense to push another brand out there which is going to water down the market. Companies going bust, chaps?

[QUOTE=Chad_Bronson;2577094]Maxell, Memorex, Verbatim et al. built up it’s reputation by consumer trust, glowering reviews, and disc popularity. To me, it just doesn’t make sense to push another brand out there which is going to water down the market. Companies going bust, chaps? ;)[/QUOTE]
Phoenixing is extremely profitable.

Start up, sell garbage, then shut the company down … start up as something else …

Er… “Phoenixing”? I don’t understand - Would this be one product sold under a brand name of another?

Do they do it to purely just to make a small profit? I which case, if Plasmon were going bust, I would have bought them out and turned them into something. Forgive me if I’m not following the idea, here.

[QUOTE=Chad_Bronson;2577094]From another thread, and here, I understand that Plasmon never actually manufactured discs but instead gave out the rights to the technology, and their stampers, to smaller, independant companies. But now I’m lost, if Plasmon have folded, how is it possible for them to supply the technology and stampers for other companies to manufacture discs?
[/QUOTE]

Mimeos VoF, independent stamper supplier in Baarlo, The Netherlands, has taken over the assets of Plasmon OMS Srl in Caen, France. Jan Zuring and Lou Wullms, owners of Mimeos, spoke to Elizabeth Toppin at MEDIA-TECH Global Expo and Summit and told her that the continuation of Plasmon is â€œa great challenge. To start we will re-employ 10 people and will work in a 2-shift operation,â€ they said.

Massimo DiGiorgio will be responsible for marketing and sales. The company will remain at the same address and will have the same contact data. Strategic investments by Mimeos and co-operation with equipment suppliers will give Plasmon the possibility to develop new products for both existing and new markets, they added. Together the companies will focus on pre-recorded stampers by Mimeos; recordable stampers by Plasmon for CD-R and DVD-R and adding DVD-R pre-embossed and also BD-R in the near future; archiving for lifetime storage products; and special products by Plasmon, such as recordables for new applications, special electroforming products, etc.

DiGiorgio, said he was very pleased by the decision of Mimeos and expects a win-win situation for both companies. â€œMimeos has an very good reputation as pre-recorded stamper supplier. The first goal is to make Plasmon profitable again.

Phoenixing = burning down the company … and resurrecting a new company in it’s place by changing the name, but at the same location, the same contact details, the same directors … without all the debtors/tax office chasing them to pay their bills …

So would this analogy for Plasmon apply -

bare with me though) to alter his face so that he became unrecognisable.

If the debt collectors came round to his house demanding money, and baffled, asked Mr. Plasmon if Mr. Plasmon still lived there, if he lied and suggested that he moved out, died, whatever, would that be very similar?

Because in effect it IS the same company (man) but had it’s looks changed , but still kept the same contact address, tax, etc…

I merit myself for that

I don’t think that Plasmon is the best example of a ‘‘phoenixed’’ company. After their bankruptcy, all “UDO” and professional data storage related assets (patents, copyrights, trademarks, technologies, etc.) were bought by Alliance Storage Technologies Inc. (Colorado, USA), their stampers making division (Plasmon OMS, Caen - France) was bought by Mimeos VoF and only the small remains of Plasmon (core of the R&D and management team) were transformed into a new company - Plarion Ltd.

Ahh, I think I understand better now - So essentially, Plasmon was like a car in a scrapyard, that was going cheap because nobody wanted it, but several buyers, such as Alliance, were interested in taking certain segments of this car, so Plasmon sold itself for scrap for people to pick away at whatever things it was interested in?

Also, if they have gone bust, does that mean that they no longer produce the media ID and stamper numbers? Will we expected some Plarion Ltd ones from now on, or have they downsized so much they can no longer do that? Either way, Plasmon had some crap to average quality discs, and if Plarion enter the market, this might be an excellent time for Plasmon redemption

Plarion doesn’t (and won’t) produce the CD-R or DVDR stampers anymore.
The whole Plasmon’s stamper making division was bought by the Netherlands based Mimeos VoF.