So, I stumbled onto this newfangled apparatus:
https://www.amazon.co.jp/パイオニア-Pioneer-Windows11対応-特殊塗装ブラック筐体-BDR-S13J-X/dp/B09MKG7P8Z/?language=en_US

Anyone heard anything about this, any reviews, tests etc ?
Any better than the 212 series ?

It’s a shame that Pioneer doesn’t put much effort into the tuning of their firmwares anymore. I’d really like to see improvements of the write quality of the 209, 211 and 212 series drives.

Seems like there was actually a review in that link (autotranslate version below):

I have a long relationship with Pioneer and have been using it since the DVD drive era.
Even after the change of generation to the BD, I bought it every time a new model came out, but since
I made it to the S11J-X the previous work, the frequency of use has decreased dramatically, and the previous S12J-X has not been released It was there.

I was at a loss about purchasing this time, but I bought it
with the intention of getting it now because the optical drive itself is an endangered species.

In this work, a new design has been adopted for the first time in 10 years.
Even so, since the access lamp was only changed to a blue LED in 2012, it can
be said that the basic design had not changed from the DVR-A07 released in 2004. (Distant eyes
internally too big? Not much has changed since S09, when we put our hands on it.
At least I don’t know the difference in sound quality, etc. (Smile) The
future of the optical drive itself is dark in the first place, so I
should be thankful for just bringing out a new model.

The only thing I want to say to Pioneer is
why you can’t use this class as an external type
.

Even in the previous generation, the contents of the external model were not X, but were unmarked.
You can put it in an external case such as a latock, but then the design is subtle.

I think it’s probably because the price will rise too much if you try to sell it with
an external X, but I would like Pioneer to consider it.

I wonder if you can sell me a case separately.

I still have my S06XLB, S09XLT, and S11J drives, even though they don’t see much usage anymore, but they all had been great, especially with BD50 burns that the LG and LiteOn just can’t match. Never tried TL and QL discs since the cost was too high for me.

This is one of the best looking drives i have ever seen.
The price is ridiculous though.

Here is a more detailed review:

Sadly nothing about burning blurays though…

Hope they’ll release standard drives like the D and E/U models soon, for more reasonable prices than this.

Some years ago I remember reading that Japanese consumers are still enamored with the audio CD despite its precipitous (and continuing) decline in popularity elsewhere.

That Pioneer and some aftermarket dealers/integrators linked above, would go to such extreme lengths to produce products for obsessive CD ripping even now, says a lot.

At first the Pioneer drives look tempting if very expensive. (The slot-load UHD version of the portable XS07 by the way, which is available outside of Japan for about $USD175, also includes the V4+ version of the PureRead firmware too, but not the structural or electronic enhancements of the full-size internal drive here).

Reading around though it seems that most of the major ripping software used here cannot take advantage of the Pioneer’s proprietary ripping features which also require direct BIN/CUE extraction.

For my purposes right now, a good (“classic”) Plextor drive and EAC (in secure mode if needed) or dBPowerAmp is plenty good enough.

next week i will receive new media dvd and bluray, i can post some results 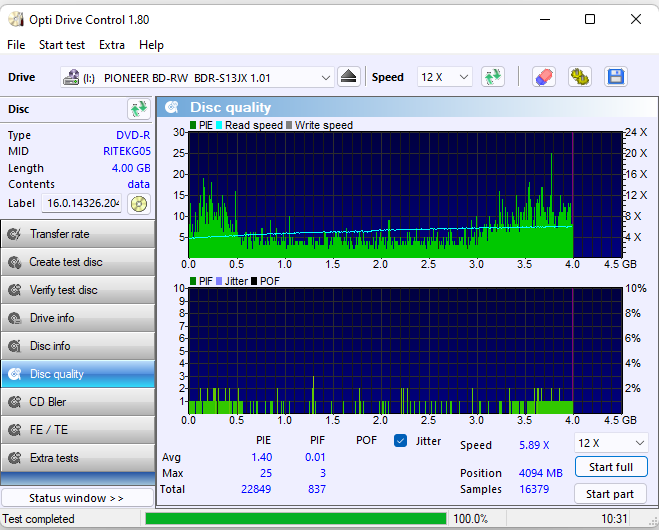 That OPC picture, looks like you were able to actually SCAN a DVD with that drive ??

If it scans dvd’s, it should scan blu-rays too.
This means that there is a new chipset inside, most likely not a NEC\Renesas.
It’s just a guess though.

Ah, I see… never tried it myself. Just assumed it would be pointless.

But then the number of samples are waay too low (should be around 135000+ vs those pictured 16379 ), hence probably not much of an accurate/reliable a scan (?)

I never tried it myself neither, although i had just tested with my BDR-212 and indeed it scans dvd’s.
If the scans are not accurate though, there isn’t much point to scanning with this drive. 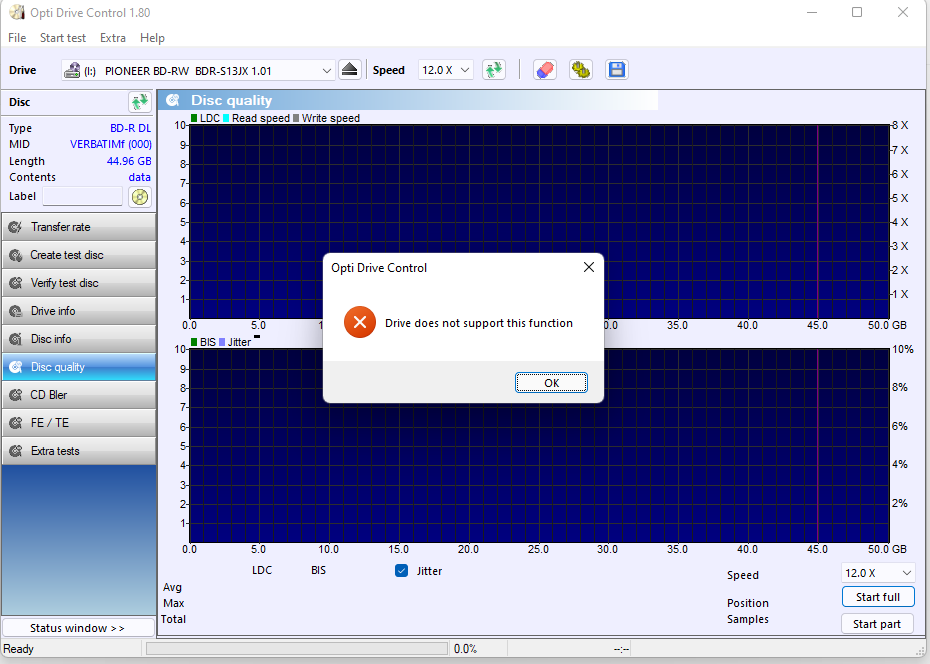 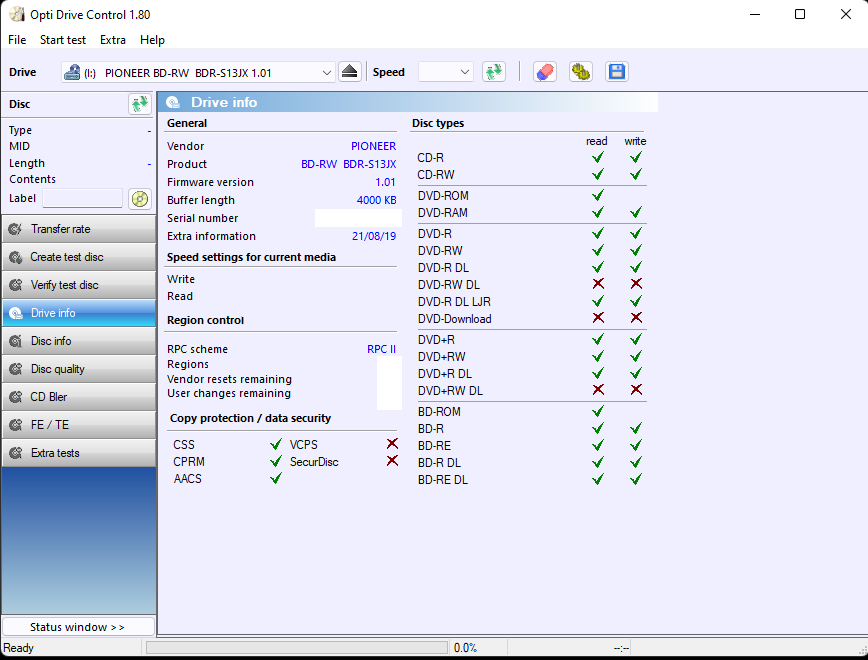 When will these drives be available in Europe? Any news?

The 213JBK has been announced in Japan, so it should be soon: 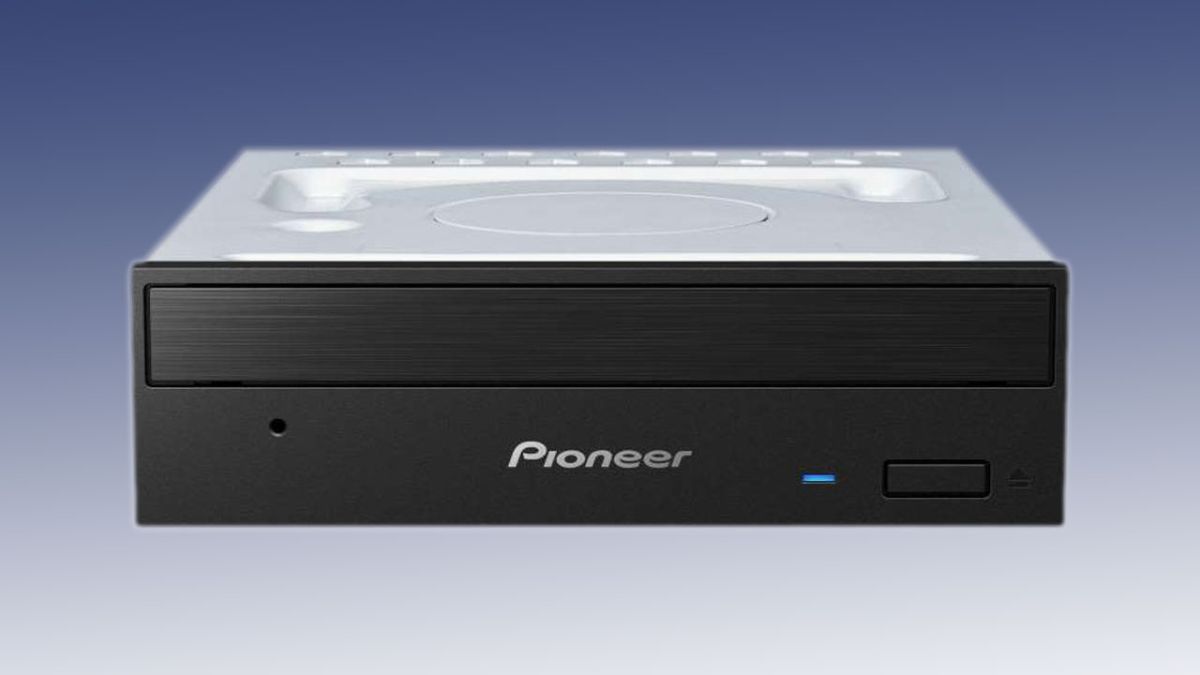 Return of the optical drive

Seems the JBK drives support UHD BDs, but don’t come with a player software.
We’ll have to wait and see what kind of drives the UBK and EBK drives are going to be, if they’ll have UHD support.

I’m sceptical regarding those higher write speeds though. The 209, 211 and 212 series didn’t have acceptable write quality at higher speeds anymore. 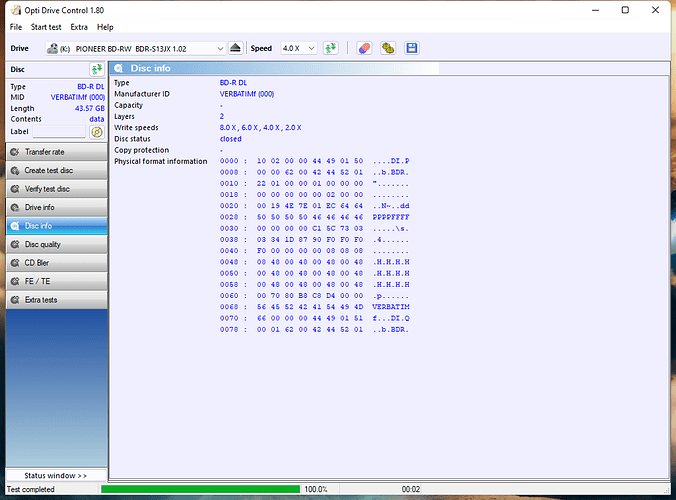 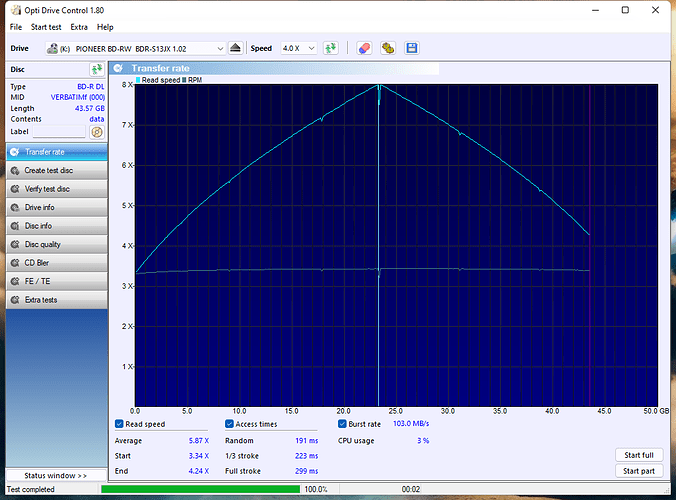 Now, if there only were a ‘disc quality’ scan available as well…