No problems using these 2020 Pioneer drives with Windows XP simply for CD ripping?

This could even done with an today looking obsolete system like an Amiga with say 4MB ram… back in the days of 1997 and on. So an P4 using linux or maybe even wxx should be capable to do that easily too.

For whatever reason, does Pioneer tend to issue firmware updates more often than most other optical drive brands?

They do just because they invented DVD Recording together with Panasonic and still standing strong in this area - nowadays more related to Blu-Ray/BR XL/M-Disc.

Ok, once again not as good @4x as the LiteOn or the 206 are @6x, still a good burn for CMC. Overall the first three discs of this 50 pack seem to be more consistent in quality than the previous 50 packs I had. 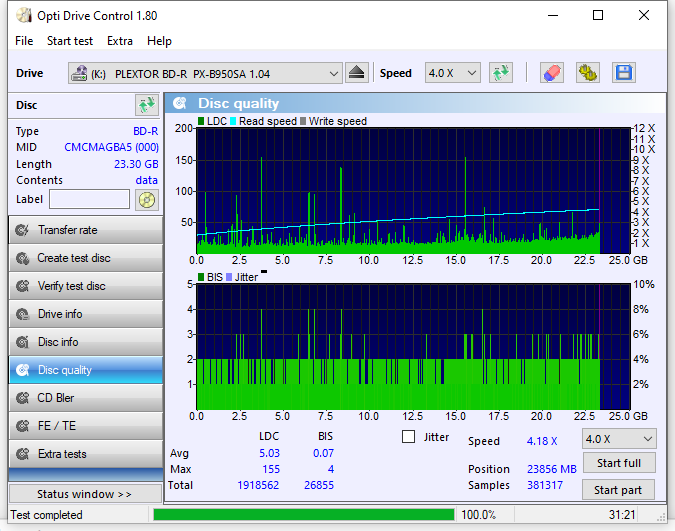 A bit better than the previous disc. 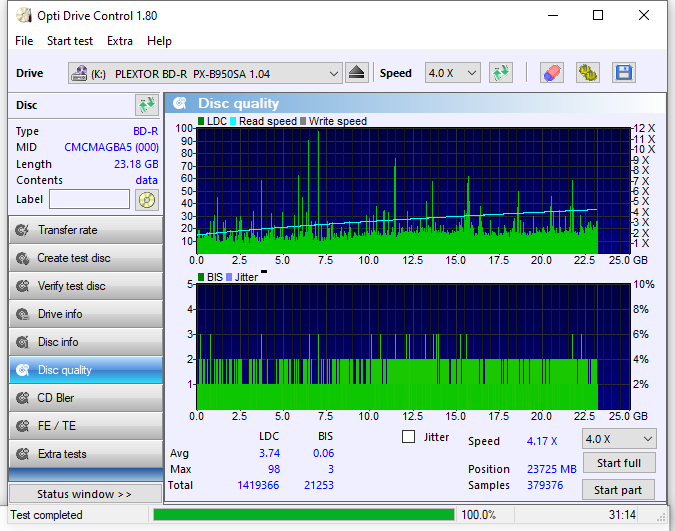 I recently purchased a Pioneer BDR-212EBK as my previous Pioneer BDR-209DBK became faulty after 5 years. Pioneer has released a firmware update for the 212EBK on their Japanese site (version 1.01) However, Windows 10 reads the BDR-212EBK as “BDR-212M”.

Does anyone know if the new update will work with this confusingly labelled drive?

No, the M drives are the ones which get sold as E in EU, U in US, and J in Japan, although that changed with the 211 and 212 series, where the U versions are more expensive because they are different drives with UHD support. The 212M drive is sold as ULBK/2212 in the US region now. What matters is the correct firmware and kernel, the 212EBK/ULBK(2212) firmware is the correct one for the 212M drives. I updated my 212E/M with it myself, no problem whatsoever.

I recently got The BDR-2212. Before, I was using a Panasonic UJ260 but it failed data verification on CMCMAG-DI6-000 discs. The batch I got also struggles in LiteOn and LG drives. Technically, it burns fine as long as the strategy is CAV. Thoze Z-CLV strategies of the LiteOn (on 6x) and Panasonic (on 4x) made the disc produce bad quality burns. I also noticed all of those recorders seem to produce lots of rings on the surface, especially the Panasonic drive at 2x, which produced the most. The LiteOn and LG also produced rings on the disc surface.

The Pioneer was able to burn them and verifies fine and the disc surface looks very smooth, but it seems the BIS/LDC numbers are higher than what the LG and Panasonic drive produced. Those recorders worked fine for the 1st layer. The issues start on the 2nd layer with data verification issues. The LG spikes at the Layer Break. The Panasonic doesn’t produce spikes there, but at 2x produces lots of rings which I think is what causes the read failures and the BIS/LDC are extremely high on parts of the 2nd layer. The LG burned one fine, but the other failed verification reaching and switching at the layer break.

The Pioneer manages to write and verifies them fine except for the BIS/LDC issue.

It also produced higher BIS/LDC on Verbatim 100GB discs whereas the LG manages to have lower LDC values.

Does the Pioneer has the ability to recalibrate on Layer breaks? I noticed it seem to slow down the recording there. If so, this would explain why there are no spikes at the layer break either. I’m mostly surprised by how smooth the discs looks visually.

It also produced higher BIS/LDC on Verbatim 100GB discs whereas the LG manages to have lower LDC values.

Interestingly, the numbers when scanned on the LG drive seem to match with the numbers shown on scans posted on another forum.

I’m also interested in buying Pioneer BDR 212EBK. Can you tell me what kind of BD-R DL works really well with this burner? I’m using Imgburn latest version for burning in general. Thank you.

From the currently available BD-R DL media I had quite good results with VERBATIMf media at 4x speed. They are available e.g. as Mediarange BD-R DL 6x media for about half the price than as Verbatim brand.

I understand. So I’m using Imgburn as my burning software in general. Would you recommend having OPC enabled in my burns with Pioneer 212EBK and MediaRange BD-R DL media or it depends from situation to situation? I’m planning to use 2x speed at all times just to be in the safe zone without having to deal with potential coasters. How was your experience so far, If you don’t mind?

I’m not sure Pioneer drives care much about OPC being turned off in Imgburn, never tried it to burn BD-Rs. I think especially for DL media, they will probably have OPC always on, but it’s just a guess.
So far I had good experiences, not one coaster, and pretty good write quality at 4x as you can e.g. here:

On the subject of Mediarange BD-R DL, what’s the verdict on Mediarange MR510? As much as I like using Verbatim’s optical media, I want to try other brands and save some money.

That should be the printable 25 pack of Mediarange BD-R DL media, should be VERBATIMf discs. MR508 is the labled 25 pack.