Thinking of putting together a new rig:

Was thinking as a start:

I ran across this review of the Artic cooling Freezer 7 Pro where the P4 was overclocked to ~4.4GHz.
http://cdrinfo.com/Sections/Reviews/Specific.aspx?ArticleId=15749
The chip runs cooler @ this frequency than it does at the standard frequency (3.4) with the stock cooler. The other hardware used is exacly the same as I was thinking of purchasing.

My question is; besides the possible system instablity, is there any way of damaging any of the hardware components in the computer even if all the thermal temperatures are ok? I can’t afford to blow anything.

Temperature is always your guide - if its acceptable at any clock frequency you’ve got nothing to worry about. Looking at that article I remain extremely scepticle that a HSF solution can provide such shelter from an extra gig of clock speed - however I do still believe in santa

This is what the peeps @ cdrinfo wrote me when I asked the same question. Should have figured I would get a response such as this.

the more efficient the cooling system is, the better for the processor. Overclocking is not something we recomment and we only present it in our reviews for testing porposes. In my opinion better avoid overclocking since it will reduce the life of your CPU. As higher is the overclocking the less your CPU will last.

10% overclocking is not too bad but still not recommented, always in my opinion.

Geez talk about nonsensical drivel. I ran an O/C’d Athlon 1Ghz @ 1.2Ghz (quite a lot in the day) on stock cooling and now - 4 years later - its in a happy server box.

hmm, well ok, what’s the best way to messure the temp of the cpu? I assume I need to get a probe of some sort.

hahaha, just found this on Newegg 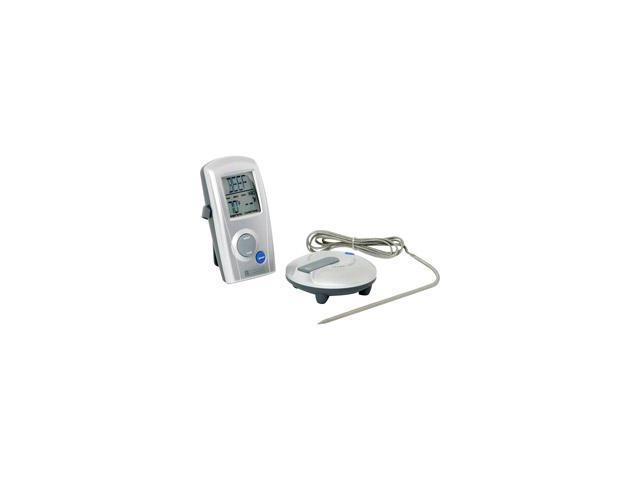 Adict2jane I wouldnâ€™t over clock and think you should just leave it at its stock speed. CPU donâ€™t last to long when over clocked you might me lucky like pollushon and get a few years out of it over clocked but then again it might be a few months and you lose your warranty as well.

Thank you pollushon and coathi. I appreciate both of your inputs.

The reason that I asked the question in these forums was because everyone I have talked to has basically told me somthing similiar to what coathi stated; “Don’t overclock b/c it will shorten the life of the cpu.” When I asked these people (all friends who have have some overclocking experience) "As long as I have a acruate way of measuring the cpu’s temp. and it stays within an acceptable range, everything should be ok, right? They just respond with “don’t do it!”

If I were to overclock the chip, I wouldn’t do it to the extreme that the review did, probably just a 10-15% increase. But I would only do this if I could keep an eye on the cpu temp. Only problem is I have no idea how to do this. I’m not really sure the meat thermometer on newegg is appropiate and even if it is, how do I get an accurate reading? Can I get the cpu’s temp off of the heatsink by attaching the probe with thermal compound? or is that not a reliable reading b/c the cpu will be significantly hotter.

thanks again in advance

Why choose a lame overpriced cpu that runs hot at stock?

Here are the latest articles published on Tom’s Hardware. See the latest news, reviews and roundups and access our tech archives.

Originally was going to use these RAM modules for the new computer: 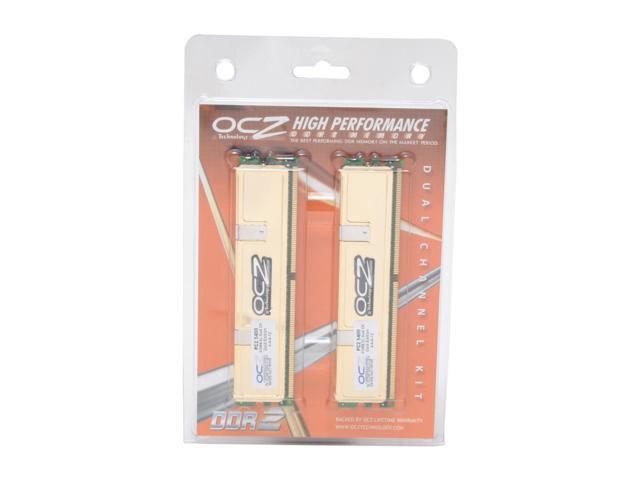 I was thinking of getting these instead. 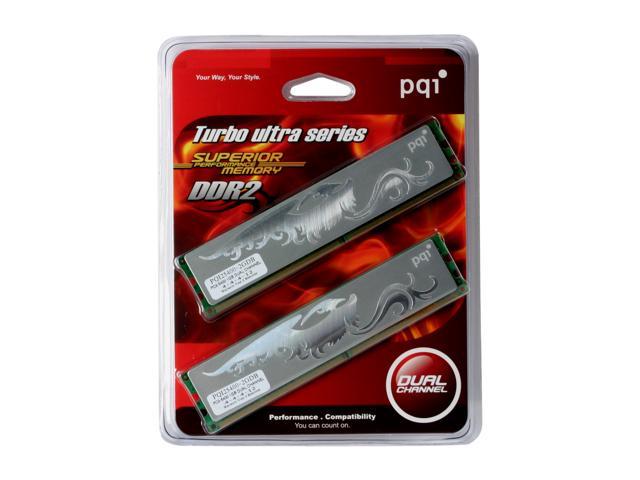 I don’t know too much about the timings or the but the cas latancey is the same . Will I see similar performance from these? Will I run into problems if i try overclocking? Thanks

Adict2jane I wouldnâ€™t over clock and think you should just leave it at its stock speed. CPU donâ€™t last to long when over clocked you might me lucky like pollushon and get a few years out of it over clocked but then again it might be a few months and you lose your warranty as well.

Sorry Coathi but that is Bullshit - Overclocking within reasonable limit has no impact whatsover on Processor Longevity. The differnce between certain models of CPU whether AMD or Intel is just their clock speed - you pay extra for the manufacturer to give you a warranty on something they’ve Overclocked. Good example is an A64 3000+ to a 3200+ even a 3500+ to 3800+ - the only difference is: 3000=1.8Gz 3200=2Ghz 3500=2.2Ghz and 3800=2.4Ghz each lower frequency can be pushed up to its next appropriate level and higher with stock cooling - thousands have done it including myself - for 6 months I have run a 3500+ at 3800+ speeds - 2.4Ghz on stock cooling at 35c idle and 45c under a full load.

In short those who simply state - ‘Dont do it’ are fools unto themselves and burdens unto others. Research yourself adict2jane learn and then apply whatever your comfortable with - I wont say ‘Do it or your a sissy’ but I sure as hell wont say ‘Dont do it’ because I’m not that small minded. End Rant

PS:In regards RAM dont worry about CAS timings - they make little noticable difference. (most average RAM’s CAS is 2.5) If you are going to Overclock however you might want RAM faster than PC3200 (400Mhz@200MhzFSB). This way if you do Overclock you wont be limited by a 200mhz FSB. For a limited Overclock though PC3200 is fine - most decent brands can stretch out to 220-230Mhz FSB.

Overclocking is all about heat and stability, the cooler you can get a cpu
to run and still be stable, the longer it’s gonna last. Time and time again
I see cpu’s fried with improper or inadequate heatsink/fans installation.
Redline one close to it’s temperature ceiling for a few weeks and see what
happens. I have seen amd xp’s burn up in as little as 2 weeks in 95F rooms.
My venice(3000) 37% oc, is coasting at 29C, come summer I will clock it back.

Personally I would stay away from PQI. When I built me rig a couple years ago I orded PQI and could not get it to run at stock speeds. I RMAd it for GSkill and my computer screams. I have an Athlon Mobil 2600 running at 240x10 and the temps hover around 42c under full load. Unfortunately my motherboard will not run the FSB much faster than this, but whtever you do try to keep your memory clocked 1:1 with the CPU. It helps a ton, at least on AMD systems.

Built the new computer with the following hardware:

The motherboard came with asus’s probe II software which monitors cpu/mobo temps, voltages, fan speeds etc. Because I could monitor all these things, I decided to give overclocking a shot.

At the stock frequency (3.4Ghz), the P4 650 runs ~34C during idel and ~45C during load. @ 4 Ghz the temps have only increased by 5C. The hottest the chip has been in the last week was 51C under load when I was using the oven in my small apartment. I didn’t touch the Vcore setting, mobo temps are never higher than 35C, and the computer is totally stable.

I was a little amazed at the performance especially b/c the review which got me interested in the setup ran their test without a case. I figured b/c my setup would be concealed in a case AND the mobo would be mounted vertically in the case (heat rises right?) that I would get much higher temperatures than the review. For this reason I got the case which I though would provide the most air circulation. It’s got a 80mm fan in the front pulling air in and a 120mm fan right behind the HSF pulling air out. The front of the case is made of aluminum mesh. The PSU also has 2 fans pulling air out of the case. I guess b/c of the great air flow, my temps are lower than the reviews.

Just wanted to say thanks to everyone for their inputs which helped me build this monster of a video encoding maching.

A core is a core, which means a Venice is a Venice, and so on, and over clocking doesn’t change that. Most over clocks fail not because of heat but because of low quality memory although heat is certainly a major factor. I had a Venice core running stable at 2.753 Ghz. Idle temps were about 33 degrees Celsius and full load was 49 using just the stock heat sink and fan. The difference, decent memory.

I got my 1.8 Ghz up to that at 40C under load with custom air cooling.
why put a top of the line cpu with a crappy heatsink?
The heat ceiling on the x2 amd amd 64’s isn’t that high, redo the cooling!