I just posted the article Norton anti-virus makes Windows 8 50% faster, according to Norton.

Symantec Corporation funded the production of this report, selected the test metrics and list of products to include in this report, and supplied some of the test scripts used for the tests.

Well, I haven’t advocated Symantec since they don’t clean up after themselves on Uninstalls (or even version levels), and even their separately-downloaded Clean-Up Tools still leave little Symantec droppings behind. [I]“Watch out! Don’t step in that!”[/I]

And besides, my rule of thumb remains 53%-Faster-Or-Bust. I’m shocked they didn’t call to ask.

I am glad to see that Symantec opted for this 50%-Faster marketing jingo as opposed to the others they considered.

I heard “Tastes Great / Less Filling” was an office-favorite during football’s opening weekend.

Then the bakers’ dozen videos shot using the Victoria Secrets’ models claiming “We’re covered in Symantec or nothing at all.” Someone complained it was too PETA-esque. [I]“OK, what if we have them in a thong?” “No no - it’s got to be ‘or nothing at all’-!” [/I]Alas…

Yeah but does Norton make you have rainbow farts?

I call bullshit.
Seeing as the cpu usage of a modern antivirus is minimal how the hell can you get a 50% speed increase it’s not possible.

Maybe Norton uses half the cpu cycles of windows antivirus does but that is not a 50% speed increase.

Me thinks someone read the press release incorrectly

looking at the report apart from one silly open file and close it thousands of times pointless script where I assume Norton has a cache especially to speed this script up.
They are talking about scan times, this just means Norton is more of an hog then its doing the scans so you probably can’t do anything else

What’s next? You’re going to have me worried about every li’l thing now?!! 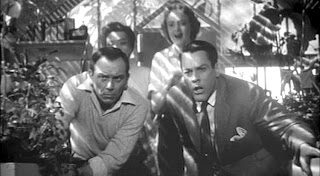 Don’t you realize that if we can’t get some sleep occasionally, no telling WHO we might turn into?!!

Heavens… the next thing I know, someone’s going to suggest this report should be called “Symantec can pay to have any report say anything!”

I’ve been using Norton AV on Win8 for a few days.
I wouldn’t know if it makes Win8 50% or not, but it certainly doesn’t appear to slow the PC at all.
It works well, and I’ll trial it for the 30 days, that’s all I can say.

Personally, I never judge things on hearsay, and prefer to try things out for myself.

If you do uninstall it (or if you keep it and upgrade to a new edition), could you run a REGEDIT Search and look for old SYMANTEC or NORTON references afterwards?

[QUOTE=ChristineBCW;2653549]If you do uninstall it (or if you keep it and upgrade to a new edition), could you run a REGEDIT Search and look for old SYMANTEC or NORTON references afterwards?[/QUOTE]Of course I can.
I’d normally do that with any application that I un-install, as they have a habit of leaving stuff behind.

If I do un-install Norton AV, I’ll let you know what is left behind.

That’s saying I keep Win8, as I haven’t decided on that one yet, either.

In the Norton Util 2002 days, they would replace Win Components with superior Norton Util versions (“superior” being a relative term, of course) and then couldn’t replace those with the original Win version if NU2002 was uninstalled, or upgraded to NU2005. So there’d be substantial folders left behind and manual-deletes of those files resulted in start-up whines and groans. I hated that - useless files - er, files that would never be used again - left consuming MY hard disk space that I paid for. I asked Peter Norton to pay me for that space, but he acted like he didn’t even have an email address. Boy… if only my brick coulda found his front window-!

Finally, Symantec started offering downloaded cleanup tools. What? Like those couldn’t be included as part of the Uninstall Process?!! Did Symantec believe users received some far-greater enjoyment of doing Uninstalls AND Downloaded Clean-ups?!! Grrr…

Symantec software is like a tattoo, once you’ve got one and decide you no longer want it, you’ll need some serious work and time to get rid of it all.

Interesting… My experience with Norton was that it always slowed my computer down. The current AV program I use doesn’t slow my computer.