Hi, I used to have a pioneer 108 writer and it worked very well it could copy a dvd in nero recode in about 15 minutes, then one day it stopped working with datawrite 8X dvd+r (optodisc 8) discs that I had been using very successfully for about a year and would only work with discs called Mr.dvd (aml002) but that would take almost half an hour to copy a disc. So I got a new dvr-111d thinking that the old one was on it last legs, and I have almost exactly the same perfomance speedwise, taking about half an hour, though this one accepts all discs. I had a man in to look at it and he says its not the memory as when he started it in safe mode it was just as slow. Do I need an update of some sort? I dont really know much about this sort of thing but when I looked in Nero tools, it said that I do not have system aspi installed, but I do have nero aspi installed. If anyone has any ideas I would be very grateful.
Thanks

Check and make sure DMA is enabled (more info in link in my signature).

Use better discs (Taiyo Tuden and Verbatim are considered the best quality and usually have the best compatibility).

Hi thanks for the quick reply I checked what you said and the secondary ide channel properties said pio only for device 1, should I change it to dma or does that only apply to primary channels. Thanks again

With the Pioneer burners you must have 80wire IDE cables & preferably the burner as master. Also it must run in Ultra DMA mode 4.

Thanks for replying, I checked and its not running in ultra dma 4, is their a way I can make it do that. I’m not sure about the wire or whether its a burner as master. I tried to change the pio that I mentioned earlier to dma and it went much faster but then the burn stopped halfway and now its reverted back to pio.
thanks again

use this link on how to set to DMA MODE:
http://www.cdrlabs.com/phpBB/viewtopic.php?t=7625

Thanks it seems to be working faster now it was the pio thing, it still takes about 18 minutes, which is slower than my old writer, but it is better. If anyone has any suggestions to make it faster I would be grateful
Thanks again.

As indicated you need an 80 conductor cable, compare the pictures here of the 40 and then the 80. Some drivers will kick back to PIO mode if they detect communications errors with UDMA.

Hi I dont know much about computers so I got a man to put it in for me, so not sure if he used those wires. Do the wires usually come with the writer or do you have to buy them seperately, because if it was seperately I think he would probably have used the old wires? If I bought the wires would it be easy for me to put them in or is it likely that I would electrocute myself?

The lethal voltages are separately enclosed in the power supply. Disconnect the computer from the mains supply before opening the computer’s case. You should be able to look inside and make a quick determination if the cable is correct.

If you paided someone to install it they really should have put the right cable on it. Some drives come with new cables, some don’t.

I will have a look inside, but I think I would prefer to get a cable first so that I just have to open it up once. I had a look at some cables on the internet but there seem to be a lot of different types and I’m a bit confused as to which one to get.
Thanks

I will have a look inside, but I think I would prefer to get a cable first so that I just have to open it up once. I had a look at some cables on the internet but there seem to be a lot of different types and I’m a bit confused as to which one to get.
Thanks 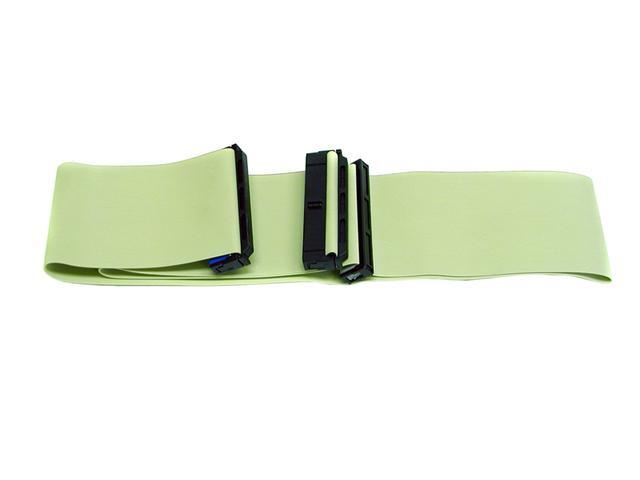 Buy GENERIC Model 21AT-10124-100 with fast shipping and top-rated customer service. Once you know, you Newegg!