My computer’s getting a bit old and it’s also starting to have hardware errors so I’ve decided to get a new one (though I’ll keep some stuff from the old one) and since this is the first time I put together a configuration I’d like to get to know what you guys think is it good (for the price since sadly I can not afford to spend more) or it can be made better without going over the price limit (approx. $540, since we don’t pay in dollar here I think it would be this much. Dollar worth like 200 times more then our money so it’s pretty lot here).

This would cost me like $540. I’ll keep everything else since those are new.

So what you think?

Where do you live?
//Danne

For the same money you can get more modern and powerful computer, something like:

As I know the prices for computer components in Hungary are the same (approximately) as in my country, so I suggest you to find some another supplier with more â€œfriendlyâ€ prices

Motherboard sounds good gotta look for it in the shop. If affordable I’ll go for that. Thanx

(Am I inderstanding it well: it has an integrated audio and lan? Or I’m misunderstanding the asus site?)

About the cpu: What’s “Presler”? Never saw that before. Is it like Prescott and Northwood? Or I’m thinking in the wrong direction. Made a search for it but google can not find anything in hungarian about it(btw. I’d love to have dual core, if i could afford it) .

Where are you living? My searches only bring up german sites.

Is Sapphire better then Connect3D? They’re at the same price, so if ya guys say it’s better than I’ll defenetly go for that (those it support directx 9?, couldn’t find it on their website).

Btw. What’s wrong with Asus P5VD1-X? Everyone say (my sister’s collages too) that it ain’t too good, but won’t tell why. (I’m only curious)

edit: Checked the motherboard and it’s waaay too expensive, sadly

Maybe it’s just me but I’m stiking to pentiums 'cause I’ve heard 3d and that’s my hobby to and I’ve heard celerons are not good enough for it and amd is better at games rather than rendering 3D pics.

Hi! If you can afford it, it’s always better to go for an Intel-chipset based motherboard for a Pentium CPU. Your first choice uses a VIA-chipset.

You’re correct with your assumption about “Pressler” (two esses if you want to google): it’s the code name for the current Pentium D 9xx CPU core.

Connect3D is indeed one of the cheaper brands, but Sapphire is a mainstream manufacturer as well. You could be happy with either, though my choice between these two would be Sapphire too.

I still thought it is spelled “Presler”.
Celerons are mostly sub-standard Pentiums…

Just get dual-core, no more waiting and idling.

So Pressler (or Presler) means a that cpu which is numbered as 9xx (like D930), there for it’s dual core.

Thanx Cressida for explaning the motherboard difference for me!

I guess then I’ll choose the Sapphire card since in price it’s no difference and it’s a better brand. 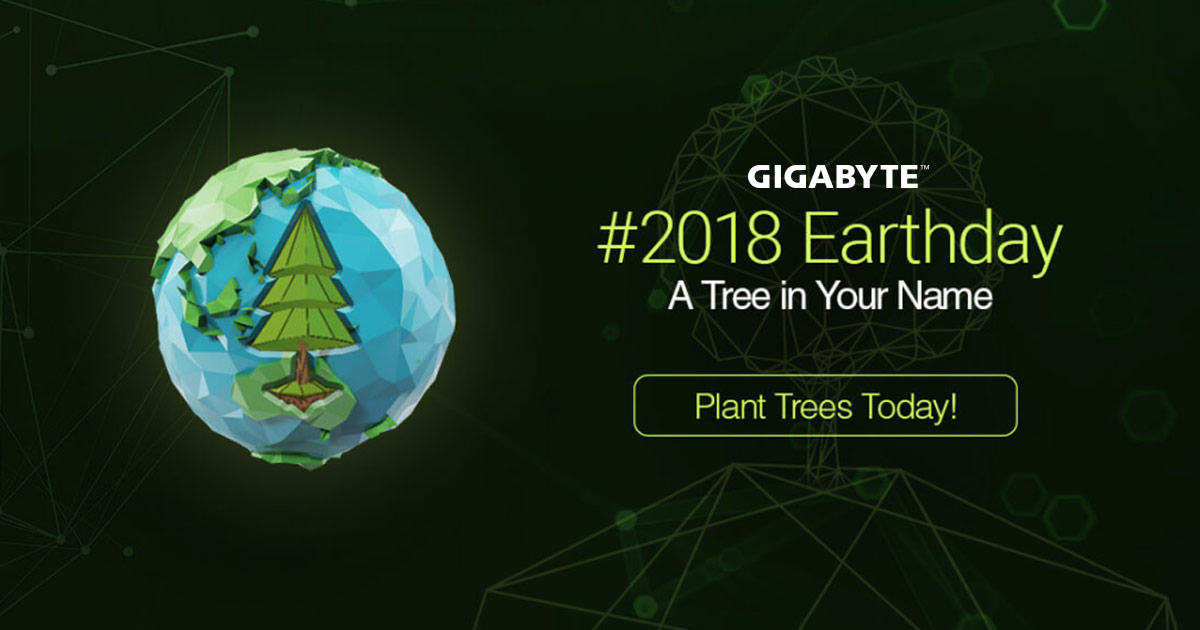 The Gigabyte has no Dual Core support - forget it

. You’ll need to investigate this further (or hopefully someone with the experience will read this), but I’m sure those heavy 3D applications will benefit from Dual Core technology.

(well not ddr2 but atleast dual core. BTW can I put a simple non dual core cpu in in if it’s LGA775 socketed and say 64bit. Just incase afterall I could not afford a dual core cpu at the moment.)

Sorry Taru, don’t touch that one. I think you’re confounding Dual Core CPU support and Dual Channel memory support, which are two completely different things. You will need Dual Core CPU support, if you’re spending money on a new Pentium mobo. Even if you don’t buy a Pentium D yet, you will at least be able to upgrade later. The Intel i945P chipset is the best option, so Oleh’s suggestion for Asus P5LD2 SE is very good. Alternatives are MSI 945P Neo2-F and Gigabyte GA8I945P-G.

Motherboard sounds good gotta look for it in the shop. If affordable I’ll go for that. Thanx

(Am I inderstanding it well: it has an integrated audio and lan? Or I’m misunderstanding the asus site?)

About the cpu: What’s “Presler”? Never saw that before. Is it like Prescott and Northwood? Or I’m thinking in the wrong direction.

Presler differs from previous dual-core processors by its double-larger cache (2x2Mb) and a new core, which is manufactured with 65nm process technology (so it must be â€œcolderâ€ than itâ€™s predecessors â€“ 90nm Pentiumâ€™s D 8xx series). In addition it supports Intel Virtualization Technology (http://www.intel.com/technology/computing/vptech)

Where are you living?

Ukraine â€“ the north-eastern neighbour of Hungary. I have a trip to your country last autumn, and in TESCO hypermarket in some city (it seems to me that it sounded something like â€œNiredhazaâ€) I compared the prices for computers and peripheral devices and they appeared almost identical. So I think, youâ€™ll find those components for better price

(those it support directx 9?, couldn’t find it on their website).

Is there any significant difference between Asus P5LD2 SE MSI 945P Neo2-F and Gigabyte GA8I945P-G because of which I should choose this or that motherboard or it’s basicly the same (Since I1m learning and therefore have no own income my mom is the one who tell how much I can spend on it but after numerus talks with my mom now I can calculate a little higher in money so I’m wondering which from these three should I choose since theres only little differenc in price and I’ve choose P4 D930 3Ghz cpu. Maybe if it becomes too high priced then I’ll get it in two steps.Half of it this month and if God wants it that way too and my current comp. too then other half next month.)?

Thanx for the info about “Presler” now I know perfectly what it means. I guess I’ll need to visit Tesco and see what the have (since their website is basicly useless).

Glad to hear Sapphire is compatible with direct x9. Some software asked for it nowdays and this is something I rarely see in the spec of the cards. So I’ll stick with the Sapphire. Thanx for the info.

Hi Taru! You’ll have to compare the specs of different i945P chipset based mobo’s and pick what you need yourself

. One thing to look out for on the cheaper ones is that they can have only one PATA connector (for two devices - optical drive and/or hard drive). If you plan on re-using an old PATA hard-disk, this is not very good. The Asus P5LD2 SE for example has only one connector, but the P5LD2 (no SE) has two. The Gigabyte has 3 PATA connectors, so you see there are differences.

If an i945P mobo is too expensive after all, you may save maybe $50 if you can find the Asus P5P800 SE (must be SE) with the older Intel 865PE chipset. It still uses AGP (no PCI-Express) and DDR (no DDR2), but it is compatible with the Dual Core Pentium D 930 you have chosen. In Belgium it costs only 73 Euro. Obviously you’ll have a less “future-proof” computer in this case, so for you to decide if you’ll need PCI-E, DDR2, SATA300 and RAID.

Little help here I1ve got lost in the specifications.

and the Asus sas:

What I understand from this is that the Asus has integrated audio and lan and has raid but the Gigabyte does too. Are they writing the same thing differently or I’m the one who lost something here ( if there’s lan controller then it means it has lan integrated and so on?). If not then what does lan controller mean?

edit: Anyone know the differenc between d950(for $572) and d650(for $337) cpus? And I’ve read that 64bit cpu won’t work with the ordinary WinXp. Does that mean it won’t start or it will not be typiclly feelable that the cpu is a 64bit one? Maybe show me where I can see the specification of intel d9xx cpus since I don’t seem to find them.

opps. I’ve just found the chart on intel’s site. Oh well, guess I1m blind time to time. And I’ve figured the difference between d650 an d950. d650 doesn’t exist. The site misstyped the number 'cause (based on intel’s site) that’s not a dual core cpu.

The Asus P5LD2 and Gigabyte 8I945P-G are almost identical in their specification. If you’re on a tight budget, the Gigabyte is a very good choice. It costs 88 Euro here.

A Pentium D 650 doesn’t exist (that’s just to fool ingnorent buyers I suppose), but a Pentium 4 650 is a Single Core CPU (with HyperThreading). Pentium D (real Dual Core = two Single Core CPU’s in one) only exists as 8xx or 9xx versions. Just look on Intel’s website for a list of available Pentiums.

No need to worry, 64-bit CPU’s are backwards compatible with 32-bit software (Windows XP and applications). You can upgrade to 64-bit Windows Vista later.

Thanx Cressida! You’re right I’ll probably won’t use RAID (actually I don’t really know what that is, mainly 'cause my current board doesn’t even have support for it. Probabaly it’s too old for it.)Now I’m done with the config.

Though I guess it will be in two steps but I’m sure this will be good (unless the vga prices go lower then I’ll get one with 256bit.)

Thanx for all the help Cressida! And ofcourse everyone else who answered me!