I’ve been experimenting with different IDE cables and my retail 1650 recently. The drive was good with cheap media to start with (as sole device on secondary IDE channel), but I occasionaly have had some very poor results which made no sense (unless a lot of media was defective on the same batch). The cable used on that setup was the original DFI florescent round cable that came with my board. I noticed that it was in fact a ribbon cable squeezed in a plastic tube (something that in my book is wrong, the board was expensive and DFI should have shipped better cables with it). Anyway,
I wanted to see how the drive would behave using different quality cables.

The conditions:
SB/OS/WOPC were all ON throughout.
INFODISC-R20-00 (x8 +R) and CMC MAG-F01-01 (x4 +R) were used from the same two batches in all burns.
Burns and scans took place under minimal system load conditions with no background programs running. I used ImgBurn to burn Nero .nrg images (feeding from my orherwise empty unfragmeneted Maxtor MAXline III SATA drive as always) .

Stage 1:
I unplugged the DFI ‘fake round’ cable and plugged in a shorter ribbon cable. This one was cheap and old, I’ve had it from the time that ATA66 was tops for hard drives. Run some tests and the results sucked, the drive would fail to write to some media that had no problem writing before, verifications would fail at various points on the burns, to cut a long story short I’ve made quite a few coasters. I cleared learned media, plugged it as sole device on IDE2 and tried it again, same bad results. Out of 12 burns only 4 were trouble-free using this setup. I can dismiss this as a case of a faulty cable. I didn’t have any other ribbons to try it with, but I’m pretty sure that the drive would do well with a good quality ribbon.

Stage 2:
I then plugged it to USB2 via adaptor, cleared learned media, and did some more burns which were much better on the same media. There was only one coaster out of 12 burns via USB2 (and I assume that this fail was down to a defective disc).

Stage 3:
I bought some decent Belkin PRO 18" IDE cables which are ‘proper round’ and support up to ATA133. Plugged the 1650 sole on IDE2 with one of these Belkins, cleared learned media and burned another 10 discs on the same media that failed with the flat ribbon cable. All these burns were good with scans that ranged from 92 to 96, (some of those were x8 overburns on CMC MAG-F01-01 media too).

I don’t know what these results would mean to other users, but it seems that my 1650 likes these Belkins better than the fake rounds shipped with my DFI board

. I deninately have had less failures on cheap media with the Belkins on. Any comments from more experienced users would be appreciated. Thanks in advance for any replies.

Was it this cable? 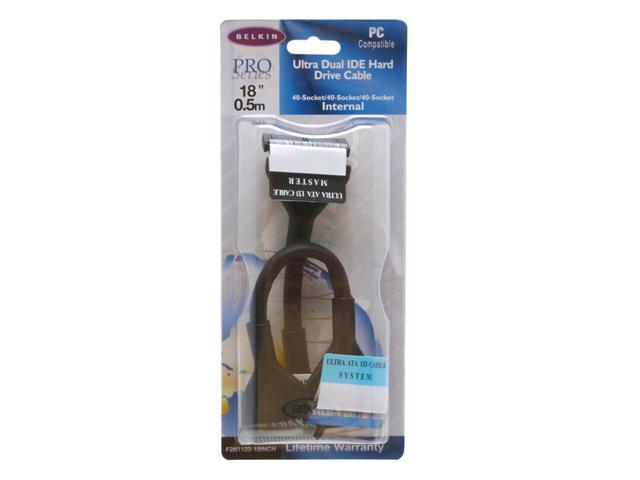 Buy Belkin Model F2N1123-18INCH with fast shipping and top-rated customer service. Once you know, you Newegg!

No, this is the one. It had similar Belkin PRO series packaging like the one in your link:

Looks to be the same one, just different color.

Thanks and hope your good burning continues

Thanks MegaDETH. I am waiting for the courrier to bring me my replacement retail 1655 today I see in your sig field that you had probs with one of those too…

Yeah 30-40 coasters later I gave up. I tried different “3” IDE cable and every other thing I could think of.

It was also a bad scanner, it was telling me my LG burned disk were crap.

Here are some scans a friend did for me, burned from my LG and from my 1655

Dammit that second scan had all the colors of the rainbow. I’ve had some of those too, you practically needed sunglasses to read them. I assume the the TY media you used was not fake, so it must have been the drive.