Any idea what you typically get?

because I think I am experiencing a noticeable decline in burn quality (like quite a bit more than I would have expected given my past results with this same media as I still got a older batch I bought in Jan 2014 that the last I knew still gave me the usual high quality burns/results) as I just got a batch of Verbatim DVD-R (MCC 03RG20) from Amazon this month (April 2022) and I just burned the first disc on my Sony Optiarc 7240s at 16x and quality took a rather large hit vs the usual standards I am used to given what KProbe is telling me (on Linux Mint v20.3-Xfce running Wine v4.0.4 32bit) with a scan at 8x with my Liteon iHAS324B burner… 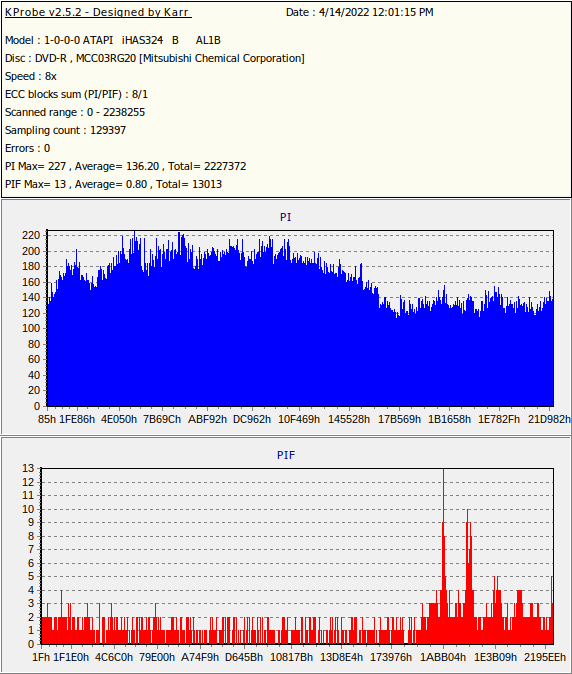 even copying that burned data back to hard drive from that disc afterwards seems to go pretty much full speed until around 3.7GB range and you can hear it slow down for a while but then speeds back up etc.

EDIT: after trying a burn at 16x with the iHAS324B it was even worse as it failed to ‘verify’ at about 96-97% of pretty much a full disc. then I scanned it with Kprobe and it’s quite a bit worse than the scan I posted here as at least this one is still readable. but at this point I might try slowing burn speed down to 8x (or slower). if that fails to give a noticeable improvement, I only have my old Liteon 1673s to try and if that still fails to give decent results, chances are these discs are shot and I might opt for a refund on Amazon.

EDIT #2: after burning another disc or so, in short… the discs (Verbatim DVD-R) are pretty much shot.

at the least… they don’t like my burners (7240s and iHAS-324B) which maybe they changed the formula(?) or by some chance I got a bad batch(?), which I suspect is unlikely I got a bad batch. either way, ill probably avoid Verbatim DVD-R AZO recordable media in the future as I might try the Verbatim DVD+R AZO soon as I suspect those will probably work. but if not, to make things easier to return, ill order them from another place so if they act up I can take them back locally and won’t have to ship them back. but of the Verbatim Azo DVD+R fail, them pretty much my only safe option left is to stick with Taiyo Yuden (I assume these are still safe on pretty much all DVD burners?) if I need to buy more media. so basically I am returning those discs to Amazon for a refund.

Here´s a burn with an older MCC:

Here a newer one, same writer

OK, the old is is made by CMC and the newer from MBI but IIRC the difference between MBI and CMC Verbatims are not so different, at least with the latest media I bought, which is from 2017

Taiyo Yuden is hard to find and expensive. Maybe you get TY by CMC, this media looks to be not bad, but dunno how the vary of quality is and how it works with your writers 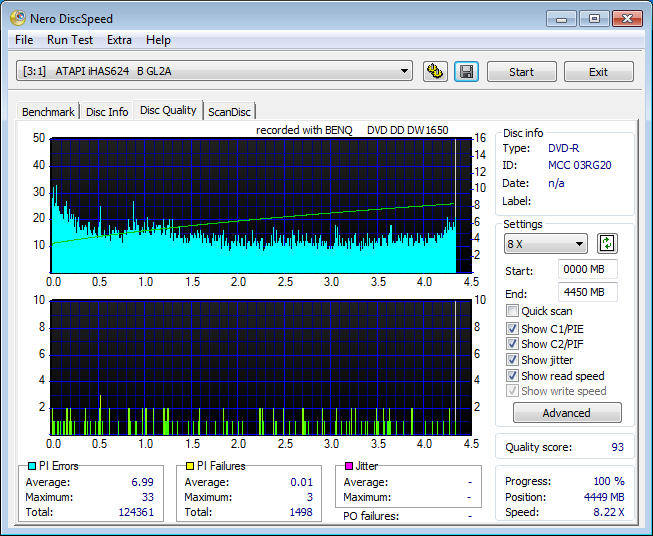 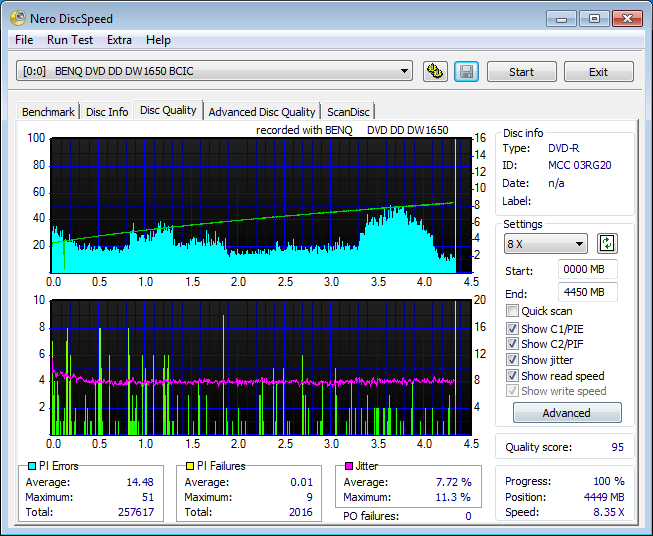 Nice to see burns with this Benq-oldtimer 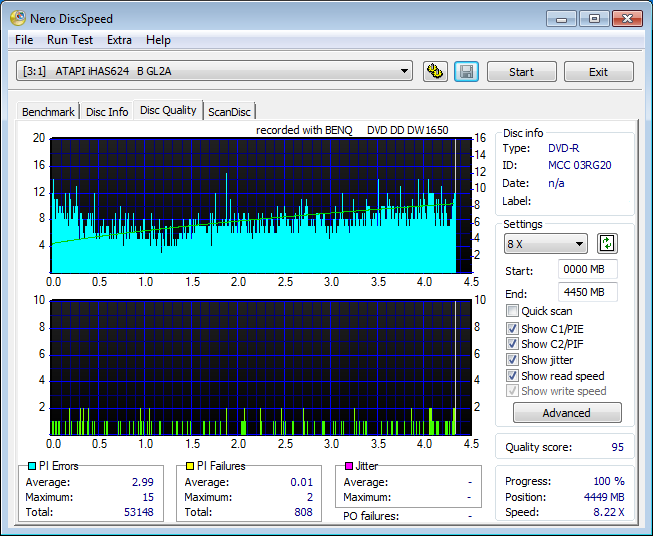 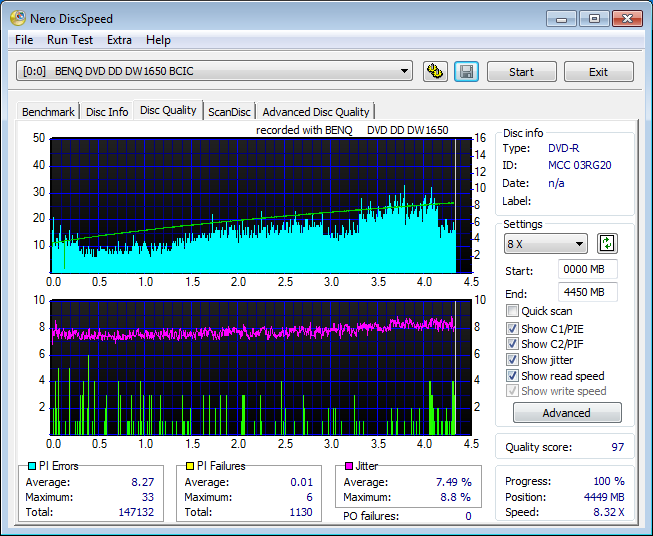