Memorex DVD+R DL 8X, are they any good?

I’m looking to get some DVD+R DL discs, these are very cheap, and I have good experience with Memorex single layer discs, but does anyone know if these are any good? I have an Optiarc AD-7200S burner, will these discs work well with it? Thanks. 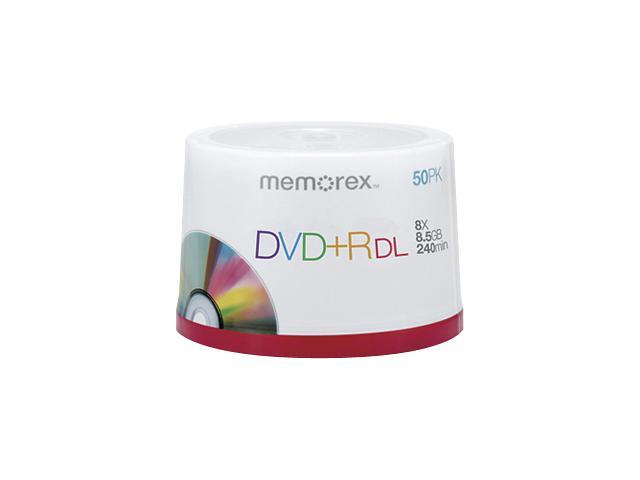 They make wonderful Christmas tree ornaments. And if you like to shoot skeet, they’ll make good substitutes for the clay pigeons. I don’t like to use them as coasters personally, since they bead up water off the glass.

Stick with Verbatim or Falcon for +R DL media.

I have had acceptable results with Memorex 8x DL’s (RITEK S04). The Optiarc is one of the better burners for this media (along with Pioneer’s)

Ok, I’ll avoid it then. I have good experience with Philips and Sony DVD+R DL media, but these are much cheaper than the Phillips and Sony, that’s why I thought I ask.

They may be the very same mid code as those Philips and Sony disks. Most of us avoid those two like the plague as well, though Memorex often times seems to get the worst examples of any particular mid code.

I’ve just dealt with too many threads where people used Memorex DL disks and had complete failures with them…probably a couple hundred threads over the last 4 or 5 yrs. I cannot recommend them, even though the problems were, in part, due to poor support for those disks in the firmware of many drives.

They are total junk disks but my 7260 seems to make playable disks with them. If you can get them cheap enough and have a burner that likes them they’d be good for giveaway and non mission critical stuff. Just don’t expect them to last a long time even if your burner likes them.

Well, it’s sold out now. I don’t know how well it’ll burn on my AD-7200S though. The Phillips and Sony burned really well on my burner.

videohelp.com/dvdmedia is a good source for info about them…

Well, I got some TDK that are Ritek S04, it seems like they burn ok with my burner. Not as good as the Philips or Sony, but definitely decent. [QUOTE=awdrifter;2540812]Well, I got some TDK that are Ritek S04, it seems like they burn ok with my burner. Not as good as the Philips or Sony, but definitely decent.[/QUOTE]

The disc quality scan speed is set to fast at maximum if the 7200 is anything like the 7240 it will
give more true results at 5x on the scan speed.

It only gives me one choice.