LG introduces a niche e-reader for the growing market.

I own a Amazon Kindle. The advantage that I see of the Kindle over other readers is its use of Sprint’s wireless network for it’s “Whispernet” to download books from Amazon. Also, the fact that Amazon has an extremely large selection of ebooks available for the Kindle.
I am not sure what the advantage would be for a reader run by other services. The only company that I feel could come close to competing with Amazon would be Barnes & Noble, who I read are going to be launching an ebook reader soon.
One of the advantages of the “electronic ink” used in these readers is that you can read it it direct sunlight and the image will not be washed out, because there is no backlight that needs to compete with the sun. Since there is no backlight, you need an external lamp to read in the dark. A built-in light for shining down on the outside of the screen might be nice, but only if it used a separate battery from the rest of the device. The batteries on these things already last a long time. I’m not sure how much of an attraction a solar-powered one would be.

Everything in our world, especially on the tech side is utterly complex. There are innumerable angles. I find myself using a roadmap approach to understanding things. In the sense that all annoyances, dare I say, might actually be designer. Another aim is to generally try and keep things proprietary and bring in third parties only if it is too much of a headache, or not too profitable or profitable but accountable (as in App Store where a good amount of the proceeds go to Apple).

Let’s say I am a publisher or seller of books. I know that publishing and selling e-books is a no-brainer. It is 100% profits and no inventory headaches to boot. Problem is that any fast transition would disturb the paperback biz. On a deeper level, searchability means books would no longer be bought on faith, again something that would hurt the biz.

Annoyances is the best time tested methods to slow the transition. Most annoyances have their roots in proprietary designs. Whatever is not open cannot be fixed, at least not fast enough. Another thing with ebooks is that piracy is an issue. So ebook readers are DRMed to their teeth.

To really understand the problem, we need to segment the readers into savvy and non-savvy. Savvy readers would never bother to pay for ebook readers and ebooks because they can buy a Netbook for $200 and read more dynamic content on websites and blogs.

The non savvy readers may fall for ebooks because they want a no-nonsense gadget (no software issues) that has a long battery life and can store dozens of books for those lazy afternoons on vacation.

The commenter above made a important point regarding backlighting. The other thing is about images. E-ink is fine but its monchrome. B&N might introduce color but only in the secondary display.

The upcoming gadget, likely to be formally introduced next week, reportedly has an e-ink display, multitouch color display, and a built-in light, per Gizmodo.

Netbooks have always had backlighting and color. The newer ones by Asus and Nokia last upto 10 hours. 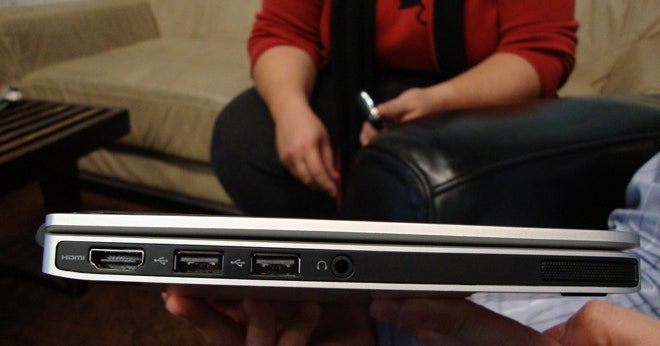 The Booklet 3g, Nokia’s new offering in the red-hot netbook space, tries to blur the line between smartphones and notebooks — not a surprise, coming as it does from the world’s largest handset maker. And while it may be a late arrival to an...

In my opinion, someone should come up with a stripped down Linux distro (a Puplet maybe) which does only one thing - downloads, displays and manages ebooks.