Hey dudes,
I am interested in leaning C programming, and wanted to ask if there are any sites/books that other people can recommend? I am aware that C is a very difficult language to learn and use, but it has always a sort of project for me and I would like have a go

Also can anyone recommend a basic (freeware) compiler?

First off, learn a bit of history about two geniuses : Dennis MacAlistair Ritchie (September 9, 1941 – c. October 12, 2011) was an American computer scientist. He created the C programming language and, with long-time colleague Ken Thompson, the Unix operating system. Ritchie and Thompson were awarded the Turing Award from the ACM in 1983, the Hamming Medal from the IEEE in 1990 and the National Medal of Technology from President Bill Clinton in 1999. Ritchie was the head of Lucent Technologies System Software Research Department wh Dennis Ritchie ... Kenneth Lane "Ken" Thompson (born February 4, 1943), commonly referred to as ken in hacker circles, is an American pioneer of computer science. Having worked at Bell Labs for most of his career, Thompson designed and implemented the original Unix operating system. He also invented the B programming language, the direct predecessor to the C programming language, and was one of the creators and early developers of the Plan 9 operating systems. Since 2006, Thompson has worked at Google, where he Ot...

The definitive book on C is the wonderful K&R, get it here :
http://www.c-program.com/The_C_Programming_Language_Ritchie_kernighan.pdf

There are many C compilers around, but for you I would suggest lcc-win32 :
http://www.q-software-solutions.de/products/lcc-win32/

C is not very difficult, it’s simple, powerful, and dangerous.

/me falls from his chair.

Hey i’m getting mocked by Spath. Nice one. That a proud moment for me. Brings a tear to my eye.

It was suppose to be a small joke but I guess me forgetting the smilies means that I just look stupid instead. Oh well not the first time not the last.

To put it simply, C lacks many security checks, so buggy code can have
awful consequences. A large part of all hacking activities is possible thanks
to the security weaknesses of C and C++. To quote Stroustrup : “C makes it
easy to shoot yourself in the foot; C++ makes it harder, but when you do
succeed, you will blow away your whole leg.”

So is it worth me using a less important computer (like my old laptop; P3 1ghz, 256mb, 98se) to code? I really can’t risk destroying this one

As Im just starting off I know Im gonner make a good amount of errors.

have you programmed in any language before? c is NOT very newbie friendly. learning to use it isnt very hard, but using it well can be. lots of libraries that can be/need to be used. or you could write your own.

//methinks spath should write a book on how to mess with peoples bad c. or maybe not

No need to use a dedicated PC for learning C, you will not harm anything
on your system until you start writing driver code.

As for messing with bad code, these are two excellent books on the topic : 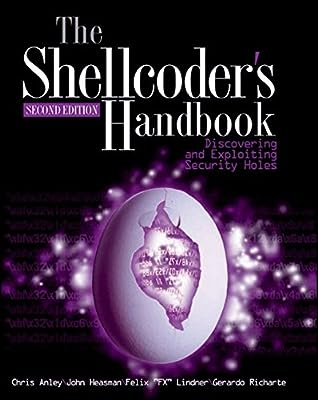 This much-anticipated revision, written by the ultimate group of top security experts in the world, features 40 percent new content on how to find security holes in any operating system or application ... 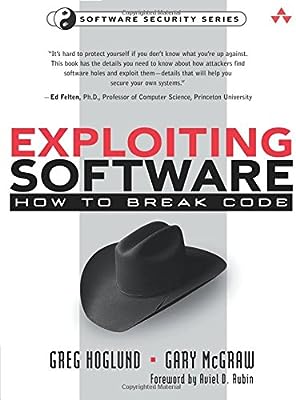 Exploiting Software: How to Break Code

Thanks spath, I actually always wanted to have a go at C/C++ for a while!

Thanks very much spath, I will have a go. Do you think it would a good idea to sticky this thread? It had very good info in it.

this is the course homepage for the class that taught me c++. it assumes you know a little bit about programming. the class itself is mostly for the STL and data structures stemming from it

I always wanted to learn C as well (or any of it’s offshoot C+, C++, C#), but I decided to mess with Visual Basic first since it’s a lot more “user friendly” and still quite powerful. I guess it also depends on what you want to use the language for.