The granddaddy of excellent media still looks good at 5 times its rated speed. I’ll check in on it in a few months and see how it keeps up.

I recorded this disc at three times it’s rated speed of 8x. I was pleasantly surprised by how well this media held up to high-speed burning.

Sold as Kodak gold 8X. This is the real gold discs and not the silver+gold discs. Burned without problems at 8X.

Sold as Kodakultima silver+gold 16X. This is the not the real gold discs. Burned without problems at 16X. 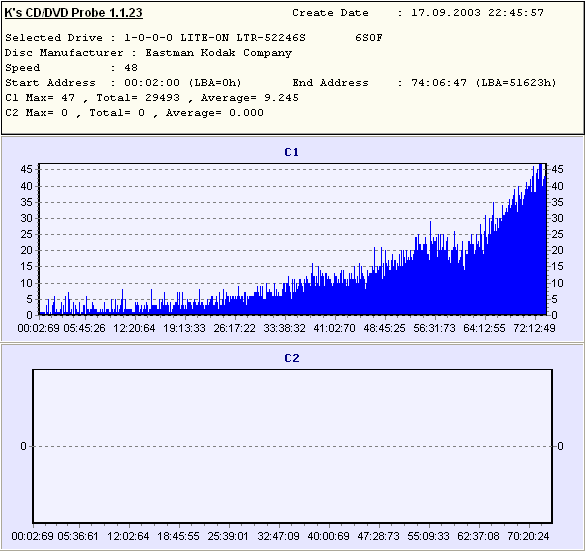 This LG drive is weird. It makes all burned discs’ recording layers look funny and different coloured. And it’s crap at DVD burning…

16x was the only speed available for this Blu Ray drive.

Decent for the slowest burn speed. There seems to be defects with these kodaks though. I can visibly see in many of their recording layers that theres like a small nick in them. Many have a large error chunk just after the 20 minute mark too.