Is this memory any good?

Does this seem like a good buy? im not sure on the brand, but at least it has heat spreaders… 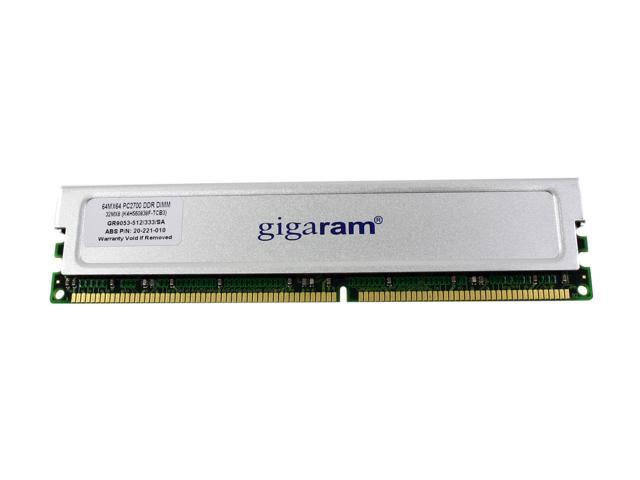 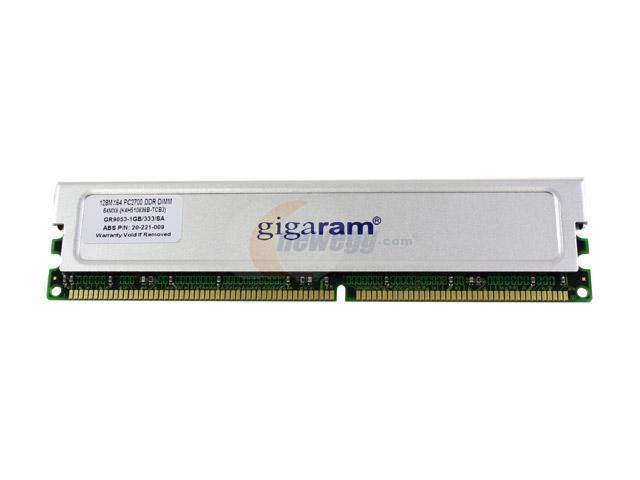 1.5 gb…i only have 3 slots and the fastest speed i can run is pc2700… so i figure this would be good for now for videos and media and still leave me a slot to upgrade again… but by that time im sure id be buying a new computer anyway… thanks for the help in advance…

Well it’s one of those never-heard-before-of brands. That doesn’t have to be a problem, but there’s no garantuee that it will work fine. The problem with this cheap memory is that it’s often not certified by any mainboard manufacturer. The only way to find out if it works alright is to plug it in (and for the best, run some memory tests). If it works out alright, you should be fine. Don’t expect miracles when it comes to overclockability though. You may find it neccesary to use less agressive timings or higher voltages to get it to run fine!

Don’t be fooled by the heatspreaders. Heatspreaders are just tiny pieces of metal that make stuff look good. It doesn’t mean that it’s good. If you’re not into overclocking, heatspreaders are not that useful. Most standard brand memory comes without!

The bottom line is that it’s a real bargain if it turns out ok, but it gets a pain in the derriere if it doesn’t. And there’s absolutely no way of telling! (lots of cheap memory is produced by different manufacturers, so buying two identical strips of memory doesn’t mean they are identical from the inside as well, which of course implies that the quality may be different also)

One thing to keep in mind, it’s CL3 only at 3200. It’s backwards compatible to slower motherboards.

I’ve got a total of 1 GB RAM now. When I first installed it, I was getting strange errors in Internet Explorer ( Module faults, etc ) and other programs, which ran fine before. So, I ran MemTest86 v3.2 and ended up with over 27,000 errors!!! ( btw, the errors were mainly in Test #5, which I’ve read may be caused by the Northbridge overheating ).

I, then, put the new 512 stick in the first slot and put my weakest RAM (some no name generic cheapo ram) in the last slot. Also, I had my AGP Aperture at 256 MB, which was changed to 128 MB, and put other BIOS settings back to default.

Going from 512 MB to 1 GB has been great since getting over the initial problems.

For the price, it’s worth a shot. The gal at the Circuit City cash register said I had 30 days to return it. So, hopefully, I won’t need to because I’ve been spoiled with a more responsive computing experience!!