I’m still running Windows XP SP3 with IDE drives. Good IDE burners aren’t available anymore at low cost so thought I would try a cheap SATA model with a SATA to IDE adapter. Got a iHAS124-04 W HL05 Lite-on burner for $15 delivered from NewEgg and an adapter for $7.23 delivered from Amazon: 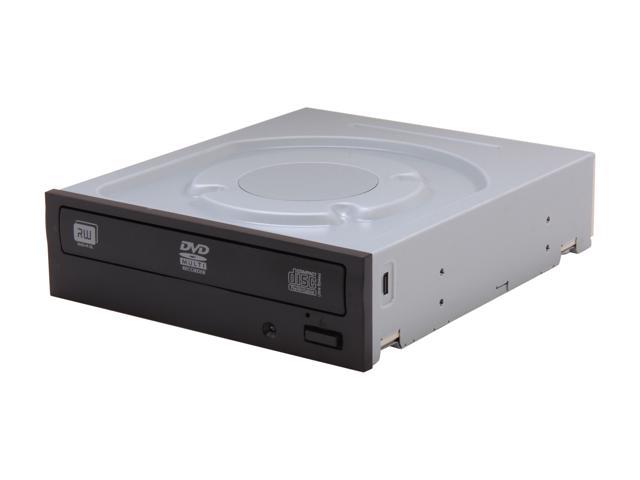 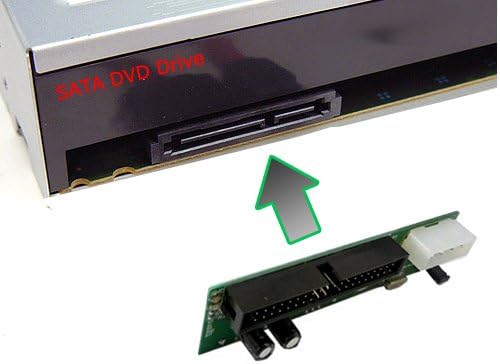 
So the price was right and it worked, but I didn’t like the result…

During burn of a movie to a Verbatim 8x DVD+R DL at 4x, the speed didn’t hold steady at 4x but varied significantly throughout. Also the drive buffer cache varied a lot during the burn. The result was a playable disc but not the quality I expect. I didn’t like it so put it back in the box on the shelf for a rainy day someday, maybe. It will probably just gather dust. I might try a better SATA burner sometime because I don’t really know if the poor result was caused by the burner or the SATA to IDE adapter. Maybe both(?).

Incidentally I can’t get the PLDS SmartPack utility from Lite-on to work anymore. It times out or gives an error.

I’ve had mixed success with the $20-30 add-in SATA controllers - those Syba-types. Buying locally, I was able to do an exchange once I determined a port-failure.

The intelligible translation of instructions might be another issue because some may not have accurately described the supplied Driver Locations on the mini-CD. “Try try again” worked, though, as long as I dliligently uninstalled the inappropriate driver versions first.

Also, if I need to do a BIOS update to my motherboard, I usually uninstall that Add-On Controller Card first, apply the BIOS update, and then re-install the Add-On Card.

[QUOTE=JohnnyBob1;2696319]Example/link?[/QUOTE]What type of slot do you need to put it in? PCI or PCI Express?

[QUOTE=Stereodude;2696979]What type of slot do you need to put it in? PCI or PCI Express?[/QUOTE]
It’s a Compaq Presario S4020WM:
http://h10025.www1.hp.com/ewfrf/wc/document?cc=us&lc=en&dlc=en&docname=c00021854
PCI, AGP4x 1.5v
It says three slots, two available, but I already put in a bulky video card (NVIDIA GeForce 6200) which took up a lot of room - had to install it in the top slot, iirc. So don’t know if there’s really enough room for anything else, would have to open up the computer and poke around awhile.

However I’m not sold on the video card, so it could come out. It gave very little noticable improvement and sucks a lot of power.
[I]
[Yeah, I know it’s an oldie puter, but I’ve been using it daily for 10 years and would feel lost without it. Does everything I want or need. Also have a working W7 laptop on the home network but greatly prefer XP.][/I]

According to the reviewers, something like this should work for a SATA optical drive.

[QUOTE=Stereodude;2697007]According to the reviewers, something like this should work for a SATA optical drive.[/QUOTE]
Thanks, but that runs into technical complications beyond my knowledge and experience. Questions:

I’ve got 2 internal hard drives and 2 internal optical drives at present, all IDE.

Can I run some IDE and some as SATA drives simultaneously?

For example, could I keep everything IDE except run just one optical drive as SATA? How about running both opticals as SATA, keeping the hard drives IDE?

I see different kinds of cards mentioned with different numbers of ports. Presumably I need a separate port for each drive I want to run as SATA. Correct?

I also see several kinds of SATA mentioned such as eSATA, SATA-150, SATA II but know nothing about it. Which one do I need, or will any of those work with my puter?

They also talk about RAID, RAID 0, RAID 1, etc. but I know nothing about it. Is that important, or can I ignore it?

Yes, you can run some IDE and some SATA drives together. You can have a full IDE setup with one SATA drive. You could have 2 SATA drives and everything else IDE.

You need a SATA port for each drive.

RAID is important, but for a different reason. Sometimes the cards with RAID capability have a BIOS that makes them incompatible with optical drives. Based on the reviews I read cards with a SiL3512 chipset I believe this is the case for that chipset. The reviews mention flashing a base BIOS to the card if you’re not using RAID. It seems like not all cards with the SiL3512 can be reflashed. However, if you want 2 SATA ports instead of 1 SATA / 1 eSATA that’s probably what you’ll have to since it seems that all the cards with 2 ports come with the RAID BIOS. FWIW, the base BIOS and flasher are on the Silicon Image website. For example, the reviews indicate this card can be reflashed to the base BIOS which would give you two SATA ports that support optical drives.

As for the disc recorded, not bad for my taste. Maybe not your best disc but if it’s readable I’d use it.

Are you sure the iHAS124 W is a good scanner?

Isn’t the PIF graph a bit strange? In “bad” zones/discs I use to get “solid zones” of PIF=1 or more (I’ll call this the “background”), but in many of them spikes don’t go higher than 4 (with PIE solidly in the hundreds I mean). If the disc is good then the background is 0 like in your disc, but most spikes are of 1 or 2 then, not of 4, 6 and more. These “grow” from backgrounds of 1 or 2 in my discs.

The “final bad zone” is typical of my discs too, but I mean full discs! I used to think this was for the lower quality near the physical edge. In general I cannot see correlation between levels of quality (specially in the PIE) and physical facts (like recording speed changes or proximity of the outer edge), except that layer 1 is much better in PIF and layer 2 much much better in PIE.

So I’d suspect about the burner, both in recording and in scanning. But the disc isn’t “bad”, it can be better sure and the burner can be pricier too (I don’t know either if more expensive burners guarantee better quality results, or rather more speed or features only).

As for the burning process, I think you have more reasons to complain or to want to improve, but check the HD speed just in case. Also some HD’s, even modern, sink with certain usage patterns, like reading sequentially from several zones at the same time (if not sequentially all rotational disks sink, lol). Were you using your other recorder at the same time?

I’ve noticed (with SATA HD’s that don’t have problems with feeding several burners) that IDE is bad at isolating one drive from what’s happening in the other: you have a recording going on in say the master, eject the disc in the slave and the master recording slows down or stops while this happens (during 1 or 2 seconds). I think the best distribution with what you have now is:

Provided that the host can sustain 4/8x without problems, is it better to burn at 4x? I use to trust the media speed rating and I’d consider burning other disc at 8x and compare.

I used to see studies that said, “Don’t mix IDE hard-drives with IDE optical drives” on the same cable. IDE Data Thru-Put is affected by the slowest device on the cable, so keep IDE HDs on the same IDE cable.

It seems that that’s a myth. Source of some of the info here:

When two PATA devices are attached to the same cable, most host adapters can run each at its own best bus speed. In this ancient computer it’s possible that burners bus speeds are higher than HDs’, but even if HDs are faster and the bus gets slowed down, it’s yet possible that the bus remains over HDs max sustained speed, as HDs have always enjoyed much more bus speed than they actually need (for instance, no rotational disks would be bottlenecked by SATA-1 except some very modern ones with 1TB/platter).

What really matters imo (and to be honest the only thing I was thinking about in my previous post) is the resource contention and how much have HDs and recorders to lose in case they miss the bus. Clearly, HDs are more “resilient”.

The latest version of ImgBurn (2.5.8) has an interesting setting in Tools -> Settings -> I/O -> Page 2 -> File I/O -> Transfer size . Increasing it should get a more sequential disk usage pattern, where HDs perform better.

iHAS124-04 W HL05 is an Optiarc 7240 clone if I well remember, and that is one of the best allround burners. The PIE should be right about what a Benq should show, but PIF-s are always reported higher than what true LiteOn or Benq drives show on a quality scan. Your burn is good, you just need a real LiteOn or Benq drive to do quality scans.

[QUOTE=kagula323;2698029]iHAS124-04 W HL05 is an Optiarc 7240 clone if I well remember, and that is one of the best allround burners. The PIE should be right about what a Benq should show, but PIF-s are always reported higher than what true LiteOn or Benq drives show on a quality scan. Your burn is good, you just need a real LiteOn or Benq drive to do quality scans.[/QUOTE]