I used IFOEDIT to edit the Video_TS.IFO file. I re-burnt the disc and my DVD player still says “prohibited by area limitations”. Now I have 2 coasters. Why doesnt my player work even if all regions are enabled in the Video_TS.ifo file?

PAL v NTSC issue perhaps or it doesn’t like the disc type.

The video plays file in my computer. How do I tell if its a PAL or NTSC? Why do they institute PAL/NTSC! It gives everyone so many headaches!

Open the VTS_TS.ifo or the VTS_01_0.ifo with IfoEdit & it should quite clearly show which it is.

I’m in Canada so I guess I’m screwed

Possibly but there’s a trick that sometimes works , read about it here .

I already have 2 coasters. 1 that I kept since its region free but still PAL (I use it on my comp).

I already have 2 coasters. 1 that I kept since its region free but still PAL (I use it on my comp).

So try with a rewritable if you don’t want to waste another disc.

I wasted quite a few in my time but tend to use rewritables for this type of test.

I’m in Canada so I guess I’m screwed

I know this isn’t a direct answer to your question, but you’re not necessarily screwed. I’m from Canada and make a fair amount of European DVD purchases over the Internet. If your player won’t play PAL, I’d suggest looking for a replacement DVD player if you can. It doesn’t have to be an expensive one at all; as long as it’s not ancient then it should play them if they’re burned as Region 0 or 1. I’ve only ever had a problem on my set top box bought around 2001/2002; anything later has done okay with them.

Or maybe the player’s age has nothing to do with it and I’ve just been lucky, but I’m just saying that as a Canadian I was in the same boat as you but have been pleased with the results of newer players.

There’s several ways to get that PAL to NTSC…
Here’s one way to get you started, since you have IFOEdit already… 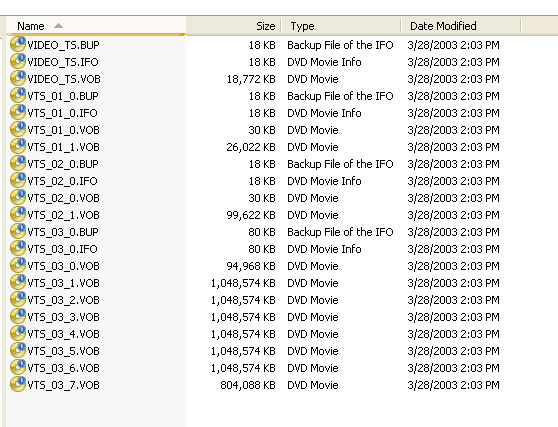 How to convert PAL DVD’s to NTSC and vice versa

BTW, I’m guessing you’ll only need to do the IFOEdit part of this.