I never give to charites and here is reason why 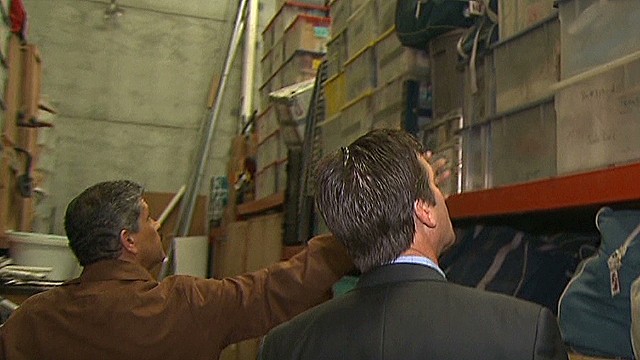 A CNN investigation found no trace of the nearly $40 million in donated goods that Charity Services International said it distributed to Guatemala in 2010.

Documents obtained by CNN show that Charity Services International, a private South Carolina company, claimed to have shipped nearly $40 million in medicines and other donations on behalf of 15 small charities to Guatemala in 2010. Those same charities also reported sending another $10 million to Guatemala the next year.

According to its tax filings, one of those American charities, The Breast Cancer Society of Mesa, Arizona, claimed to have shipped $22 million of donations by itself in 2010.

But a joint investigation by CNN, the Tampa Bay Times and the Center for Investigative Reporting could find no trace of even a fraction of those donations.

CNN traveled across Guatemala to find these medicines, starting with the Order of Malta, which was listed as the biggest recipient of Charity Services International’s alleged donations.

The salvation army is the only one I would ever give to.

I would rather give my money to some kid that some charity that spend it on things that are not what they said they would spend it on.

Sort of cynical myself, my question usually goes like this: If they have the money for advertising, why aren’t they using that money instead of playing on people’s emotions?
Accountability is another problem…I always wonder how many “desk jobs” are raking in the donations instead of going to the supposed charity.

Agreed, there are some that are honest, if anyone is interested in donating, it is best to research and make sure the charity is held accountable and what % of the donations make it to the target.

One of the charities I give to is St. Jude Children Research Hospital. For children with cancer. And to my understanding no family ever receives a bill. If I am wrong than someone can correct me.

Giving to charities requires doing your homework. Many are scams but there are also many that are not. IMO, one of the best entities to give money to is a [B]local[/B] church. They seem to be held accountable for the most part and much of what they do with the money is local. Many churches here do trips abroad where they take aid directly to the people that need it.

I used to donate items to the Salvation Army thrift store here.
Till they refused a fairly nice kitchen table & chair set .
The reason was some little pin size holes left by cat claws in two of the chair seats.
What do they expect . Someone buying new furniture & taking it directly to them ?
When I called later to complain to the “Captain” (manager) he also had an attitude.

Goodwill took them with a Thank You for donating & an offer of a reciept for taxes.
I didn’t bother with the reciept but appreciated the offer & attitude.
I haven’t taken one thing to the Salvation Army since.

Unless I missed it, there’s no evidence that those charities collected that amount of money and failed to give it, or that it got misdirected somewhere . Just that they’re drastically overestimating the value of goods they’re donating.

[QUOTE=Mr.Bill;2718955]One of the charities I give to is St. Jude Children Research Hospital. For children with cancer. And to my understanding no family ever receives a bill. If I am wrong than someone can correct me.

I forgot about St. Jude children hospital I would give to them also.

I have never understood why a charitiy cannot be enforced to have a completely open transparant bookkeeping in trade for tax evasion… err i mean not paying taxes.