comes with a 1000 page toner cartridge

A few days ago Newegg sent me a newsletter which has a promo code(EMC802PRIN99) for $10.00 off this printer.
link to the NewEgg Newsletter bottom of page.

Caution on the rebate. Four months ago I purchased a 1022 HP printer from the Egg and submitted the HP rebate that I got directly from HP website.

My rebate was declined. I was informed if not listed as an HP partner on the link below, rebated will be declined.
http://hp.via.infonow.net/locator/us_partner/

yeah seems to be a lot of confusion for this rebate whether newegg qualifies or not. Some say it does some say it don’t.

From the rebate form - Only purchases made by an end-user customer or a commercial business from an authorized HP reseller in the United States and its territories are valid.

Looks like the rebate should fly to me. Anybody know for sure??

Hmmmmmm some very tricky wording in the HP rebate form and at newegg.com for this printer sale. Newegg has it listed as [B]"HP LaserJet 1018 CB419A Up to 12 ppm Laser Personal Monochrome Printer - Retail “Back to school special, limited time offer” [/B]and on the rebate form it also has
[B]“This offer may not be combined with any other national HP or reseller offers”[/B].

I called HP and was told this price at newegg does not qualify. A tricky situation here “Buyer Beware”, seems like dealing off the bottom of the deck to me. :a Only paying the full retail price qualifies for the rebate from HP was what I was told when I called HP :a :a

Caution on the rebate. Four months ago I purchased a 1022 HP printer from the Egg and submitted the HP rebate that I got directly from HP website.

My rebate was declined. I was informed if not listed as an HP partner on the link below, rebated will be declined.

Did you contact Newegg Customer Service? If they claimed the rebate would be valid and it was declined, Newegg may credit the rebate amount to your CC. They’ve done that for me in the past.

Just had a chat @newegg

Chat InformationPlease wait while we connect you to a Newegg representative.
Chat InformationThank you for contacting Newegg. My name is Scott. How may I assist you today?
John: I have a question about the HP LAserjet 1018 printer on sale?
Scott: Good morning, go ahead.
John: It is listed as a special back to school offer. Does this qualify for the rebate from HP?
Scott: Only if you see the rebate posted under the item price.
John: Ah trickky wording in the rebate form at HP I was wondering wehy it was not listed on the site. Would be cheaper at the egg if full retail price then I guess

[B]A long pause and no reply then I typed [/B]
John: I had one ordered and canceled it. Cheaper to buy at full retail some place else and get the $65 rebate from HP

Scott: If we do not have the rebate form posted on our web under the item price, we are not participating in the mail in rebate HP is offering.
John: Thanks!

It is cheaper to buy at full retail in a B&M store then go for the rebate :a

Thanks for the info JM

With neweggs price and if the HP rebate applied I was gonna buy it for a spare (and who wouldn’t). My HP Laserjet4M+ is getting real old but still taking a licking and keeps on ticking. For the full retail price minus the rebate I’ll give the old workhorse a tuneup when/if needed.

rolling like ya said anybody buying it anywhere should check if the rebate applies first, I didn’t, but got it canceled @newegg before it shipped [B]Thanks Exec!!![/B] Damn rebate wording :D. I wondered why the rebate was not listed at the egg.

Call the 888 number i posted to be sure people.

For [B]this[/B] $65 rebate on this printer, both newegg themselves and HP when I called them told me that newegg is not qualified for the $65 rebate. That is why the rebate is not listed at newegg

newegg dropped the price from $129.99 to $79.99 as a [B]special back to school offer [/B]and does not qualify. And HP’s rebate form states not to be combined with any other offer.

Again buyer beware, look out for smoke and mirrors

Costco has this printer for $99.00 which is their regular price according to some one at the front end and they are participating in the $65.00 rebate.

I called HP logistics, NewEgg, does not receive any shipments of HP products directly as they are NOT in a direct partnership with HP. Rebate processing has been informed to decline all rebates from NewEgg currently active, but admitted one might slip pass by due to the lack of attention and repetitiveness process.

For John,
HP Laserjet 4M+ is a great work horse. I’ve seen example hit over 500,000 pages with very little up keep. Canon had a lot of parts for the SX25 and SX30 Laser printers, power supply, fusion roller, main boards for sale, cheap, interchangeable with the LaserJet printers. The Apple Laserwriter II -III and Laser Jet 4 series uses the same Canon print engine. The longevity of these printer is something you rarely see these days when it comes to printers. My local printer repair shop buys a lot of the Apple laserwriters for parts to service the Laserjets. A few years ago Apple no longer supported serial connections on G4 and G5 systems, thus forcing new printer purchase. Only the network version of the Laserwriter were supported but only to OSX 10.39 after that you gimp it along with other printer utilities that just made printing very slow. If you find a Apple laserwriter II or III series for sale cheap with low page count, buy it for parts for your Laserjet printer. Another favorite with the same foot print as the Laserjets, the Xerox Paser 3450 monochrome laser printer as it just as robust. Replacements parts are expensive and so is the toner cartridges for them currently. After five years in production, Xerox just retired it.

@Exec - yeah the 4M+ is great , Gotta make sure where you put it is where you want it, it ways a ton even with only 1 paper tray

I can’t even remember how long I have it:D

I guess newegg and HP can pick what rebates are allowed to be participated in.

Here is an HP Laserjet with an HP rebate posted at the egg that is not a newegg back to school special. Same wording in the rebate form as the other, not to be combined with any other offer. Crazy stuff 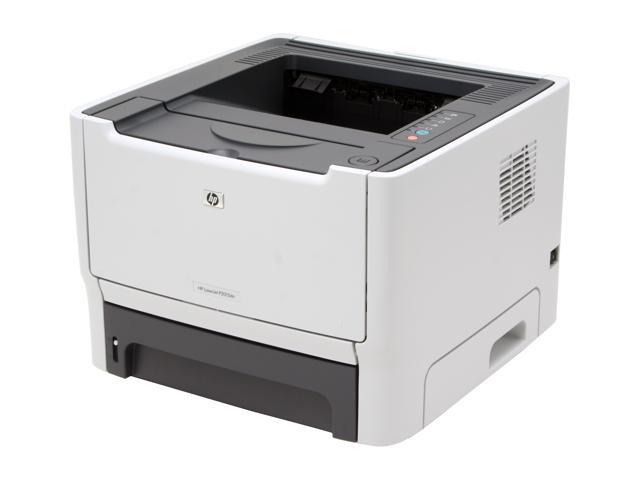 …I called HP logistics, NewEgg, does not receive any shipments of HP products directly as they are NOT in a direct partnership with HP. Rebate processing has been informed to decline all rebates from NewEgg currently active, but admitted one might slip pass by due to the lack of attention and repetitiveness process.
–.

Well the confusion and bitterness still goes on with this rebate all over the net. I emailed HP and got a response that newegg is an authorized reseller and qualifies for this rebate.

I’ve seen it posted where people submitted it and were declined the $65 rebate. One person at slickdeals that was declined the rebate notified the Attorney General and BBB in their state about it.

Amazon comes up as a H.P partner and has the printer at similar price and one of the few places that I shop, sans tax.

I could not find any proof to make a case with the rebate processing center that Newegg is an HP partner. My rebate was declined because I did not purchase it from an HP partner. I am not sure if that is different from being a reseller Authorized to sell HP products.

I’ll see what happens this time.

I just now seen an email I received to answer to the email I sent back for clarification on the $65 rebate from HP for this printer from newegg. This is the 2nd HP rep that told me it qualifies. In chat I was told it did not.

Thank you for your continuing interest in Hewlett-Packard.

Again, Rebates are offered on products that are purchased directly
through HP or through an authorized HP reseller. Since newegg.com is
an
authorized HP reseller, the HP LaserJet 1018 Printer purchased through
them will qualify for the rebate. For more information about the
rebate, log on at the web site link provided below, and click on “Save
$65 with mail-in rebate”:

Looks like newegg and HP came to their senses for this deal. There is now a $64.50 rebate from HP and the rebate form is linked/listed on newegg so now a greater deal for this printer

MY rebate is in the approved descriptor and I purchased it through new egg.