How to mount Plexiglas to a tv?

First off, I know its a little getto, and a little messy (more messy as I have been changing a lot of things around lately including the new tv). Feel free and laugh (it is a little funny), but I don’t want to replace a 200$ entertainment center (anything I have found that will hold a 40" tv and all the computer stuff cost several hundred dollars and I’m broke after buying the tv, not to mention I’m just cheap).

So The Plexiglas is to keep the kids from breaking the screen on my new sony tv. It would seem that it is necessary as the plexi took a couple of good smacks within a few minutes of the tv getting put up. I have seen the old tv (tube tv), take quite a few hits too (2 and 3 year old children). I’m quite amazed it didn’t get broken.

So of course, the straps and green foam are temporary as I had to get it on right away to protect the tv. The Plexiglas is almost as tall as the tv (If I align it with the top edge of the tv, there is just enough space at the bottom so that it doesn’t cover the speakers. I had originally planned on using a taller piece of Plexiglas so I could mount it on the vertical supports of the entertainment center. The next largest standard size piece of Plexiglas is twice as tall though, and a lot more expensive. I suspect that it will get scratched up and need replacing after a while , so it would be too much money to go to that big of a sheet.
The Plexiglas hangs off the sides by about 4" on each side. I could cut that off or use it for mounting. The problem is, there is only one mounting point on the right hand side, and it is a movable shelf (the left hand side has 2, a movable shelf and a permanent shelf).

So I guess my only choices are attach it to the tv somehow or fashion some sort of brackets that wrap around the tv to attach it to the entertainment center. I actually just now though of making some metal brackets that attach to the entertainment center and wrap around the tv (I didn’t have any ideas when I first started the post), but I’m wide open to other suggestions. Surly I’m not the only person that has wanted to put plexiglas on a tv to protect it from kids?

Anyone got any good ideas? Even a suggestion on on what type of prefabricated bracket might work would help…

I don’t know if this would work but what do you think of using Velcro.
.Glue the Velcro strips to the plexiglass & the TV or E center Frame.
Hot glue might work for the Velcro & it is fairly easy to remove if you need too.
Also a well made hickory paddle might be a partial solution.

The hickory paddle might work for the older one (though he listens most of the time), but the younger one is in his terrible two’s and has my defiant personality. Punishment is a good reason to act up more and be as defiant as possible (I’m sure he will grow out of it, the older one went through this phase too).

I really didn’t want to get adhesive all over the tv but if that winds up being my best bet, then I may use double sided foam tape (I think I saw some that was black at harbor freight tools). One problem is, anything with glue might be hard to get off if I need to return it (I just bought it so I still have 90 days to return if there are any problems). Maybe I could find something that holds strong but is designed to be removable. There is that 3m command adhesive but it cost a fortune (for that much anyway) and I think it only comes in white.

It says each of these holds 2 lbs. 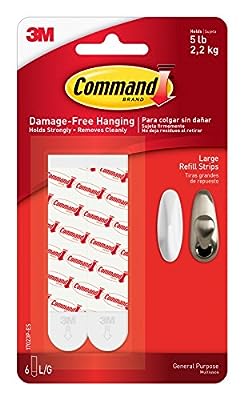 You can get the Velcro in black & I think some of it has glue already on it but a two sides tape might be the best to hold the Velcro.
The Velcro would make the plexiglass easy to remove if you needed to get to the TV .If you use full legnth strips it would take some effort for you kids to pull the plexiglass loose.
You might use this to hold the Velcro or by itself It comes in Black:
http://solutions.3m.com/wps/portal/3M/en_US/VHB/Tapes/

I couldn’t find a weight on plexiglas, but polycarbonate (which I would think would be similar) is about 5 lbs. for that size sheet. I’m guessing this one might be a bit more but its still not that heavy (its only .093" thick).

The kids pulling it off is a concern with anything glued on. Thanks for the suggestions. If I cannot find a bracket that will work, I’ll do something like that. If possible I’m going to try and find a tape or adhesive that is removable though.

I would drill three holes in the tv set. One on each side and one on top. Put matching holes in the plexiglass Use three cheap L brackets to mount it. I mounted my center channel speaker in top of my old CRT tv this way. Wood screws do the trick. You only need to go 1/4" into the tv and there is a lot of space on the sides to work with. Or you could do what I did. I pout mine above the entertainment center. That is by far a more comfortable viewing angle and it is safe from all harm. That way my center channel speaker is above the CRT and below the Plasma. That gives proper sound from both sources.