Hi Everyone! Newbie here with a couple questions

Hi guys!! I found this forum about 2 days ago and I was hoping the dvd r/rw gods could help me. I currently have a Sony DW-D22 A dvd burner and a Sony DVD 1613/B2 DvD player. Both are OEM models I picked up from Newegg. Well I was having problems with my burner recognizing different kinds of media and constantly making coasters using Roxio 7.5 media center so I looked around and read about the Lite-on rebadge and what not. Well to make a long story short I first tried upgrading the firmware to BSY3 with no help and then tried the cross-flash rebadge technique and now it’s just dead d**k in the water. I also tried updating the firmware on the DvD player and it looks fried to. I’m not completely computer illiterate and felt comfortable in doing this. So my I want to purchase a new burner and player and wanted to know what you guys would recommend. I was looking at these 2 from newegg and they both were recieving decent reviews and were nicely priced and I want to go retail at least on my burner so I can recieve tech support and would have a warranty if I needed it.
http://www.newegg.com/Product/CustRatingReview.asp?Item=N82E16827106988 or http://www.newegg.com/Product/CustRatingReview.asp?Item=N82E16827140008 and any info on a decent DvD player would be appreciated.

The Liteon I think is a fair choice but not the HP one. You pay through the nose for HP & Sony badged products when for DVD burners at least they are rebadged from another manufacturer.

I’m sure other here will add some further options.

I would recomend a benq 1640 or an nec 3540/3550. Liteon burners are ok and have some advantages, but if it’s the only burner in a system, the benq or nec would be much beter.

Also, you can often recover liteon drives from a bad firmware flash.
http://club.cdfreaks.com/showthread.php?t=109986#ts-misflash

Is it a bad idea to run dual DvD burner’s? The 2 mentioned (benq 1640 or an nec 3540/3550) are not to badly priced so I am considering buying both or should I do 1 burner and 1 player and if so which one is the better one. I have read alot of good remarks on the Benq 1640 and I am leanimg that direction, but I figured it wouldn’t be a bad idea to have 2 burners since the price is only aboout $20 over that of a player.

Also which do you recommend: Nero Ultra 7 or Roxio 7.5?

You can run as many burners as you have ide channels for. On occation you might have two burners that might not get along on the same channel but the majority of the time it works. The most that I have had in one system personally is 3 and I have a system that always has 2. Considering a dvd-rom into the equation, its still a matter of strong and weak points. Obviously the big weak point of a dvd-rom is it can’t burn. A rom like this one 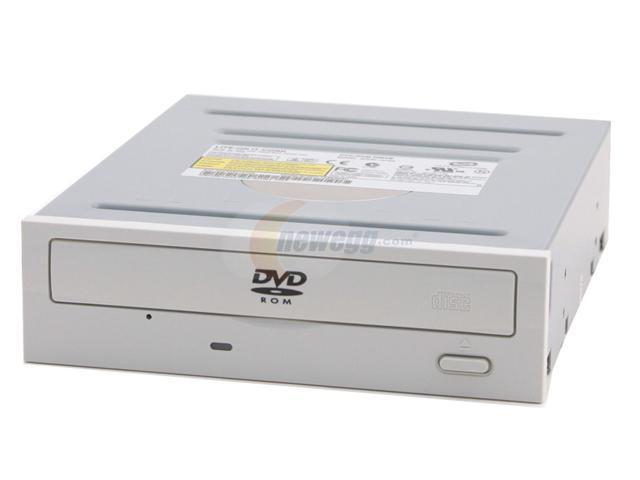 
with modified firmware can read much faster than most burners. My nec 3500 is by far my best burner (I love it) but it is kind of weak when it comes to reading hard to read/scratched disks. The benq 1620 (and I would assume the benq 1640) with modified firmware can read very fast (almost as fast as the liteon dvd-rom I linked to) though I do not know how strong of a reader it is (with hard to read disks). My liteon dvd-rom (same as the one linked above) is defanatlly my fastest reader and a stronger reader then two of my burners. My liteon burner is my best burner with very select media (the nec will burn anything decent though). My aopen burner is a terible burner and decent for read speeds but not near as fast as the liteon dvd rom, but it is by far my strongest reader.

Hopefully that wasn’t too confusing. The advantages of a good dvd-rom like the liteon 16p9s is fast read speed and good read ability which various burners may or may not be able to do. I know some if not all of the benq’s are almost as fast (with modified firmware on both). Its still kind of a trade off of features (and of course the dvd rom is 20$ compared to 40$ for a burner. I think I would be tempted to get the nec and the benq, or second choice would be an nec and a liteon rom, third choice would be a benq and a liteon rom (just my personal prefrences there).

Is it a bad idea to run dual DvD burner’s? The 2 mentioned (benq 1640 or an nec 3540/3550) are not to badly priced so I am considering buying both or should I do 1 burner and 1 player and if so which one is the better one. I have read alot of good remarks on the Benq 1640 and I am leanimg that direction, but I figured it wouldn’t be a bad idea to have 2 burners since the price is only aboout $20 over that of a player.

Also which do you recommend: Nero Ultra 7 or Roxio 7.5?

I prefer to do music CDs (Audio & MP3) with Roxio & DVD burning with Nero although there’s not much to choose betweenr them.

If you were to buy just one then I guess Nero is the slightly better choice.

I think I have decided to go with the NEC 3550 and the Lite-On 1693. What do you guys think ? The Benq 1640 looks good but is a pain to track down other then EBay. I am partial to Newegg so that’s why I decided on these.

Thanx for all of your help and responses.

I’ll let others more farmiliar with the newer models of liteons say if that is the best liteon model to get, but in general, I would say that would work just fine. With the nec too, I’m not farmiliar with that model but the trend has been the last few nec’s have been very good burners (maybe someone more farmiliar can give an opinion). My guess is the nec is going to be the stronger burner and will do beter than the liteon with several diffrent medias. The liteon will probably be a beter reader, a beter scanner, and might do beter with a few medias (increasing your overall media compatibility). They have diffrent strong points so they should compliment each other well. Do be aware, with that combination, you do not have a fast ripper (reader). It will just mean that you could go a little faster with some operations but not a big deal. You could always get a fast dvd-rom later for about 20$

Fyi nero is the beter program but as others have said, nero 6 is beter than nero 7, probably just because nero 7 is brand new and they havent worked out the bugs yet. The same happened with nero 6 when it was new.