I just posted the article Google seeks US ban on Apple imports.

Bet the iFans won’t like this. They were quite happy when Apple was trying to do this to Samsung and HTC but now the boot is on the other foot they won’t be…

I gotta love this. Really.

I start to get tired of these patent suit.

SubZ, “getting tired”, yes yes yes. It’s worse than the karkrashians littering headlines on any website. Oh please, just make it stop - take it all away from them and put it in public domain. That’s what the next Court pronouncement should be. “Either learn to play and share, or the ball, bat and glove go away-!”

Here in WA we’ve already taken care of it… 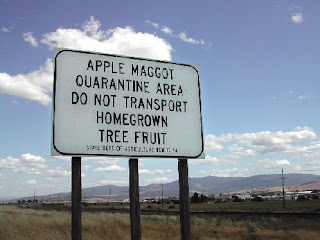 I think Apple needs to be taken down by about 50 pegs. I honestly think I wouldn’t hate them so much if they didn’t charge such obscene prices for their products. I like Bill Gates no more than Steve Jobs, but at least Bill is trying to help humanity with his charitable work. What did Jobs ever do, besides create a cult of mindless zombies?

Apple started worldwide lawsuits so that now Taiwanese and South Korean firms have just began learning to copy how Apple sues. Samsung Electronics is heavily dependent on Google in its defense right now.

But I still like Apple’s iBooks contents - the eBooks - and Retina screens on the 3rd-gen iPad and soon-to-be-released 13.3-inch MacBook Pro. Such things are available from Apple only.

Google seem to be as bad as Apple and Microsoft now with Motorola purchase complete. They just sued again.

I think identify essential patents and regulate licensing rates so they are the same for everybody who license each.

Non necessary case by case perhaps, but not certain.

I do not think much of being able to patent “concept”. Idea of wireless communication should not be patentable. Specific implementation is ok to patent. If it is essential it should be regulated.

Like idea of a car lock - not patent. Specific types of car lock - patentable.

The bad apple in the patent basket is Apple, not Google.

They are the ones who avowed, via their deceased leader, to “go thermonuclear” in a patent war against Android.

As a result, we saw a ton of lawsuits brought up by Apple against Android or Android handset manufacturers.

Google produces Android and, the purchase of Motorola was, basically, to use it as a defense mechanism against Apple or others who try to thwart Android via litigation.

The idea is simple: if Apple sues, then Google/Motorola will give them a taste of their own medicine. Google is/was not interested and suing and didn’t start this “sue happy party”. Apple did. Now they need to deal with the consequences.

Maybe, in the end, Apple will rethink their retarded ways and will call a truce, which, I’m sure, Google will be more than happy to agree to.

I do not agree. I find both at fault. I don’t like Apple haters, also not Google haters.

Too many one sided stubborn people do not read both sides. They just don’t like either Apple or Google and blame them no matter the facts. I don’t respect that way of thinking.

I do agree with almost all who do not like Microsoft. They are terrible for being bully and not listening to customer wishes. Monopolies are not good to have. Customers need options to force competition.

[QUOTE=SubZero;2651076]I do not agree. I find both at fault. I don’t like Apple haters, also not Google haters.

Too many one sided stubborn people do not read both sides. They just don’t like either Apple or Google and blame them no matter the facts. I don’t respect that way of thinking.

I do agree with almost all who do not like Microsoft. They are terrible for being bully and not listening to customer wishes. Monopolies are not good to have. Customers need options to force competition.[/QUOTE]

So you are implying

What do you think would have happened if it were Apple to win the first GUI OS race in the early 1980s instead of Microsoft and IBM? A more liberated and benign world where consumers are respected by all employees and shareholders at every critical business decision-making moment and prices are kept low so that a typical African family with US$80 annual household income can buy Super Macs with UltraBolt 27-inch IPS screens?

I’ve always thought Apple was the only monopoly and, when Steve Jobs came back into the fold and denounced then closed down the PowerMac - PowerPC businesses (thus chopping off Motorola and IBM’s CPU biz), Apple proved that monopoly all over again.

I’ve never understood how Microsoft was considered a monopoly just because they included a browser into an OS. They never prevented anyone installing any other browsers. MS Office’s dominance had more to do with Lotus-Novell’s gutting of WordPerfect and then Lotus 123. Their failings were often blamed on Microsoft’s hidden “hooks” to Windows but, honestly, no one can consider Office 95 or 98 or 2000 to be “magical” because of their ‘hooks’ into the OS.

No one but the Euro courts, that is. I guess that’s all that counted, but can anyone argue that “Linux or BeOS was immediately more useful once the Microsoft monopoly ended by stripping IE 6 out”?