Flash memory ever to replace HDD?

To quote him verbatim:

which is in English:

In 2 to 3 years, mobile storage media like CD and HDD will gradually disappear and flash will dominate the Information Era.

So their first target market I think is the optical storage media like CD, DVD, Blu-ray, HD-DVD, MD, etc since flash memory yet is too slow to compete with HDD. The Chosun Ilbo article actually mentions 32GB flash memory based on 16 * 16 gigabit chips which is much smaller than a BD-R(W) disk (about a square inch compared to nearly 5-inch in diameter) but can store 3 hours of 1080p MPEG-2 HD movie.

If prices will become enough low, then I agree to use flash memories instead of HD (or also DVD or Blu-ray or other supports).

But this is only my opinion.

Is flash memory the beginning of the end of the hard drive?

Will the future see laptops and possibly even desktop computers sporting flash memory as opposed to hard drives? Samsung, the clear leader in flash memory technology, is certainly dropping hints.

Dr. Chang-Gyu Hwang, president and CEO of Samsung Electronics’ Semiconductor Business, says that the storage industry is rushing headlong into flash solutions, and that trend isn’t going to change. “The future of NAND is setting the stage for an irreversible shift in the design of digital end products as NAND becomes the key storage medium for data in virtually any portable form,” he said. “NAND flash will eventually replace other storage mediums, especially those used in mobile products, creating a “Flash Rush,” as NAND continues to register an unprecedented surge in demand as the backbone of the mobile electronics era.”

Hwang’s comments come alongside the announcement of a 16 Gigabit (2GB) flash NAND chip that could be used to create flash memory cards with as much as 32GB of storage. That would make for one sweet iPod nano, if that’s your kink.

Despite these impressive advancements in flash technology, I wouldn’t expect to see flash taking up residence outside of the gadget markets any time soon, aside from a few niche implementations in the subnotebook arena. While 32GB is technically enough to support a laptop, it’s a paltry amount of storage compared to what the hard drive manufacturers are putting out. You could rig up a clustered solutionn, but efforts so far have proven expensive.

Then, there’s the rate of progress. Hwang himself has said that storage density is doubling every 12 monthsâ€”quite an impressive rate. However, this also puts an announcement of a 128GB solution sometime in 2007, but with the time between design and mass production roughly 12 months, we wouldn’t see them in 2008, at the earliest. The 32GB cards aren’t expected until next year, so don’t feel so bad if you’ve recently bought flash storage.

Solid-state storage such as flash is mighty attractive, but for the next few years, the rate of progress won’t be enough to really push out a feasible solution. In the meantime we can dream about what it would be like to have an instant-on storage solution with practically no seek time. Geek pr0n…

Right now, the only foray that I see is that drive makers are thinking about making hybrid drives where flash memory is used as a sort of a massive non-volatile buffer (meaning that it can safely accept lots of information before bothering to write it to the HDD because there’s no risk of losing it on power-down) to reduce the amount of times that a HDD will have to use its mechanical parts, cutting power consumption.

But there are issues with this, like the relatively slow speed of most flash memory.

I doubt that flash memory will be taking over any time soon. For speciality products like iPods, maybe, but not for general use.

We’ll be seeing hybrid drives first, flash memory is crap for sustained read compared to HDDs but they are much better at burst transmission (aren’t they?). I’d be very suprised if some form of hybrid drive didn’t get marketed at some point, probably be quite useful for some apps.

Oh, and Flash memory will be taking a substantial share in the market soon enough, ipod and alternatives will force the price down, HTPCs will want them for the small size, same will go for laptops, the lack of noise will interest silent computing geeks and audio proffesionals. The military will love them for the added shock resistance. The market for them is substantial.

I love futuristic predictions that need to be predicated by “if we all have millions of dollars and nothing better to spend them on, then…”

But this thread is NVRAM vs. HDD, not DVD

Flash memory tends to have a weakness in transfer rate, and is rated for a certain number of write cycles, not sure if the magnetic material of a HDD also has any particular write cycle issues.

Unless power saving was critical, I’d sggest buffering the flash memory with RAM, rather than bufferring the hard drive with flash.

The one thing that does looh certain, improvements in flash will make microdrive and ultra small HDD of lower capacity obsolete, in the applications where their mechanical fragility is an issue that has to be dealt with.

PS. Anyone remember the old “Konan tentime” - it was a disk controller of a good many years ago, which included a battery backed writeback buffer - in the event of power failure, the data was retained and written on the next power up.

Mr Hwang should stop snorting drugs. Hard Drives are about to introduce perpendicular recording, this will result in densities between 3 and 5 times what we currently have with just minor changes in the head designs and platter coatings used. Since densities will increase on existing size platters, latencies will also be reduced. Flash couldn’t begin to catch up on density (we’ll ignore costs where it will NEVER be competitive) given a decade.

i’m surprised nobody has mentioned the failure rate of flash, which is pretty high… hard drives usu. last 3 or more years, but flash (at the same usage level) might last a few months if you’re lucky

i’m surprised nobody has mentioned the failure rate of flash, which is pretty high… hard drives usu. last 3 or more years, but flash (at the same usage level) might last a few months if you’re lucky

Yep. My thumb drive gets pretty heavy use, and I’ve already gone through one.

Until then, I’ll stick to HDD’s. 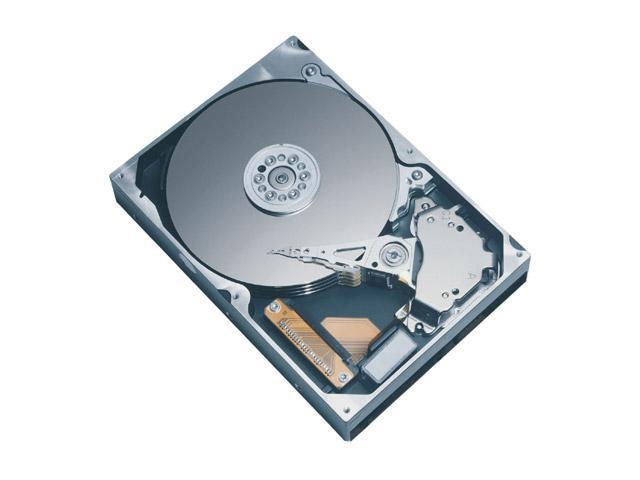 Mr Hwang should stop snorting drugs. Hard Drives are about to introduce perpendicular recording, this will result in densities between 3 and 5 times what we currently have with just minor changes in the head designs and platter coatings used. Since densities will increase on existing size platters, latencies will also be reduced. Flash couldn’t begin to catch up on density (we’ll ignore costs where it will NEVER be competitive) given a decade.

Maybe you don’t know he also heads his own perpendicular HDD development. Such guys don’t invest billions on technologies that cannot compete.

for resilience and durability flash is the way to go…look at the military applications - flash is used whenever possible.
how can you compare memory that has non-moving parts and a component that still has a “needle” balancing and running around…

The most interesting applications for flash memory today is in mobile devices that rely on battery power and don’t need fast transferrate, for example phones and digital audioplayers.

Flash memory uses much less power than hdd’s and as stated before is much more resistant to shock. If flash technology keeps advancing, I predict the first casuality will be the 1" drives in devices like the now discontinued ipod micro. Many of the planned hdd equipped phones will probably never be made either.

The larger drives, like the 1.8" drives will still be a long way off (toshiba has anounced 80Gb models). The next big market for flash makers will probably be the “ultra portable” notebooks, for low power usage, small size and shock resistance. That is when transferrates are up a bit.
Who really needs more than say 32 or 64 Gb in a notebook anyway?

As for the flash versus dvd thing, it all comes down to price, someone’s gotta pay

Who really needs more than say 32 or 64 Gb in a notebook anyway?

Tell that to Billy Gates. A couple years ago, they said “who needs more than 5-10GB in a notebook”, and right now a fresh install of Windows XP, Office 2003, and a few apps will easily overflow those small drives. The size of things keeps going up.

Tell that to Billy Gates. A couple years ago, they said “who needs more than 5-10GB in a notebook”, and right now a fresh install of Windows XP, Office 2003, and a few apps will easily overflow those small drives. The size of things keeps going up.

True, but I meant today. Most notebooks available today don’t have drives larger than 80 Gb, this will shurely increase but people who wants more space are ofthen the ones with dtr notebooks and not the ultra light, ultra portable ones. 32 Gb will probably be enough for vista/office 200X/a couple more apps and your docs.

A few days after my last post here, Samsung announced something very big. Samsung’s building a chip city in an area of about 1 million Pyoung (or a little over 3 million sq. meters) where they’ll invest 34 billion USDs (if 1,000 KRW = 1 USD) beginning now by around 2010. 64 Gigabit flash chip was also mentioned there. Not that many companies invest that much at once in a single memory production project. The new semiconductor city is located about 50km south of Seoul.

Not very related, but… I attended an Intel-related seminar in Seoul yesterday. Some motherboards from DFI, AOpen, and some barebones from Intel, Shuttle, and SFF (small form factor) HDDs, ODDs, etc. were displayed. Some amateur users displayed their own computers made of Pentium M processors and other SFF components, smaller than most notebooks. “Yonah on DeskTop” must be coming close. Including Intel, most companies refused or hesitated to present their products to the public, but there were enough hints I felt.

If flash technology keeps advancing, I predict the first casuality will be the 1" drives in devices like the now discontinued ipod micro.

Hm. That already happened. 4GB flash replaced HDDs used in some Ipod players. Because the cost was nearly the same while flash is smaller, lighter, and uses less power.