eBay is not the only place where fake USB flash drives are available. Some are starting to appear on Amazon, particularly with large capacity values such as 256GB with a price for what appears like a bargain.

I bought my Lexar 128GB P-10 on Amazon and it was totally legit. So maybe this is limited to third party sellers on Amazon. I only use Amazon, when its Sold by Amazon not fulfilled by Amazon.

I’ve never bought a flash drive form Amazon.
I’ve purchased many items from Amazon over the years & so far maybe one item wasn’t as represented.
Even from third party sellers.
That one item was a VHS tape of a movie .
Supposed to be an original .
I’m reasonably certain it’s a copy.
I still don’t think there is a commercial Region 1 DVD for this movie.
There certainly wasn’t 5 or 6 years ago when I purchased the VHS tape.
I’ve made a DVD copy that looks as good as the VHS tape.
To add to this I can get a UK DVD under a different title .
Region 2 & PAL . If that one is actually legit & not a copy of the VHS tape.
The US title is “A Boy Ten Feet Tall”.
The UK title is “Sammy Going South”.
Good old movie if you ever get a chance to watch it.

BTW, for those who either aren’t using Windows, or don’t want to use non-free software, there’s a similar product called [B]Fight Flash Fraud[/B], also known by the acronym [B]F3[/B]. You can get it HERE. This program works with Windows (through Cygwin), Mac OS, and GNU/Linux.

BTW, this program is protected by the GNU GPL 3.

I buy neither a data not lexar due to repeated trouble experiences with both of them.

A 256GB flash drive that is 1/4 the price of everything else?
Something has to click that it’s not right …

I got a Team 64gb MicroSdxc card for my tablet… the card checked out on capacity… but lately, I keep seeing the tablet randomly rebooting. Most people in the Asus forums try to tie it to something else. I suspect it’s the incompatability with 64gb oversize cards. With my old 16gb card, my tablet almost NEVER used to reboot. Probably for this reason I will likley not get an Asus tablet again… probably wait & see what’s reliable first.

I think there also might be a gray market where the capacity checks out, but it is a “passable” COUNTERFEIT product! These could end up at reputable sellers such as newegg too. These are harder to diagnose/spot unless you take the time to really analyze what’s going on and can pin down that it is indeed a fake. I dunno, I have a lifetime warranty, so not really worried. Most reputable sellers go out of their way to fix problems and many even cover return shipping. This adds higher cost at the reseller level too, making it a longer cycle for flash cards to come down in price. Reputable dealers have an interest in taking care of the customer, while fly-by-nights do not. Amazon is not as good in policing unreputable dealers as ebay-- possibly to the point of it being like buying from China on ebay (which was recently reformed).

The card will accept the next 512 bytes and run it as code. You don’t need autorun or any other thing. 512 bytes can be enough to run a virus by itself.

This is an epidemic that has plagued Amazon for some time now.Â As this article saysï»¿, most of the stuff is from China - HDMI cables, iPhone cases, hard drives, etc.Â

It’s unsettling that you have to be careful what you order from one of the largest sellers of goods in the world, but here we are.

Use that tool to avoid FAKED crap hardware. 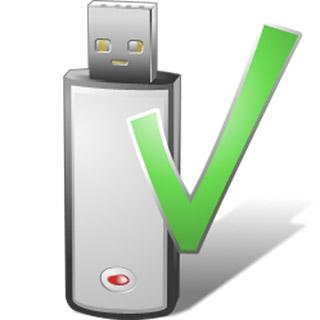 There is a lot of counterfeit dealers of USB flash drives at EBAY. Mostly from (especially) China and Hong Kong. But there is only some really good and trustful dealers especially from Hong Kong. They always send genuine flash drives and always as registred mail with tracking number.

It’s still going on and is worse on eBAY. Today (3-12-15) I managed to get a customer rep at eBAY, who acted as though just hearing about the shocking fact that 95% of the high-capacity (> 128 GB) thumb drives on eBAY are fake. This is bleeding edge tech, so it’s not like 20 yo camera lens somebody found in the attic, and so can be real eBAY deal. There are no real deals on eBAY for this. Google a reputable seller like www.newegg.com.

There are two examples of 2 TB (2000 GB) thumb drives being auctioned on eBAY today! The problem is nobody on earth makes one that large. Kingston makes a 1 TB but it’s large and bulky and $1000. You can get a fairly bulky real 512 GB from Kingston or Corsair, but the minimum price is $350. Everything below these prices for both thumb / flash drive capacities, are counterfeit. In the case of the “1 TB” and “2 TB” HP metal pen thumb-drives (with the hasp-like thing), these are actually 32 GB pen-drives repackaged in fake or altered packaging.

HP doesn’t have their name on a drive larger than 128 GB at this time.

Here’s a rather horrifying article about the many software scams that go along with the fake drives to make them look at first like they really have the rated capacity: All About Fake Flash Drives 2013

So you found a great deal on a super-capacity USB flash drive or memory card – or did you?   "Only when you attempt to open the corrupt files, will you discover that your photos, videos, and documents...