Hi,
So, I’ve been using NEC 3540A to make copies of my DVD’s, mostly for kids use. I’ve used NEC for about 2 years now and befor that I had TDK unit. Pretty much ever since I started using NEC I started having some small issues, like a movie would skip few seconds here and there, or just freeze for a little bit. It used to be manageable, but lately any copy I make has an issue, and they seemed to have increased to the way of being just too annoying. I only tried using different DVD medias to see if there is any difference, but have not gotten any improvements using either TDK, or Philips, or Sony media. started looking on this forum for a replacement burner recommendations. As it stands, my kids PC had a Benq DD DW1650, and since people seem to highly recommend this drive, I put it into my system and gave it a shot. I updated firmware to BCIC. At the same time I started using Nero CDSpeed tool as that seems to be used around here. Unfortunately, I seem to still have some issues. The media I tried with Benq so far are some Sony. I still seem to be getting freezes here and there.

Are there any specific media recommendations for the Benq 1650 ? I use DVD Decrypter for writing, and RipIt4Me for ripping. Occasionally using Nero.

Thanks for any help.

Would be great if you can detail us the following:

Some older DVD player are picky and can result with skipping issues. Also try seting the burn speed to 8x in DVD Decrypter and after the burn do a Disc Quality scan with CDSpeed on your BenQ DQ1650 at 8x, plus a Transfer Rate test see how it goes. Please post both screenshots here. Thanks.

I believe zevia hit the nail regarding your stand-alone DVD player. Sounds like (with kids) it’s probably had it’s share of use. Have you tried a lens cleaner disc…or checked the Sunday ads for a new one?

Let’s keep it at zevia’s “media” level to start with.

Lens cleaners? what has that to do with zevia’s suggestion?
[I]kentb53[/I], lens cleaners will do more damage then good. Can’t even understand why in heck you’re proposing that withot knowing any details about reader(-s) used…

pinto2. If you read, zevia mentioned “Some older DVD player are picky and can result with skipping issues”. That’s why in the heck!!

Hey guys, thanks for suggestions so far.
I was using Max speed seting with DVD Decrypter. I suppose I’ll change that to 8x and see how that goes.
As far as a player, it’s a Philips DVP642, I got it when it was supposed to be one to get for media compatibility/playing abilities. I would understand possible problems with the player, but none of the original movies, nor the ones I get from Netflix have the skipping/freezing behaviour.

Now, I probably got a bit ahead of myself stating the BenQ has the same issues as NEC. I only made one DVD with it so far, started only yesterday, that I got to try and watch. So most my freezing/skiping complains still only apply to my now replaced NEC 3540A. Anyhow, I just tried making copy of Toy Story 2 and I am not even able to rip it using BenQ and ript4me/dvddecrypter. I know the original plays fine in the player however. I upgraded to BCIC firmware when I instaled this drive in my machine, I just downgraded to BCHC and will give it another shot. Will keep you posted.

Problems you’re having are typical of low quality media, and it’s likely not an issue of burner or firmware IMO. Try quality media like Verbatim or Taiyo Juden, and the problem should be fixed.

Ok, after downgrading to BCHC I was able to rip the Toy Story 2, Full DVD to the hard drive. Then, I used DVD Shrink to only make movie iso and write it with DVD Decrypter to Philips DVD. It all went fine. Then I ran Nero CDSpeed tool on the made dvd, it all seemed fine but ended with an error. Here are the attachments, does this look normal, good, bad ? I guess I’ll need to have the kids watch it and see whether there are any issues now.

Hmm, kids and me watched Toy Story 2 together just now, and no freezing or skipping this time. So, from above readings, do the numbers fall in the right ranges ? What about the error at the end of Disk Quality scan ? Or is that normal way for it to finish the scan ?

henryd31 welcome to the benq forum. philips cmc mag mo1 media is crappy. use good quality dvd media like verbatim or taiyo yuden then you won’t have the skipping and errors at the end of the disc. use imgburn instead of dvd decrypter to burn your dvd discs. both programs are made by the same author. dvd decrypter is no longer updated. imgburn has a new version out right now.

Hmm, kids and me watched Toy Story 2 together just now, and no freezing or skipping this time. So, from above readings, do the numbers fall in the right ranges ? What about the error at the end of Disk Quality scan ? Or is that normal way for it to finish the scan ?

Yep as already stated not the best media. But you got there. With the disc quality scan, apart from the very end (which is where most problems arise)it was going reasonably well. When you get a scan like that try a transfer rate test (under benchmarks) If the line is a smooth one then it should play OK. With your drive you can bitset so players are fooled into thinking it’s a DVDRom. Download QSuite along with QSuite manual(see links in my sig).

There are the unwanted PO failures starting around 4.2GB and thus the “no additional sense” error. My best guess is, like others have said, bad media (CMC MAG M01) and/or burning speed was to high. If you still want to use the media you can try burning it at 8x speed with ImgBurn.

Also you didn’t get skips probably because the main movie you’re watching is located in the first 4.2GB.

Btw, the Philips DVP642 is not a picky player so I still think it’s the media problem. The SonyD21 is a better media compared to CMCMAGM01, burn at 8x. Next time you buy media, try to get Verbatim 16x and burn at 8x or 12x.

A lot of times the no additional sense error occurs when the data size is still set at 4482MB, but the actual disc size is something less than that. In effect, it’s trying to scan the “non-burned” portion of the disc, hence the error. The fact you had no issues watching the movie would seem to sonfirm that. I always eject my burned disc and re-insert it prior to a quality scan.

As for your figures, in general, I’ve found that PIF at or below 8 do not pose any problems on any of my stand alone players. A spike in a single sector, even up to 12 or so generally doesn’t cause a problem either. Multiple adjacent sectors with PIF spikes above 8 often cause problems, and often above 12 for several sectors will cause a complete freeze, especially on picky players.

PIE can generally just be ignored, unless accompanied by the aforementioned PIF spikes. I’ve had PIE spikes of 300 or more with no noticeable issues. As for media, my 1650’s are the least picky, even with lower quality media.

Someone mentioned in another thread that the Playo DVD+R 60 Pack on sale at Staples this week with a rebate to bring it down to $6 or $7 is good for the DW1650. Someone mentioned it was CMC MAG X04 (I used an “X” because I forget if it was M or E).

I use RipIt4Me with Decrypter to make ISO’s and then use ImgBurn.
You can change the book type of a DVD+R to DVD-ROM with those progs if you don’t have Q-suite installed.

Ok guys, so it would seem the media issue here. I am making few more copies using my existing philips and sony media, just to see how they come out using cdspeed tests and having kids watch them, assuming they will be watchable. In the end, I’ll need new media, has anyone used these with their DW1650 burners ? 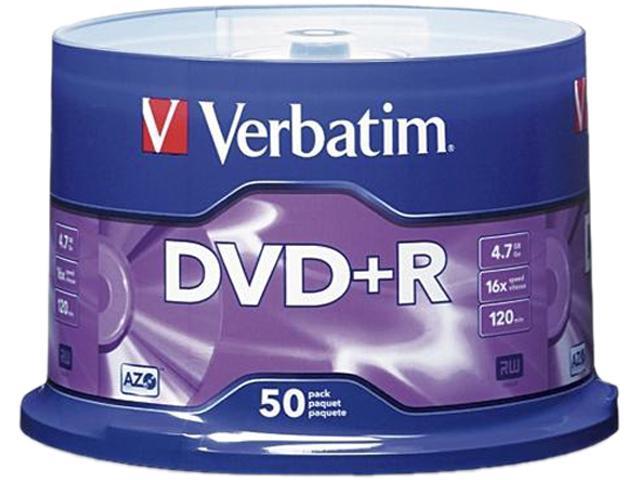 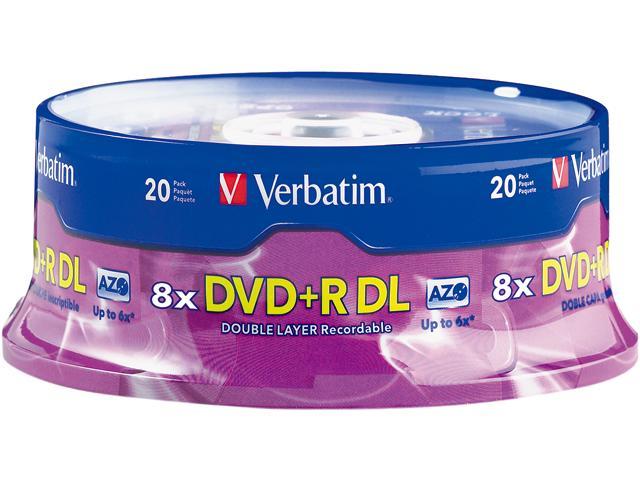 i use verbatim dvd+r media all the time. if you’re in the usa they usually have them on sale at best buy at least once a month.

i use verbatim dvd+r media all the time. if you’re in the usa they usually have them on sale at best buy at least once a month.

…and Office Max, about once a month.

I suppose I am still glad I got the DW1650 in my system in place of the NEC 3540A. At least with the media I have on hand, DW1650 seems to be doing better than the NEC. I burnt few more DVD’s by now and they seem to have better scores with CDSpeed. For comparison, here is first scores for NEC burnt DVD and second for the DW1650. Using the same media, from same batch, and this time with the use of ImgBurn as suggested by the folks here.

Anyway, thanks everyone for all suggestions and help in making me a better DVD Copier - if that’s a good thing

Ok, so I also started playing with the Qsuite 2.1
I ran the Qscan against both Sony D21 and the Philips CMC MAG M01.
Sony disc passed the test for writing up to 12x, while Philips one wouldn’t even pass the 4x writing speed. Can this disc be really that bad ? Does the Qscan represent good predictions for what any given disc is capable of ?
As far as the other options, do you guys keep the other things disabled/enabled ? By default, WOPC seems to be enabled as well as SolidBurn for unknown disks.

I got some Verbatim media, DVD+R MCC003 and ran some comparisons. Media is rated at 1-8x speed, when I used QSuite it confirmed it working properly at 8x speed. I burnt one DVD using 8x speed and another using 4x speed. The PIF errors are at around 788 at the higher speed, while they come out to 330 at 4x speed. Other than that I suppose the results are pretty good, not great though. Should I stop right here and be happy with the combination I have at hand, meaning DW1650 and Verbatim MCC 0003 media ? The results look better than what I got with this drive and Sony and Philips media. I might even try to use NEC again with this media just to make sure it wasn’t just the bad media all along…