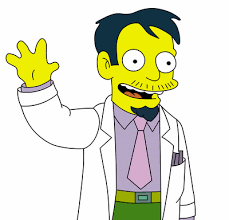 So, a friend of mine (who used to work in the sector) just gave me a bunch of relatively old drives:
-Plextor 8432Ti
-Plextor 1210TA
-Yamaha CRW-F1U

I’ll use the Yamaha for burning audio CD at 4-8x using AMQR
and one of those Plextor for backing up my big collection of old school games (PSX, Saturn, PCE…etc)

What do you thing will be the best media for me?
I’m personally undecided between That’s TY 1-32x
http://www.startlab.co.jp/thats/detail.asp?ikb=CDR80SPYSBN&md=30&yt=30&lb=pb

and those “mysterious” HHB discs…I’ve read they used to be Mitsui?
http://www.hhb.co.uk/hhb/uk/mediastore/detail.asp?ID=1462

That’s TY would be more than adequate for audio, but for PSX I definetely need a slower dye, I believe?
There are some PSX games that just won’t work unless burned at 1-2x (e.g. Policenauts)

What would you suggest?

pthalocyanine dye’s are not favoured by the PSX.

I didn’t know about this conflict between the PSX drive and pthalocyanine.

I’ll try and find some old Verbatim. They often appear on ebay and sell for little money.
Or just wait till January as I’ll be in Japan for holiday and I’ll get a couple of spindles of That’s TY (my only grip was that since they’re 32x they won’t burn best at 1x)

thanks a lot guys, very much appreciated

My 52x Taiyo Yuden CD-Rs burn fine in an ancient Ricoh 2x CD burner I have (I tried for giggles and it worked). They work on an 8x Yamaha that I have also.

More importantly, old CD-ROM drives tend to like them when they don’t like other types of media, so I stick with them now.

thanks a lot for the heads up

They must be 48x then. Sorry about that.