I have a new laptop - I was interested in the BenQ1620 and found one for $73 plus shipping in a Bytcc 340 enclosure USB 2.0. CoolerExpress says it is an OEM drive. It comes with Nero 6.3 they said.

I want to upgrade it to a Pro, IF that means I’ll have the better firmware that you folks refer to in the review, where the drive worked great all around. I haven’t been able to find the thread where someone explained the difference between the OEM and Pro.

I also spoke with Bytcc technical support guy and he said I’d have to take the drive out of the case and flash it in another computer - a desk top.

We have an older one here in the house, Pentium II 400Mhz with 400 MB RAM and a 10GB hard drive, already connected to AOL. Is that computer capable enough to flash the drive?

Do I need to do all this or is the OEM firmware the better kind now? I read a thread somewhere that OEM’s now ship with the latest firmware. But I don’t know how much stock he has sitting there. CoolerExpress says they sell a lot of these.

Can anyone give me some info on the threads and/or info I am asking about?

Also, CompUSA has a sale on of the 16x Memorex external and I read the review you folks referenced - that it works but not as well as the BenQ. But they give me technical support for a bit and if I don’t like it within 3 weeks I can take it back.

They also have the latest Sony 16x the 800 model. And its predecessor, the 710 model, had gotten a good review elsewhere.

I want reliability in burning home made videos that I use for teaching in my business, and reliablity in the drive itself for it to be long lasting. I could not find a CD Freaks review of the Sony, but my partner in L.A. has one internally and he gets it to create DVD’s at 4x that are good in the computer but hang up on the TV Player - maybe because they are burned in DVD+R instead of DVD-ROM OR DVD-.

It would be ideal if I can burn DVD’s that play on TV Set DVD Players. (I send VHS tapes, too, but many people ask for DVD’s.)

Also , can any of these drives be configured to make DVD’s that play on TV Set Players in Europe and Asia?

Does anyone have info on these drives and suggestions? I know they are both made by Lite-on.

Sorry to be so lengthy. This is actually a distillation from 2 weeks of investigation.

If you go the external route you could run into problems with speed unless you have a Prolific 3507 chipset in the external case. The Bytecc uses an Ali chipset for USB and a Oxford 911 for firewire and they will be limited to 8X-12X burns. See my sig for housings that are better for external drives. In terms of quality, there have been a lot of problems with a bad batch of BenQ 1620 that fail early and have other problems but if you get a good one they can be a very good drive. The Sony 800 is a Liteon 1693; it is also considered a good drive and would be a good choice as well.

The generic BenQ firmwares are not supported anymore, I have heard, and so you would need to crossflash to the B series firmware if you happen to get a drive that was from the older G series. It would be better to go with the newer firmware in most cases.

If you get either drive from Newegg, you could put it in the case on your own and get a better set up but in any case, the Bytecc case should work at at slower speeds. Also, your system will have no trouble flashing whichever drive you get.

Most newer 1620s have been the B firmware but if you go that route it is not too much trouble to crossflash if you get a G firmware.

Thanks especially Chas0039 - I am a little unsure of it all what you said. First, the BenQ could be bad. Second in the Bytcc it has an inferior chipset. Third I would probably have to flash it anyway - so - will I be able to do it in an external enclosure -and then I have to get one of those as well as the drive from newegg. So I “could” flash it in the external enclosure from my laptop and USB 2.0? And where do I get a flash program? Do BenQ and Sony have the programs available? It seems safer to get the Sony and have the store bak it up. If the BenQ doesn’t work it’s another $25 on top of the original cost and who knows which - the drive or the enclosure is bad?

I had read a lot of good design info on the BenQ but the logistics to get it working seems that I might run into some problems just getting it started.

Any other info? This was helpful so far.

Also Chas0039 please - looking again - at your email - flashing in my system - meaning the laptop thru the external enclosure with the lapop on USB 2.0 – the guy from Bytecc said it wouldn’t do that. And again. How do I crossflash? Never did this kind of thing before. I read on a thread it is possible to destroy the DVD recorder. Yes? Thanks,

And I don’t understand what is meant by “sig” as in see my sig for housings that are better for exernal drives.

here’s a external case with the prolific chipset from newegg.com
http://www.newegg.com/OldVersion/app/ViewProductDesc.asp?description=17-145-360&depa=0

as I suggested read the FAQ link I posted which has answers to the questions you have regarding flashing the 1620 drive or crossflashing.

Bytecc chipsets are not inferior, they just aren’t fast enough for 16X speed burning with optical DVD drives. I have seen some “Bytecc” made enclosures that had the Prolific chip and it looks like CoolerExpress is using those.

To flash to new firmware a drive should be mounted in a standard PC on an IDE cable. Your computer is too slow to run a DVD burner but it should be adequate for flashing.

My sig refers to my signature which is the blue link section at the bottom of each of my postings.

Flashing refers to re-writing the firmware burned into a EEPROM chip in the drive. Sometimes it can be flashed through a USB port and sometimes it cannot. It is a procedure you want to do with care because it can destroy the drive. Firmware is usually at the drive manufacturer’s site or through numerous links here. There are two varieties of firmware, those that are direct from the drive manufacturer and those that have been modified. Modified firmware will void your warranty.

The SOny will have no problem burning at 4X or 8X and should burn faster with the right discs. Discs will burn at the speeds set in the firmware and usually will burn at slower speeds as well. Some discs burn better at the rated speed as opposed to a slower speed.

There have been problems with a lot of BenQ 1620 drives. Given that you are new at this and that crossflashing is a reasonably complex process, I would suggest you spend the extra and get a drive specifically made for external use that comes with its own enclosure.

I would recommend this Liteon 1693. 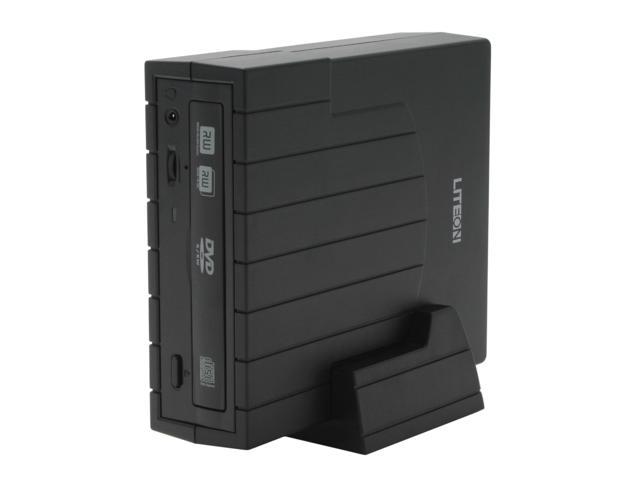 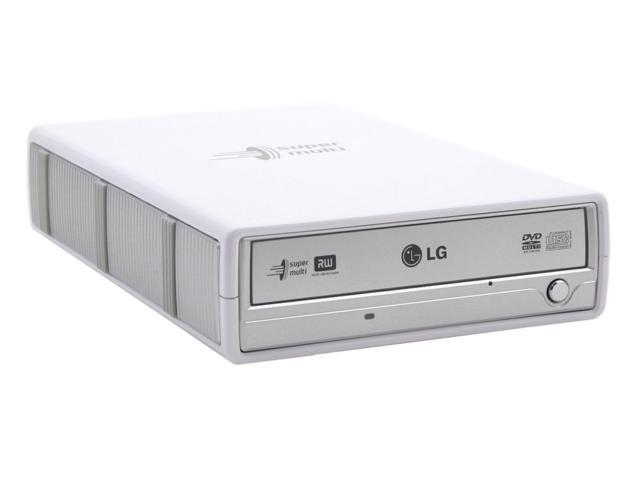 Thanks to DVD Addict - I read all info on the link and on the links from the link. Tells me a lot of info. Thanks to CHAS0039, those burners look nice. I do agree that for me to get the easiest thing to use and stay with.

My friend in California is buring for me so far - he has a new Sony Internal 16x and when using XCOPY program gets good results on TV Set players. DVDCopy causes playback stutters and stops. But all work well on Computer DVD drives. (On mine here in Florida, too.) One DVD has a problem at about 58 mins on the TV Players - hangs up. The other often creates DVD’s from another home made original that hang up at about 23 mins of an hour disk. Even those we had made outside had these problems. He is burning 16x +R onto 4x disks. Any ideas? Go to DVD-R? Go to a DVD-ROM burning for the +R’s? He has tried different bands of media suggested by the manufacturer. This is a LiteOn drive. Will I have problems with other LiteOn’s? If I buy the Sony in the store am I paying an un-necessary premium? I get to take it back within the first 3 weeks if unsatisfied. Thanks for everyone’s help. I’m computer saavy and so is my friend - but this world of DVD burning is a big thing.

Your friend has errors on the discs because he is burning 4X media at 16X. Just because you can do it doesn’t mean it is a good idea, as he has seen.

The Sony is just a Liteon so you pay for nothing and most people here use Liteon hacked firmware anyway so if you want to maintain your warranty you are restricting yourself to Sony firmware.

The Memorex is also a Liteon 1693, same as the one at Newegg.

http://www.cdfreaks.com/article/207
see the review here, but note this is an older model with an NEC 3500 and you will most likely get a Liteon in the current Memorex external drives.