Anyone getting low jitter on the 110

Wow, that’s awesome and impressively low. Here’s a burn of Ritek G05 (Maxell branded) burned at 8x that I did last night. You can see a definite jump on mine when the speed ramps up to 8x, though I must have gotten a better batch as my total PIF’s are much lower. I’ll can try one tonight at 4x if you’re interested. I burned three of these discs last night for comparison and this had the lowest PIF rate and best q-score.

Amazingly the best of the 3 drives for jitter @ 8x was my SH-W162C TS10, but it had 5 times the PIF rate. The other drive was 4167B DL12 which trailed the DVR-110D closely on all scores, but had nearly triple the total PIF’s while average jitter was a negligible 0.04% lower. It had the fastest burn time though, beating the DVR-110D by 31 secs which is impressive (same burn speed, much faster strategy). The SH-W162C was almost a minute slower than the 4167B at the same 8x max burn speed.

This disc had stuck to the one below it

, but once again the jitter is low. I ran the transfer test, first time it had some bad slow downs (no where near the pile up) the second time I ran it and didn’t multitask and it was perfect.

Just checked my logs of > 500 analyzed burns, my lowest jitter average ever was 7.24% on a crappy (Acro Circle branded but half of the discs tank on the outer edge of the media) Optodisc R004 DVD-R 4x burned on a Liteon 1633S BS0S. Second lowest was surprisingly burned at 8x on that drive, an unbranded CMC AE1 @ 8x. Most of the lowest scores were of course burned at 4x or lower speeds.

My second-fastest 8x burn was generic GSC003 DVD-R media burned on a 4163B A105. This media has been very impressive but I can’t get it anymore unfortunately. I had one which burned at 8x with 43 total PIF’s on my dying 4163B A104 which would ramp down to 6x on specific 8x media before it started having more severe problems.

One more, this one wasn’t sticking to anything

Again at 4x with nero.

Well I burned one on my PX-716A 1.09 for interest’s sake and it was slower than even my SH-W162C results (PowerRec kicked in above 4G down to 4x with a big blobs of PIF’s although it didn’t peak very high), an even higher avg PIF rate (!), and over 1,000 more PIF’s. The only real positive is that the jitter was the best yet at 8.48% @ 8x. Clearly worth the premium I paid for it…rrrrrrrrrrright. Quality score was the same as the Samsung.

what do you think?

Hey whats up eric, just got my ASUS/Pio DVR-110 and flashed it to A10XLA…
Heres my first burn@ 8x(with nero create data) on some legacy branded media I got free from the egg, “GSC003” Gigastorage? never had this MID before but it seems decent…
Im really liking this burner. Tried it as a scanner with DVDInfoPro for kicks then nero Dvd Speed… heres the results…Also pretty low Jitt…
CBJ, for GSC003 media this is what I gor from newegg for free… 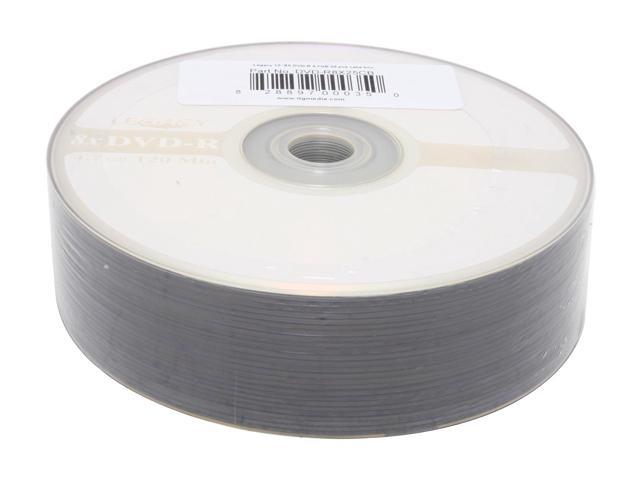 I decided to give nero 7 another shot, and got some interesting results. PIF decreased nicely but PIE and jitter when wacko! All setting were the same as the scan I’ve posted above. Needless to say I’ve switched back to nero 6 (again)

I too went back to nero6 and im never going back to nero7 again (bloatware)
the way it updates is just stupid…serials disapear for my plug in packs etc…
and no update software option like in nero6 when upgrading to latest version…
they really screwed nero7 up in my opinion, that being said nero6 is perfect for me…about to do a total clean install of windows now since I got the new X-Fi card, and so many nero7 install/reinstalls to start with a fresh registry…
after that I will be playing wih this drive a lot more… got a good handfull of mids to try on it…Two versions of MCC003, YUDENT0002, TTG02, GSC003, ProdiscS03, CMCMAGF01, RICOHJPNR02.
So I’ll see how it performs in a bit.

After uninstalling nero 7 I rebooted, then went into the registry and deleted the two main nero folders, and rebooted. No problems thankfully.

I have had excellent results with GSC003 code media as well. Got a big bulk pack of 200 discs which should be more of the GSC003 code stuff so I’ll post a result once it arrives. I chanced across it with some generic media and haven’t been able to find it again since, but this bulk pack of “Cursor” media apparently is Gigastorage’s branded media name.

I’m having problems with you image.

You can attach images when you post, very easily!

When writing your post simply scoll down to “manage attachments”, in there you can choose a picture to upload.

In the future save you scans as ‘png’ the compression is much better.
’

A bit off topic, but to all who keep requesting png format scans it would be useful to provide a link like this

to try to get people to post in png format. Now that I know the benefits of the format (basically GIF/TIFF’s successor, lossless unlike jpg), I will likely use it from this point forward. Prior to this I was just annoyed with people occasionally complaining about my use of jpg but not providing any reason why I should use the format. As in most of life, giving people some informed motivation to change their behaviour is much more successful than just telling them what you want them to do.

To answer eric93se here is the same pictures using the manage attachment method.
Still in jpg though because the png conversion exceeded the 97.7kb limit.

That scan must have taken forever! The read speed line says something like 1.3x.

I don’t care about the time it took to scan, the slower you do it, the more accurate the results are. As it was my 1st scan since i updated the firmware to 1.39 i just wanted to be able to notice the quality improvements and i’m not disappointed by the results.