Anime via BitTorrent - they're finally "getting it"

For most in the culture industry, the chance of the file-sharing program BitTorrent serving a positive function is as likely as Darth Vader joining Habitat for Humanity. The popular program is a well-known tool for downloading pirated versions of...

<nyt_byline version=“1.0” type=" "> </nyt_byline> By CHARLES SOLOMON
<nyt_text> </nyt_text> For most in the culture industry, the chance of the file-sharing program BitTorrent serving a positive function is as likely as Darth Vader joining Habitat for Humanity. The popular program is a well-known tool for downloading pirated versions of films and television series. It has been especially popular among fans of Japanese animation, or anime - especially “fansubbers,” anime lovers who swap their own subtitled versions of programs, and frequently get them into circulation before the original series is on the market. Fansubbers tend to think of themselves as enthusiasts sharing material they love, rather than pirates who buy, sell or horde it. Nonetheless, lawyers are not amused: in December, a Tokyo law firm representing one Japanese anime distributor e-mailed four major Web sites, asking them to stop encouraging the theft of the distributors’ series.

But ADV Films, the largest distributor of anime in the United States, has decided to make the best of a bad situation. To publicize its new series “Gilgamesh” and “Goddanar,” it is releasing promotional packages - not in stores, but via the dreaded BitTorrent. “BitTorrent has been used extensively in a kind of underground environment up until now,” said David Williams, a producer at ADV, in a telephone interview from the company’s Houston headquarters. “There’s a large group of people who have it on their systems. Since this core group already exists, we figured why not give them legitimate material to download that would help them learn about some of our products.”

In late July, as a test, ADV released a trailer for the series “Madlax” through BitTorrent. The positive response led the company to assemble more extensive packages for “Gilgamesh” and “Goddanar” that include biographical information about the characters, images and statistics of the giant robots, promotional clips and links to online reviews.

Dossiers about giant robots might not seem like the highest calling to which 21st-century technology can be put, but as an act of electronic rehabilitation, it was a big step forward. “The response to the ‘Madlax’ trailer was just phenomenal,” Mr. Williams said. “People were excited to see us using this technology in a legitimate way.” Especially lawyer people. 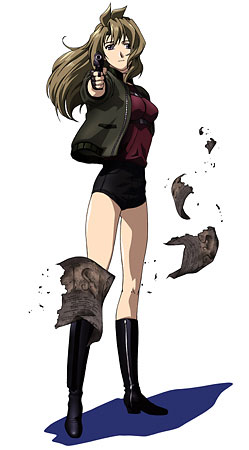