AMD 5nm ( could be soon) Raphael 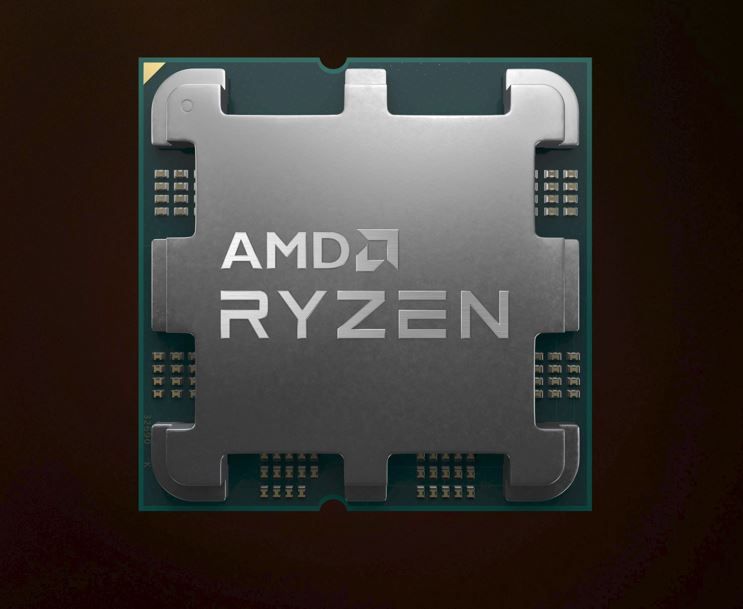 Firing back at Alder Lake

I guess a new machine with a Ryzen 7000 CPU will replace my current Haswell build. However as these CPUs don’t include a GPU, this cannot happen before I can get a graphics card for a reasonable price.

I don’t know if I’ll do an upgrade to Ryzen 7000 when it launches.
In truth, my 8 core i9 9900KF has more than enough performance for my needs.
I think if I had a 4 core Haswell, an upgrade would be due.

Never thought I would live to see 5nm, but here it is. I am satisfied with my 7nm 5950X. Finally running great thanks to Wendy for helping me with updating to the new BIOS.

I think if I had a 4 core Haswell, an upgrade would be due.

At least it’s got hyper-threading. And I always make the “mistake” to equip my machine with lots of RAM. So my current PC is 8.5 years old, but already has 32 GB of RAM.

A new PC would start with 2*32 GB DDR5 DIMMs with the option to fit 2 more later if needed or when they’re cheap. Add a 2 TB NVMe SSD (probably PCIe 4.0 as 5.0 will take a bit longer) and I should get a PC that probably lasts another 10 years unless Microsoft adds further limitations on what hardware they want you to install their latest OS. On the other hand Win11 even works on my Core2Duo E8400 with 8 GB RAM from April 2008 if you know how to circumvent the compatibility checks.

I cant believe I just built my 5950X build and already its out of date. That’s okay, for what I do, its fine, like Liggy and Wendy said, they had computers for many years and still have them, so I can do the same thing, after all when you are in your 80s like me, I don’t even buy green bananas anymore much less think about PCs that aren’t even available yet. LOL

if you know how to circumvent the compatibility checks

As far as new CPU’s from AMD and Intel goes, no plans on upgrading anytime soon, at one point I will upgrade only the GPU on my 5820K, since the GTX960 2GB version, is only “OK?” for games that are +10 years old.
Very happy with the current system since I can do everything (not including gaming) that I need with a 6c/12t machine and 16GB or ram.
I have to say that i am impressed with how fast the transition was from pcie3 to 4 and now to 5, thunderbolt 4 i thing that soon should be available, those are some impressive changes.

I have to say that i am impressed with how fast the transition was from pcie3 to 4 and now to 5, thunderbolt 4 i thing that soon should be available, those are some impressive changes.

Dont tell me you have seen PCIe 5.0 Yet, have you?

No, but reading about it sound interesting.

Yes, I read all the reviews on all the top Hardware forums, and a lot of them said, the real-life use of PCIe5.0 will not be that noticeable, except for when you are transferring files in your home network. I get almost 2gbs now with my PCIe 4.0 Sabrent Plus 2TB NVMe SSD. So I cant imagine how much more it can help me.

Ryzen 7000 interestingly has a max TDP of 170W.
Given its on 5nm, that would suggest at least a 24 core version or perhaps even a 32 core version.

PCIe5 nice to have as it will increase bandwidth. But, it won’t speed up your home network as that is limited by the speed of your LAN. 2.5Gbps is now becoming mainstream for NIC’s, but is still only 250MB/s.

Also, a PCIe5 SSD wont necessarily be faster. I have a PCIe3 SSD that hammers those Sabrent PCIe4 SSDs performance wise.