No need for me to say anymore. Just watch the video. 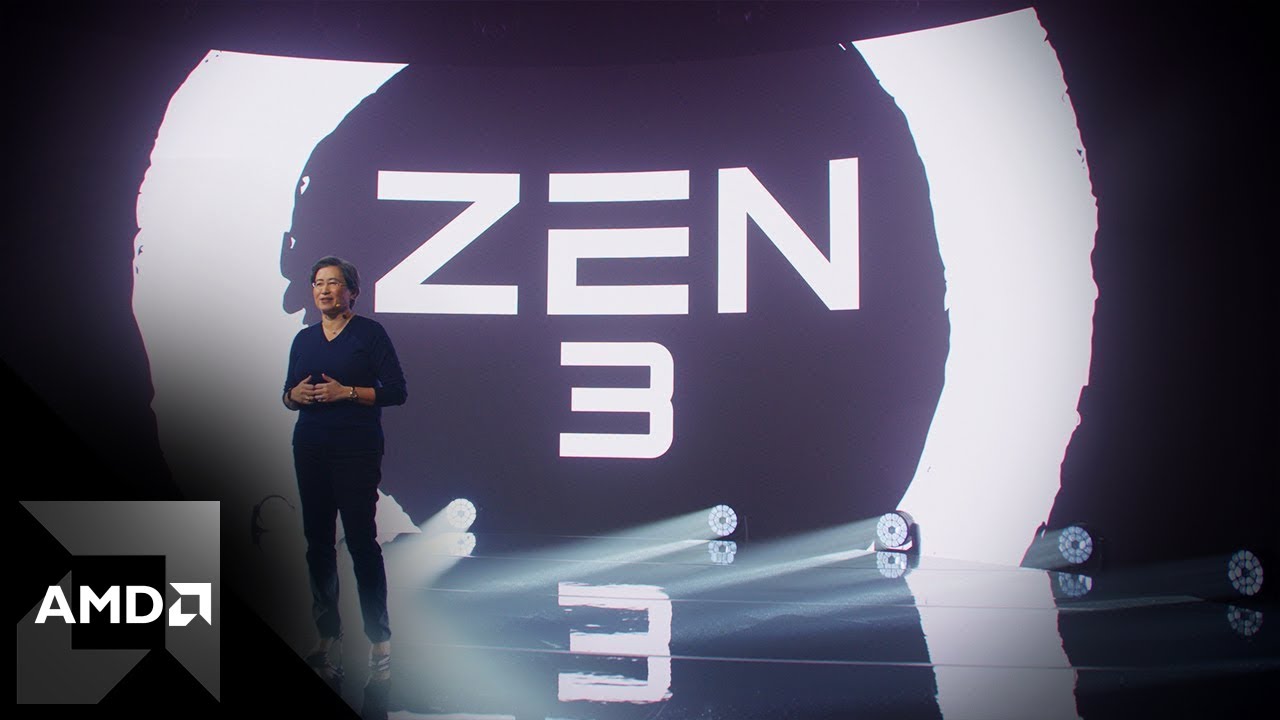 Wow Zen 4, never thought it would come out this fast.Zen 4 launches on 5nm 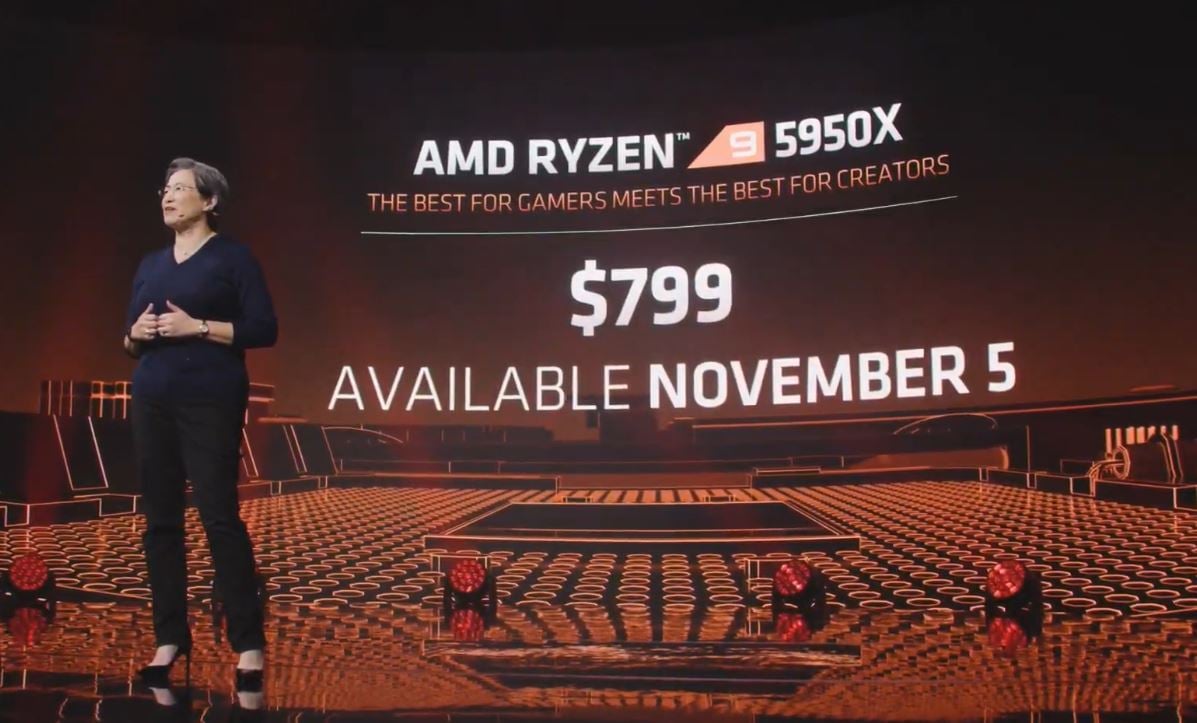 Are these CPUs using the AM4 socket?

Are these CPUs using the AM4 socket?

RTX 3000 series no use for me for gaming either. My 4K monitor was bought because of its colour accuracy, rather than super fast refresh rates. It can only do 60Hz at 4K, and the few games I have can all do more than 60fps at 4K. So no point in me buying something more powerful.

The Ryzen 5000 series are super impressive, and are tempting, and if I was going for one it would be the 5900X 12 core version. But, I’m not willing spend the required amount for that CPU and an X570 motherboard.

BTW. Most of the X570 motherboards already have BIOS updates for Ryzen 5000.

Why did you need 4 of them?

1 for brother 1 for me, i just happened to land on 4 , which i sold the 2 at cost on as much as i could have sold them on for

The AMD Ryzen 5000 series CPU’s have launched, and there are loads of reviews of the new CPU.

According to the benchmarks that the reviewers are running. The Ryzen 5000 series are demolishing anything that Intel has.

The fastest CPU’s by miles.

I wish I could build a new rig but my arthritis wont let me anymore. The pain in my hands is too much, I cant even hold a pen to sign my name.

You have an i9 9900K do you not?
If so, you don’t need anything faster. There is a limit to what us home users can actually justify.

My second PC has the first gen Ryzen 1700, and I don’t feel I need to upgrade.

Same here, I would love to build a 5950X with a 3080GPU but I just can’t, the pain is too much plus I won’t be able to lift it, my 9900K is just fine, maybe I can get one of the kids from the HS to help me, they all know me cause I give my old rigs to them for school. But I don’t game and I really don’t do much more than surf the web and watch streaming content. So I’ll just use what I have for now.

Im going to let things get to normal before slipping a 5950x in. will sell you a 3950x cheap when i do

But I don’t game and I really don’t do much more than surf the web and watch streaming content. So I’ll just use what I have for now.

If that’s your main use. What you have will be good for many years to come.

Hell, so AMD has finally overtaken Intel in terms of gaming in per core performance?

because the last I knew AMD has not been ahead of Intel in that regard since before about mid-2006 when the Core 2 Duo’s were released as before that point AMD was ahead of Intel for years.

but with that said… without checking, I can’t imagine those CPU’s are affordable? ; because personally I can’t see spending more than around $200 for a CPU.

They will be affordable over time. Six core versions will likely be under $200.

I see. I am in no rush to upgrade as I upgraded from a i3-2120 to i5-3550 earlier this year for only $20. because I plan on holding onto my current setup as long as possible (which I suspect will be at least until 2023-2025+ range) as this way when I finally do upgrade it will be a rather large boost.

with that said… in terms of gaming, from what I was reading a moment ago, it seems 8 cores is the safer bet since next gen consoles are supposedly are 8 cores and they seem to dictate the gaming market. but it’s sure nice to see 4 core CPU’s (generally anything i5 2nd Gen or better) hold strong for as long as they have as back in the earlier day’s stuff would become outdated much faster. but with that said… I suspect anything 6-core/12-thread won’t be a real problem for the foreseeable future.

but thanks for the info

p.s. I don’t play much new games anymore but every once in a while something will come along. but since I mostly replay a single player games I liked from a while ago my current setup is anywhere from good enough to pretty strong. even in the last month or so I played some new (or new-ish) releases and my current computer (i5-3550 CPU/1050 Ti 4GB GPU) runs them well enough. basically Mafia: Definitive Edition (2020) (I still prefer Mafia (2002) PC game which is still my #1 video game experience to date as this remake, while good, is not masterpiece level (a word I rarely use) like the original is) and Red Dead Redemption 2 (2018-2019). my frame rate in RDR2 is a bit lower but the game is still passable/playable on my setup at 1080p res with largely higher graphics settings even though the frame rate is pushing it a bit here and there but is largely good enough and I am running pretty much on top graphics settings where it matters like main textures to Ultra etc (but generally anything High or Ultra is strong visually even though Medium can be okay on certain settings etc). pretty much the following video is what I used since the persons reasoning is well thought out for finding balance between strong visuals but also not sacrificing performance too much either… https://www.youtube.com/watch?v=385eG1IEZMU (and for those who want to tweak it a bit further, which I did not bother with, here is Part 2 of the video(Part 1 is the main one though)… https://www.youtube.com/watch?v=C3xQ33Cq4CE )). but for those who opted for the 2GB of VRAM version instead of the 4GB VRAM version of the 1050 GPU will be out of luck as far as the higher graphics setting go as the game seems to consume in the low 3.x GB range of VRAM with the higher graphics settings. but when I bought my 1050 Ti 4GB back in July 2017 I knew I was either getting the 4GB version or nothing because I knew 2GB was already becoming a issue but with 4GB I figure by the time that becomes a real problem, my GPU will be outdated anyways. but with the 2GB of VRAM versions that will become a problem before the general speed of the GPU will which we don’t want. but anyways, I can see why it’s recommended to have a Geforce 1060 range GPU or better for RDR2 since things are not pushing the edge like my Geforce 1050 is (especially at times) because while I am largely ‘good enough’ (like overall the game is still good enough on a 1050 GPU), since if frame rate is pushing it riding the horse in the country here and there, it does not really matter as much until your in a gun fight and in that regard the game is largely good enough even though my frame rate was pushing it here and there which, off the top of my head, seemed to mostly be a issue during gun fights near water which at the time I had the water quality on High setting which later into the game I switched to Medium on the recommendation of that YouTube video since, apparently, it gives a decent performance boost for not much visual loss on water quality when near water.