So I was going to order a motherboard and athlon 64 3000 tonight from newegg (currently running a couple of athlon xp systems). So I figured that I would check fry’s and microcenter first to see whats on sale. Microcenter has an abit ax8 on clearance for 28$ so I jump on it. I figure I can return it if I check it out further and its not what I like. 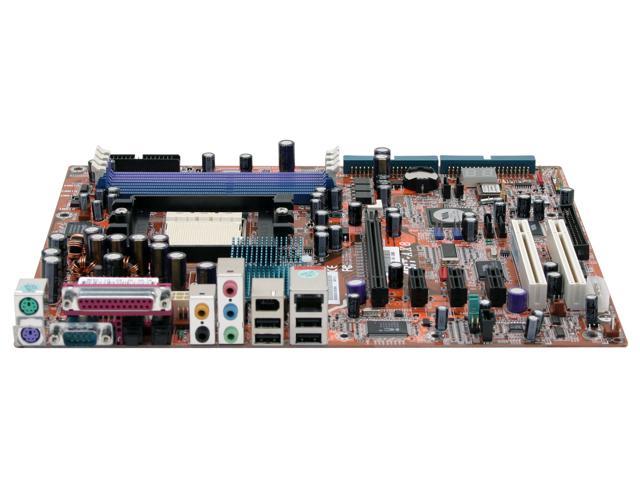 So I get home and realize the piece of crap only has 2 pci slots and 3 pcie X1 slots (I misread the box). That going to make it hard to run a second pci video card for tv output, a tuner card, a sound card and perhaps a raid card.

Also, it doesn’t support athlon x2 cpu’s (which would have been a big future upgrade issue with an expensive board).

It does have dual 2 channel sata raid (so 4 but in pairs).
It has 3 pata channels so 6 opticals (SWEEEETTTT), but my cases only take 4 each so 4 opticals and 2 pata drives (non raid).

I do still have the two athlon xp systems so maybe I could work something out on the tv output/tuner thing.

Its within my budget to spend 150$ on a motherboard to get exactlly what I want but its quite tempting to give this one a run (for only 28$). Any thoughts on this motherboard or opinions on what to do? What would you do?

If you can afford to keep it and get the other one too, then keep it for a second build or as a backup.

I can afford to keep it and another asuming the other one isn’t a 180$ board (drops my limit to 150$ or less). I’m not going to return it as a few friends already said they want it if I don’t keep it, so its just a matter of if I keep it for myself.
I’m in a rush to get the cpu while they are still avalable, as the athlon 64 3000, 3200 and 3500 have been discontinued if I am not mistaken. The 3000’s are gone at retail stores (and newegg is even out of one model of the 3000). Part of the rush to get a 3000 before they are gone is the price dropped to 109$ (I paid 111$ free shipping last night). A month ago they were 160$ or more. I’m kind of worried that what happened with the athlon xp’s will happen with the athlon 64’s. They discontinued the lower model athlon xp’s and the prices on the higher models skyrocketed. They still cost twice the price they did 2-3 years ago (I got and athlon xp2500 w/ecs motherboard for 65$ from frys 2 years ago, and an athlon xp 2400 w/ecs motherboard from frys for 80$ 3 years ago give or take).

I already ordered the cpu so I’m tempted to just keep and run this board for now. If I’m not happy with it, it will give me time to find the motherboard I want (I tend to do a substantial amount of research on that kind of stuff which takes a while), and like you said, it gives me a backup board cheap for trouble shooting and or a second system. Who knows, maybe right before the last of the 3000/3200/3500’s are gone, there will be a few really cheap and if I’m lucky enough to get a deal I can upgrade two systems to 64’s?

ripit, you could keep it around until you hear of someone who needs a new computer and sell it as part of a build. S939 Semprons should be more available by then and you should be able to build a budget box for less than $200 total, esp if you’ve got old video cards and CDROMs lying around.

I thought I’d read that AMD had more or less discontinued the 3000s, but not the others. Mind you, I’ve also read that AMD is interested in a “fast transition” to AM2 architecture, so who knows?