Now… I know you guys don’t recommend Dell for some reasons so please help me building a new PC! Note that the last time I build from scratch was like a decade ago. :o

I’m can throw a bit more but no more than $800 total, if possible. I wanted to meet or even beat Dell specs above.

Here are some requirements:

Good luck beating there specs. You’re one guy, so you don’t have any purchasing power.

What you save in labour you’ll lose in the cost of each component.

Building is fun, and you can put in what you want. Can you handle being your own tech support guy?

Ok I’m assuming you have the ATA133 cards and the SiL680 for your drives. And since I know AMD systems better, I’m trying to do this with a 939 rig.

Starting with the Thermaltake case after the rebate…$120

Comes to $846 without shipping.

All prices at Newegg, but I’m sure you can cut some of it down by shopping at Zipzoomfly. You can cut some corners here and there with other choices— different motherboard or psu for example, but I put in what I would get if I were building it for myself. This might be a starting point anyway.

One of the hard parts is getting enough pci slots for your controller cards. The non-SLI boards have more pci slots, but few have built in firewire. There is a DFI board I looked at that has three pci slots and firewire, but didn’t know if you’d want to consider it. Link

P.S. I just ordered that Dell LCD for myself, so I know the price is good. You may or may not have to pay tax on it though.

Maybe you can take the Dell components out…

Sell those cheap burners, PSU, and Dell case at ebay for 50 bucks.

So no need to buy little stuffs since they includes keyboard, mouse, thermal paste, and even Windows!

If you are interested in performance and tweaking, you’ll find that in most tests the AMDs obliterate the Intels (Intel sometimes still wins on video encoding, which is something I think you and everyone else who uses DVDShrink/Nero Recode etc finds important), but I don’t think that AMD’s lead will last long. When the Intel Conroe’s come out in July, AMD will have to have something they haven’t yet announced waiting in the wings. The sneak previews for Conroe look good, and Intel has indicated it will offer aggressive pricing (for once) on both the new and older lines.

Now is not really a good time to be building a PC, particularly if you have “future-proof” in mind because both AMD and Intel are in a transitional period. The aforementioned Conroe is likely to require a new chipset on the mobo, and AMD’s new AM2 (utilizing DDR2 memory) will be revealed at the end of May. For AM2, that means new 940 pin CPUs and - of course - new mobo designs.

What is it, exactly, you hope to see in a new computer? I like Kerry56’s choices across the board, but if you’re never going for an SLI video card setup (two expensive PCI-e cards), you might consider the MSI K8NGM2-FID. It’s $20 less, has good onboard video (GeForce 6150, saving you an additional $45) and I can confirm it comes with every bracket imagineable: 2 extra USB (6 total), 7.1 channel audio outs, SPDIF in/out connector, video out (composite, DVI, VGA, and S-VHS), and they even throw in a Molex->SATA power connector, SATA data connector, 40-pin floppy cable, 80-conductor IDE cable, and a custom ATX connector faceplate for the case. It has a single PCI-e x16 slot (AGP is disappearing fast nowadays) if you get tired of the onboard video, but only two PCI. It comes with a firewire port, and a header (but no cable) for another one. 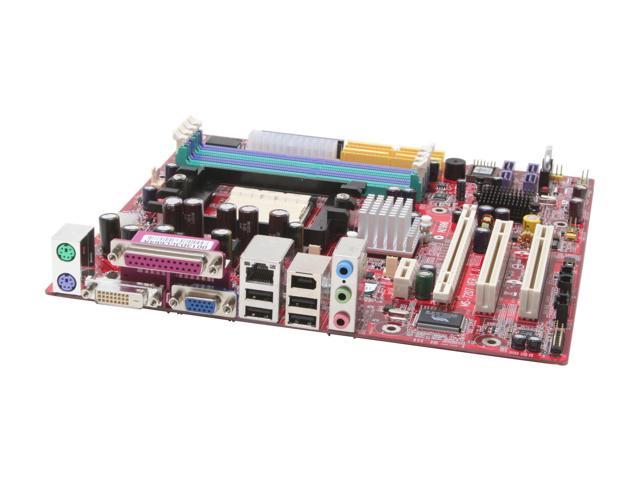 I just noticed that the Dell systems were using dual core Intel chips. They’re not as good as the AMD dual core models, but they are significantly cheaper. Don’t think you can approach the Dell prices building it yourself and using a dual core AMD cpu.

Some comments about that configuration below:

Mainboard: Nothing extreme, it’s a solid mATX mainboard featuring 2 IDE channels and 4 SATA channels. The builtin graphics is good (for being integrated that is) and is pretty much equal to a Radeon X300SE, if you want later on there’s a PCI-Express slot available so it shouldn’t be an issue. You also have two PCI-slots and one PCIe slot for controllers cards or whatever you want to add although I do belive that the PCIe slot will be blocked by the video card if you decide to get one later on. It also offers HDTV (component) and DVI/VGA output which may be a nice little bonus for you americans since HDTV-sets is a lot more common than in Europe. There’s one issue with this mainboard though (actually the SB450 southbridge in general) and that’s USB 2.0 performance. It’s not the greatest around (it works well for cameras and other input devices) but it may be a bit slow for external HDDs (around 15-20mbyte/s). I have this mainboard myself and I cant say that it bothered me much and I do like the fact that it doesn’t use the nCrap chipset. Oh yea, it also offers HD Audio

Case: In order to stay within budget I had to go with a bit cheaper case, it offers 5 3.5" drive bays and also 5 5.25". It’s not exactly what you’ve asked for but I think it’s the best case you can get for this kind of money and its way better than what Dell offers.

Monitor: Scanning newegg and ncix I found that this monitor seems to be a good bang for the buck, I havent seen it myself though but it looks good on the paper at least

HDD: Nowdays 250Gb is the smallest drive I’d recommend you do get due to space/performance/price. Also, since originally planned on getting a 160Gb drive (and still use older ones from your old computer) you’ll save one bay (I figured you have a 80Gb drive in your old comp probably)… =)
As for brand Hitachi T7K250 has gotten very good reviews regarding performance and there hasn’t been any reports of bad batches or so (no flamewars about this thanks).

PSU: FSP makes good value PSUs (you’ll find their PSUs in many branded computers) and this perticular model offers a 120mm which helps ventilation greatly while still keeping noise at a comfortable level. Silentpcreview.com should have a few reviews with FSP PSUs if you want to read up a bit.

RAM: We all love Corsair dont we?

CPU: Well, we had a budget and it’s a bit slower than the dual core CPU in multithreaded applications although faster than both CPUs when it comes to single threded applications (games, compression applications etc).
http://www.pcper.com/article.php?aid=145&type=expert&pid=1

As you’ve said yourself, you probably need an additional controller card if you want to make use of all drive bays…

If you still wanna go Intel I’d say ASUS P5RD2-VM and Intel Pentium D 820 although you would break your budget by 20 bucks or so for pretty much the same thing (faster USB 2.0 performance though). Keep in mind that P5RD2-VM uses DDR2.
http://www.newegg.com/Product/Product.asp?Item=N82E16820146580
//Danne 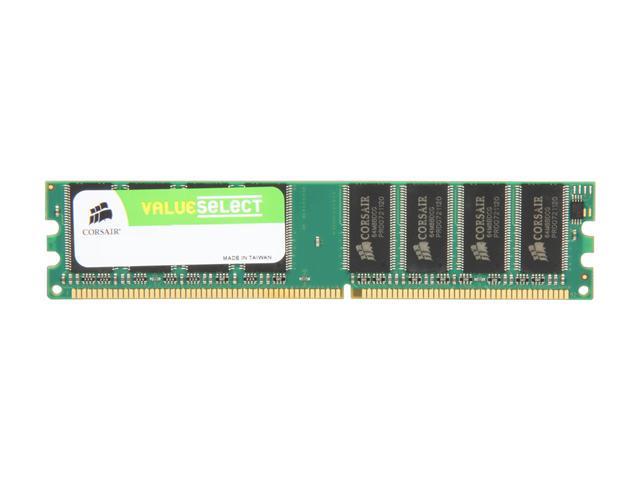 I just bought an open box HP A1230N last weekend at CompUSA. It was a red tag sale.

I already have a monitor.

News, reviews, tests : all you need for computing,new technonogies and webservices on Tom's Hardware

DiZzy: I like the case, looks nice. I really wanted the Armor case like Dee-27’s (she has the silver one here) but will consider for $100 lower like yours.

I will have to do more research compiling your suggestions. I’m not a gamer, too old.

But I often do heavy graphics with Pinnacle, Premier and some other GIS work stuff. Will post back with my findings. Meanwhile, if anyone has more suggestions please feel free!

PS: crossg, thanks for resizing the attachment.

Mind you I did have to buy a PSU (Seasonic S12 600w) & water cooling system.
This would probably be your budget as good as gone.

Please let us know what, if anything, you do get Zevia. BTW, the MSI K8NGM2-FID I recommended above has four SATA-II NCQ ports. There’s a very long and detailed anandtech forum thread about this mobo here:

Please let us know what, if anything, you do get Zevia.

Here’s another question. If I want to fit 8 DVDRW, 1-2 SATA HDD and 4 of my existing IDE HDD, which mobo/cpu combinations you guys recommend?

This means I need a mobo with 2 IDE channels (4 DVDs) and 2 PCI for the other 4 DVDs and 4 IDE HDDs. The other problem is my firewire cards are all PCI, unless the mobo doesn’t have firewire onboard then I’m out of slot. I don’t feel like spending 65-80 bucks for a new PCI-e firewire card.

How large are your current harddrives? If they’re less than 160Gb I would recommend you to replace those with larger drives for noise, performance and convenience when you have time and money (and by that reduce amount of connected drives). As for IDE controllers do you have any in your old computer or do you need to buy that too? They’re pretty expensive (good ones) and I would recommend you to reconsider if you really need all these devices. If you still want all the MSI-mainboard I suggested earlier can still handle all of it. Keep in mind that having two identical controllers may cause some issues. I’m also a bit worried if 450W will be enough to power all this.
//Danne

That would require at least 8 5.25" drive bays and 5 3.5". Have you considered keeping your old for older burners / hard drives? I think would be a better idea.
//Danne

Danne, thanks for staying with me. I was trying to max its usage (for future). At the moment I’m thinking to fit only a few DVDs (4-6) and slowly upgrade the old HDDs with larger size SATA. In the mean time I can keep my other DVDs on externals, that’s why I still need 1 or 2 firewire ports.

The Armor case was one that I had looked at before I bought the Stacker, and I liked the fact that the hard drive cage doesn’t take up any 5.25" openings. But I liked the dual PSU option more since there aren’t too many PSUs with 8 four-pin molex power connectors for the optical drives, in addition to the rest of the components. The two PSUs (550-W and 500-W) I got were roughly $120 after savings.